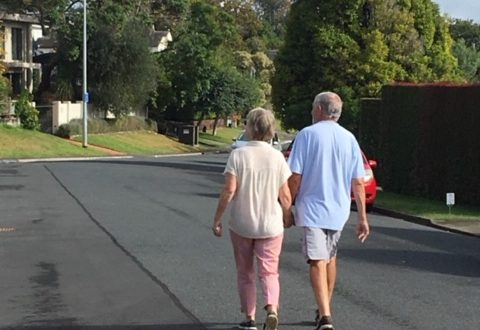 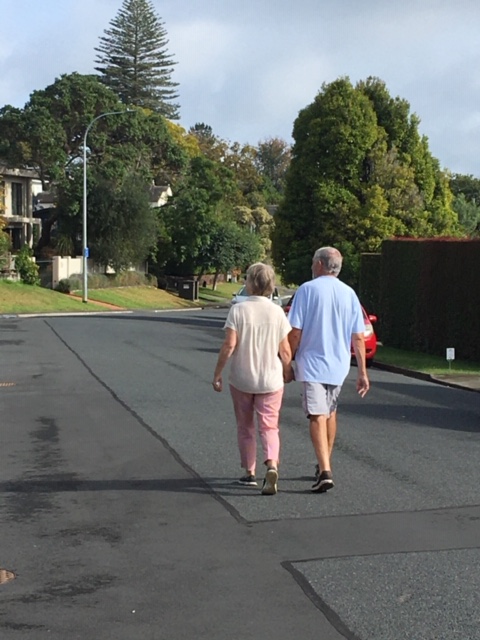 The days seem to have melted away with not very much to show for them. Our house could do with a declutter, the windows need cleaning, and the stack of books by my bedside remains unread.

Since the national lockdown began 4 weeks ago I have walked around the block zillions of times to keep fit, or just to feel the sun on my face and breathe the air outside, fresher now that the constant flow of traffic has stopped.

And now the end of Level Four is in sight, just one additional week and hopefully then there will be a quick descent down the levels and the arduous process of rebuilding our economy can begin.

I have been creating a visual diary with the camera on my cell phone as I walk. These snapshots will remind us in years to come of how our neighbourhood looked then. The empty streets, apart for a bus which drives by hourly without any passengers on board and a constant stream of courier vans delivering parcels. Walkers exchanging friendly greetings while veering away from each other. Dads walking around the block with their little ones riding on their trikes. And the dog walkers whose pets occasionally strain at their leash, keen to have a sniff and a roll around in the grass as dogs will do. 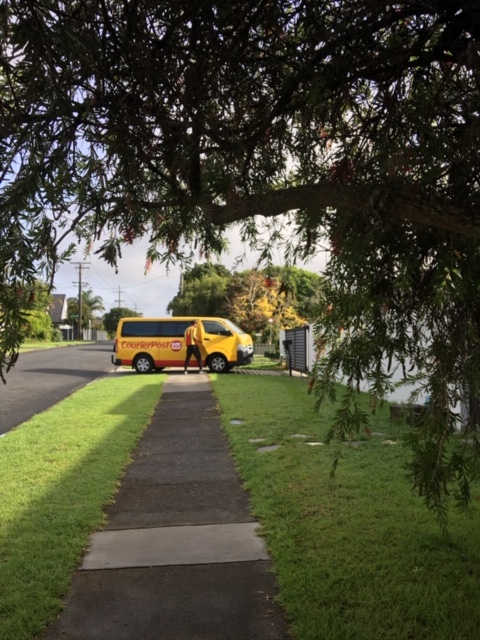 Slowing down and being open to what is happening to my surroundings is calming, a kind of walking mindfulness. I capture the playful shadows cast by apricot rhododendrons against a wall, a late flowering cerise coloured bougainvillea, pure white camelias and scarlet cotoneaster berries

On an unmown grass verge I come across dozens of tiny spider webs. Even if I had a telescopic lens, I doubt that I would be able to see the miniscule spiders who wove them.

Leaves are showing their autumn colours now. Especially eye-catching are the golden yellow wattle trees. A parked car underneath one has been showered by their falling leaves.

There have always been tui in our neighbourhood. High up in the bare branches of a tree, silhouetted against the sky, one is singing its heart out. But recently we have also spotted fantails, wax eyes, and the occasional kereru. 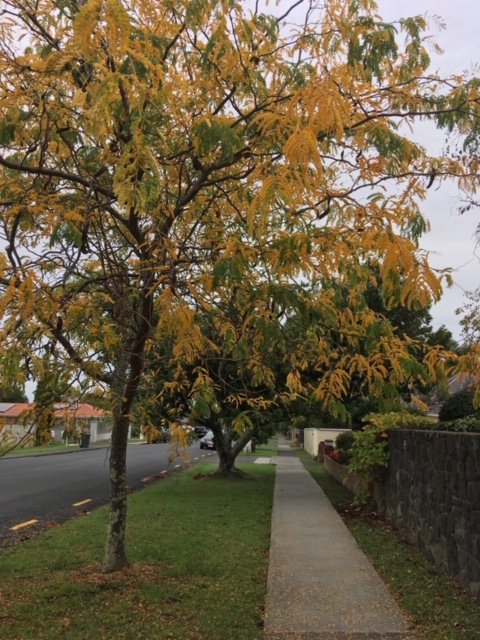 The birds are fiendishly camera shy. I am beginning to suspect they see me as paparazzi, or that they are taking social isolation too seriously. Before I even get to within ten metres of them, they invariably turn their backs on me and fly away, except for a white-faced heron strutting casually across the road. It is a rare sight, I have never seen one of those in our neighbourhood.

On the other side of the world, wildlife is also taking to the streets during lockdown. Deer are venturing into London suburbs, goats are taking over empty Welsh streets, and wild bears have been seen strolling around the Israeli the city of Haifa. Here there are just cuddly teddy bears behind windows playing their part in the national bear hunt.

Close to home there is a small act of kindness. Some-one has left bags of surplus feijoas on the top of their letterbox for anyone to take. Once home I wash the door handle, the plastic bag and the feijoas in soapy water and religiously scrub my hands as one must these days. Later that day I return to put a Thank You card in their letterbox.

On the last day of week four the world celebrates Earth Day. The news is good. During the global pandemic earth has been the winner and global pollution and emissions have gone down significantly.

Our quieter neighbourhood has been kind to our earth too. And it could remain the new normal if only more people walked or took public transport to work instead of hopping into their cars, and the friendliness and care we have shown to our neighbours during lockdown was continued. That would be great!

Previous Article Baked pumpkin seeds
Next Article Worried about shingles? How to spot them and what to do 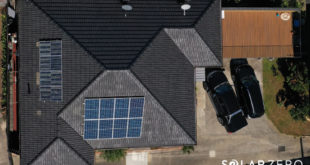