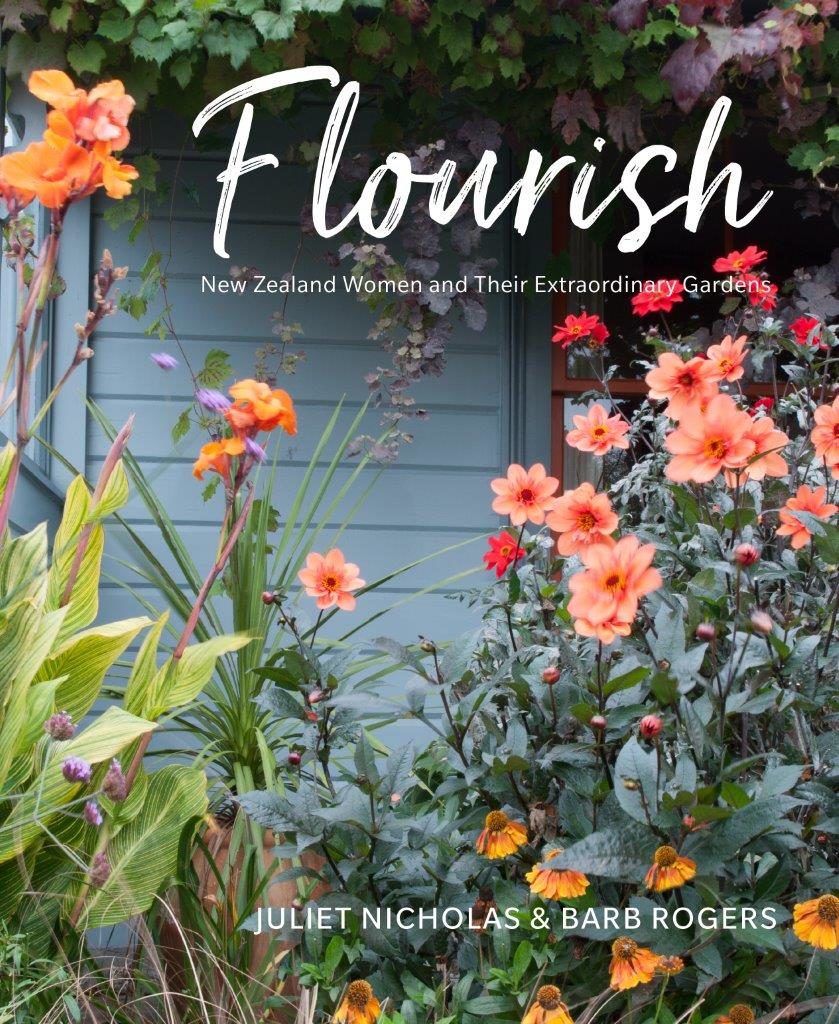 Flourish celebrates the achievements of 26 passionate and talented women who have created some of New Zealand’s most outstanding gardens.

Scattered from the Far North to Stewart Island their gardens took years to plan and develop into the works of art they are today.

Not many wives would appreciate being presented with a block of coastal wetland on the Kapiti coast for their 50th birthday by their husbands, but Gillian Deane relished the challenge. She vowed to restore it to a bush-clad beauty spot, a daunting task in the harsh wind-blasted maritime climate, and is well on the way to achieving it. Her next big task is to fell 12 ha of mature pine trees and replace them with natives. Who will wield the chainsaw I wonder?

Many of us will eventually move to a smaller place because a large house and garden are becoming too hard to maintain or the need to free up some money for our retirement. For those who love their gardens, this can be a daunting prospect. One woman who has proved that small can still be beautiful is Loena McCormack from Mission Bay. She loves to relax in her pocket-sized tropical paradise where she has planted a dramatic Pasifika garden in deep concrete planter boxes.

On Stewart Island (a rugged frontier, next stop Antarctica) Raylene Waddell and Ronnie, her beloved Scotsman, had planned to spend a blissful retirement but sadly he died a few years into their new life. She takes comfort in her garden where birdsong can be heard all day, every day. A special feature is the garden paths paved with oyster shells to suppress the weeds and keep the paths walkable in muddy weather (she insists they didn’t eat them all!). Hers is a friendship garden; some plants came from cuttings brought by early pioneers, others from the gardens of friends, family and garden club stalwarts.

In Akaroa Josie Martin has created playful garden surrounding her  restored Victorian Villa “The Giant’s House”  Her planting style is unconventional – colour and texture, sweeps of succulents and bright blooms coexist  happily with her mosaic sculptures a which include cavorting acrobats, a pirate ship, a larger than life Marcel  Marceau and some Nosy Parkers.

Passengers from cruise ships, tourists and travellers make frequent visits and it gives her enormous pleasure to see the smiles on their faces as they walk (or sometimes feel moved to dance!) around her garden.

It can be a bit of a mission to find just the right Christmas present for an old person living in a small room in a rest home.

When my mother in law had to go into care I think she would have loved to receive Flourish for Christmas. A keen gardener all her life she would have enjoyed leafing through the pages and looking at all the lovely photographs of plants and flowers, many of which she would have been familiar with.

And when it became difficult for her to read because of her dementia, we could have shared some the stories with her which would have given us something to talk about when it became increasingly challenging to find topics of conversation as her world had become so small.

Flourish would be a great gift for anyone who loves gardens. It might even inspire those who have never lifted a spade to give it a go. For those who don’t know where to start Lynda Hallinan, former editor of the NZ, and a self-taught gardener has some good advice:

“Conquer your fear of failure and just plant something. Do your own thing. There are no rules. Grow from seed. Be kind to bees.”

I put her words to the test recently while my partner was hobbling around on crutches unable to mow the lawns and plant the vegetable seedlings. Stepping out behind the lawnmower for the first time felt very liberating! 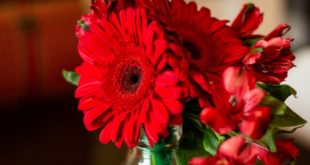 Christmas is coming, and there’s no better way to prepare for it than with gorgeous plantings of red, white and green. Plant in narrow beds along the path, or in pots on the deck where your living festive colour will receive the attention it deserves.