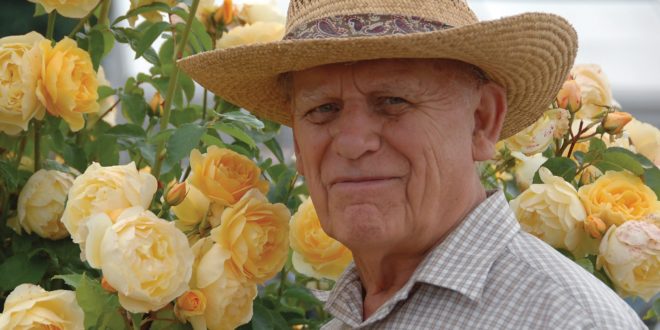 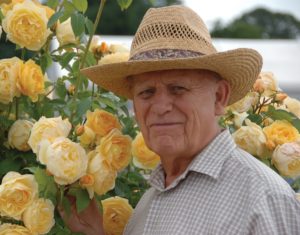 As 2018 drew to a close, the world of roses mourned the passing of David Austin aged 92 at his home in Albrigton, England.  There are probably few gardeners who wouldn’t have heard of David Austin or English roses and anyone with a keen interest in roses would have grown at least one of the 240+ varieties bred by David Austin over the last 50 years.

From an early age, David Austin had an interest in gardening although it wasn’t until his early 20s that his passion for roses begun.  He grew both the old fashioned and modern types of roses and this is where his idea for combining the best of both worlds came from – the form and scent of old roses with the colour range and repeat flowering of modern roses.

The first Austin rose was ‘Constance Spry’ which was introduced in 1961 but alas, this only flowered once. Further breeding led to repeat flowering varieties being introduced in the late 1960s. As no other nursery was interested in growing them, David Austin set up his own nursery producing both English roses and a wide range of other rose varieties.

It wasn’t until 1983 when David Austin had his breakthrough moment with the release of ‘Mary Rose’, ‘Heritage’ and ‘Graham Thomas’. It was the latter that captured the most attention both in the UK and around the world. David Austin was now on his way. Over the years, the breeding program has increased in size and the standard of seedlings has also improved with many of the newer varieties superseding those earlier ones.  Nowadays, around 350,000 seedlings are produced each year with only a handful making it to market around 9 years after pollination.  A range of cut flower varieties for florists have also been introduced and have become very popular overseas.

David’s eldest son David Jr joined the business in the early 1990s and is currently Managing Director while his son Richard is Head of Marketing. Many of the staff have been with the company for over 15 years so the business is in good hands heading into the future.

David Austin’s work with roses was recognised with an OBE in 2007, the Victoria Medal of Honour from the RHS and the Dean Hole Medal from the Royal National Rose Society. He also received an honorary degree from the University of East London. ‘Graham Thomas’ is also the only English Rose to be inducted into the World Federation of Rose Societies Hall of Fame.

David Austin’s legacy to all rose lovers is the creation of a whole new range of roses and his vision and persistence to see that they became accepted and loved around the world today.

In the Rose Garden for January:

Previous Article Joke: Regular feeding
Next Article Common cruise ship injuries (and how to prevent them) 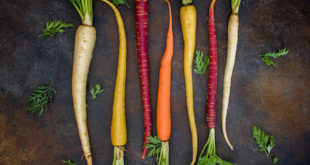 If you’re a gardener, you’re probably feeling irritated that your otherwise perfectly sound produce is ...