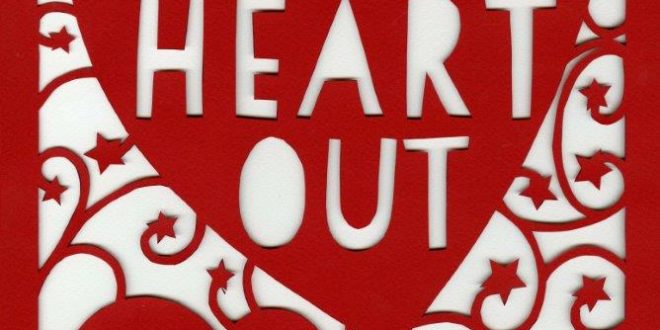 Eat Your Heart Out is saucy Peta Mathias’s new book of love stories from around the world. Over the years, while on her gastronomic travels, she heard countless lovelorn tales. Once home she researched and unearthed more and has now retold them in her usual irreverent way. 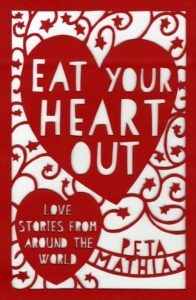 There is poetry in her book too including the lines penned by an adoring Elizabeth Barrett Browning to her husband, fellow poet Robert Browning, which starts with:

‘How do I love thee? Let me count the ways.

I love thee to the depth and breadth and height

My soul can reach.’

He wrote a much steamier one back to her.

Wooing is out of Favour

“Wooing or Courting some-one you desire is one of the great pleasures of life, alongside eating the fat on your meat and singing in the shower.”  writes Peta. She regrets that this ‘ancient’ custom has fallen out of favour with many and has been replaced by Internet dating. But follows this up with a recommendation for the best dating site from her millennial niece who met her boyfriend online.

Love can be cruel as well as kind.

Her friends in Puglia told her the story of the woman who buried her lovers’ severed head in a pot of basil. She decided not to include it in this book as she already had enough gruesome stories including one about St Valentine day. When it was discovered that St Valentine had been marrying lovers secretly and converting them to Christianity Emperor Claudius ‘killed him by beating, stoning and finally decapitating him.

Pete Mathias herself once received 12 Valentine’s Day cards. As it turned out they were all from the same person.

The Nectar of the Gods

Ah, wine and love sighs Pete.  ‘Yes, it might be regarded as an aphrodisiac and a social lubricant, but sadly there is a fine line between enough wine to get randy, and too much resulting in an inability to perform at all.’ She shares some pertinent research including a study by an Italian who stated that red wine in more effective for men as it purportedly increases testosterone levels (but only if they limit themselves to the perfect dose of two glasses). After that there would be lowered testosterone, lowered mood and lowered desire.

One of Literature’s most famous and long-lasting relationships was between Gertrude Stein and Alice Toklas.  After she was widowed by Gertrude’s death, she wrote one of the world’s bestselling cookbooks of all time,’ The Alice B. Toklas cookbook,’ while in her seventies. It is rather amazing, as Peta Matthias points out, that she lived to such a ripe old age as there were ‘stupefying’ quantities of butter and cream in almost every recipe. One of her scrambled egg recipes required 8 eggs and half a pound of butter’

Thomas the goose and Henry the swan:

It’s not just humans who fall in love. Peta has included the true story of how at the Waimanu Lagoon on the Kapiti Coast Thomas the goose and Henry the swan were gay lovers for 18 blissful years until a young female swan spotted Henry and their lives were irrevocably changed.

The Food of Love

In between the stories and poems, she has also scattered a handful of recipes to put one in the mood for love.

Peta assures us that her famous flourless chocolate and almond torte has the same effect on the body as an orgasm, due to the small amounts of theobromine it contains, which release endorphins and serotonin. (She herself almost married some-one after being given this cake)

And should you want to impress a lover and get them eating from your hands, she suggests you cook them quail with roses. Maybe not for everyone?

My chosen food of love would have to be her home-made hokey pokey ice-cream which sounds scrumptious.

If you have a few hours to while away the time and dip into this entertaining book you are bound to learn something new about that phenomenon known as love (and who knows what that might lead to?!)

Eat Your Heart Out is by Peta Mathias. Imprint Random House NZ. RRP $35.

Previous Article REVIEW: Mophead
Next Article The tide has turned – river cruising at its finest

Lyn reviews: The Midnight Adventures of Ruru and Kiwi

My First Words in Maori. 50 Flashcards.

Maui’s Taonga Tales: A Treasury of Stories from Aotearoa and the Pacific