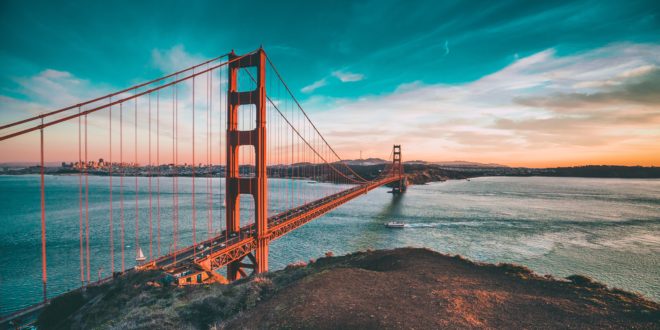 Just recently my wife and I had occasion to visit New York and stopped off at San Francisco on the way.  It was yet another opportunity to visit two great cities, which together epitomise the great divide between the eastern and western coasts of the USA – separated by the mid-west and what seems increasingly to be Trump country.

San Francisco was the first stop on the itinerary, and really just an extended stopover on the way to New York.

San Francisco reminds me strongly of Wellington and to some extent Auckland in New Zealand.  In all cases with the city dominated by the harbour and the surrounding geography.  We only had a short time in San Francisco so did a selection of the things you do in San Francisco – we caught the tram to Fisherman’s Wharf, walked through and had coffee and a meal (great coffee in San Francisco!) at the Ferry terminal and caught the return ferry to Sausalito on the other side of the bay We  rode on a cable car caught mid-city down to the waterfront and had a look at Union Square, Not bad for about 48 hours.  If we had had, more time we probably would have visited the wine country in the Napa Valley to the North. 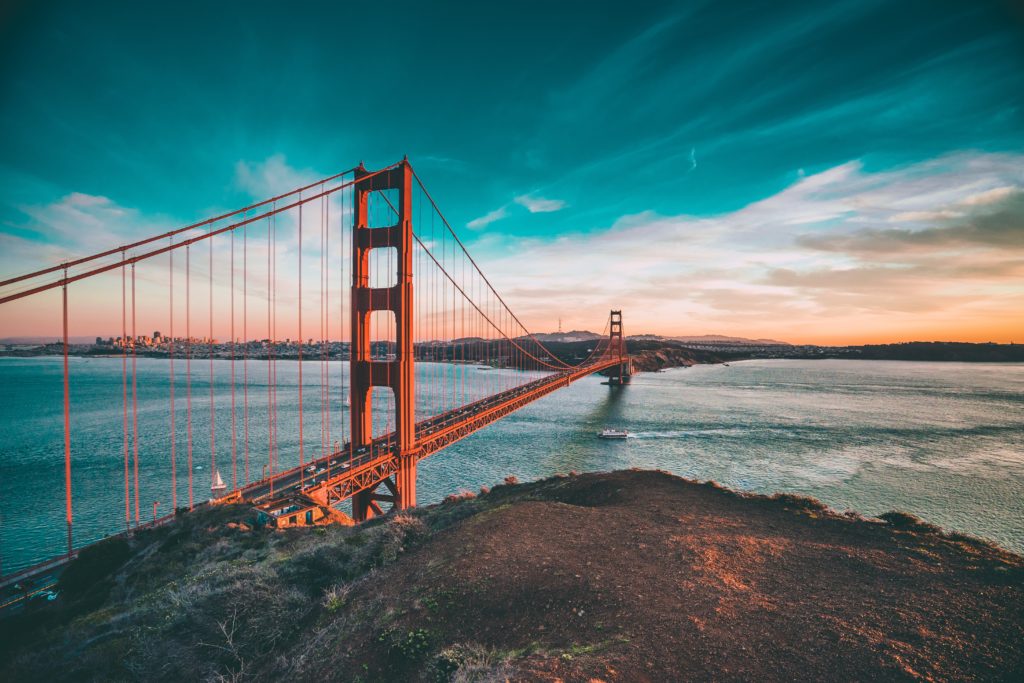 I love the San Francisco people who are always willing to talk and clearly enjoy life.  I love the huge range of fresh produce always available at the market.  And there is an informality about San Francisco which makes you comfortable from the time you arrive.  However, I always feel a bit limited by the city, which is crazy if you consider its population, but there it is.

New York – and I mean principally Manhattan Island – is a quite different experience.  They say it is the city that never sleeps and the indications from staying there are that it is true.  While San Francisco is “laid back” New York seems always “on the go”.  One of the great attractions of New York too is the diversity of the population, reflected in the in the nature of the various neighbourhoods.   One trip we did while there, which I would recommend, is the circle tour of the island on the harbour.  This gives a great view of the different areas, with a particularly striking difference being the skyscrapers built on the solid rock portions of Manhattan, compared with the low rise developments on the rest of the island.  The circle tour also gives a good appreciation of just how large Manhattan is.  Going from one end to the other by road or the metro is a good 30 to 40-minute trip.

A “must” for visitors – if not already done on a previous trip – is to visit the site of “Ground Zero” for the 9/11 disaster.  The treatment of the site is nothing short of spectacular, particularly when the relatively short time frame is considered.  The sensible decision was made not to rebuild on the same site but to build two new trade towers nearby – the site of ground zero is occupied by two waterfalls – one for each tower block – which start below ground level and seemingly disappear into the ground.  The experience is one of complete tranquillity.  Nearby is the 9/11 museum which is well worth a visit and gives a good feeling for what actually happened.  It includes both commentary and twisted remains recovered from the buildings after the collapse.

(As an aside, the speed with which America decided what to do with the 9/11 site and did it! contrasts so much with how long it has taken Christchurch to deal with the issue of the earthquake-damaged Christchurch Cathedral.)

You can’t visit New York without also visiting Broadway – the home of American musical theatre. So indeed, we did, taking in both “Wicked” and “The Lion King”.  While in the area we also took look through Macy’s the famous department store, but in many ways, it is just too big. Finding what you want is a real mission although without doubt they will have it – somewhere!

One of the features of New York is Central Park which covers a very large area right in the middle of the city. However, while it is a feature – and a great place to relax away from the hustle and bustle of the city – I guess it is no different to other great cities, eg London in the UK, which also have splendid green spaces,

I love the yellow cab taxi system in New York.  You have to hail a cab from the sidewalk rather than going to a taxi rank, but it is rare to have to wait for more than a few minutes before an available cab comes past.  The fares are also very reasonable but beware the large distances that can be racked up in a place the size of Manhattan!  Everyone seems to pay by credit card and they now have a simplified system for feeding in the obligatory tip.

Talking about tipping, that is one side of the US that I dislike and I think most New Zealanders would concur.  There is the hassle of deciding how much and I hate the principle anyway.  However, it was noticeable on this trip that all the restaurants have now simplified the system so that they pre-calculate a range of tips so all you have to do is select the one that you think is appropriate.

So, two great cities – where would I choose to live if I had that choice?   I think I would pick New York in part because it is the centre of so much that is going on and for its diversity.   As it happens my wife would probably choose San Francisco because of the laid-back lifestyle and I would be happy to go along with that choice. So, it really does depend!

Previous Article What’s in a walk? Why walking 30 minutes every day is good for your health
Next Article Joke: If my body were a car