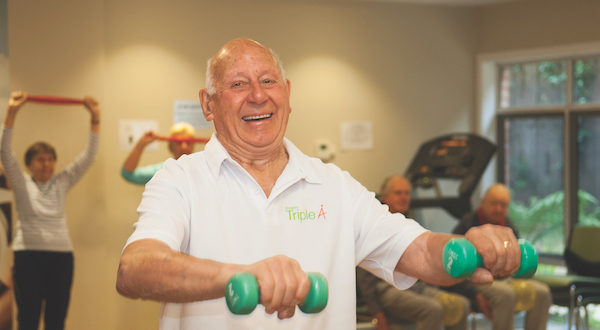 Exercise and movement are important at any stage of life, however as we age we can sometimes neglect this aspect of our lives.

Ryman Healthcare’s Triple A (Ageless, Active, Aware) exercise programme is based on the belief that you are never too old to exercise – you’ve just got to choose the right way to do it.

In 2018 ACC Minister Iain Lees-Galloway discovered this for himself. He was put through his paces alongside some seriously ﬁt senior citizens at Julia Wallace Retirement Village in Palmerston North.

The minister joined Chief Executive Gordon MacLeod and around 30 village residents — some aged in their 90s — for a Triple A circuit class.

The minister was promoting ACC’s ‘Live Stronger for Longer’ programme, which is an initiative of the New Zealand Government, the Ministry of Health and the ACC. It aims to prevent or reduce falls of older people by having them attend strength and balance classes. ACC decided to assess existing classes and those that qualified could be accredited. This way the public would know which classes are approved.

Ryman’s Triple A classes have now received this formal accreditation. The programme was created to prevent falls and fractures in over 65s. It includes strength and balance classes across New Zealand, and online resources.


“It was really enjoyable just being part of the group,” Iain Lees-Galloway said.

“It’s obviously having a really positive effect because there are some very ﬁt people living here.”

Ryman’s Triple A classes have been running for 11 years, Gordon said.

“It started off small, but we now offer 765 classes a week across all our villages. That’s literally thousands of residents enjoying the beneﬁts of a more active lifestyle every day.”

According to Rebecca Logan, Sport Canterbury’s Community Groups Strength and Balance Project Leader, a class or programme needs to meet nine criteria before it can be accredited. 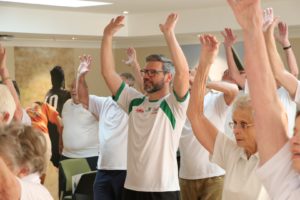 These nine criteria include that the programme must improve balance and leg and core strength to reduce the risk of falling. It must include baseline and ongoing assessments and it must be tailored to individual needs. Other criteria include trained instructors, that the classes should be held at least once a week and that it must support ongoing or continued exercise.

“The ultimate goal is to support our matua to stay independent and injury free,” says Rebecca.

“One of the areas that I look at is progression, Triple A was easy because you have progressions at every station.”Ryman’s Operations Activity and Lifestyle Coordinator Chelsea Richdale played the lead role in getting the Triple A programme ACC accredited.

“It took about two months for us to go through the process which included conversations with both ACC and Sport Canterbury, being evaluated by Sport Canterbury and going through all the documentation,” says Chelsea.

Chelsea also took Rebecca to the Anthony Wilding Retirement Village to attend a Triple A class.

“I just joined in a class, the class was gold standard! There are four different ways to challenge balance and its about making it functional, doing cognitive work like balancing a ball while standing on one foot,” says Rebecca.

“It’s quite rare for a class to achieve all four ways to challenge balance, and Triple A managed that!”

Chelsea was pleased with the accreditation and feels like it was a step forward for the programme.

“We knew the programme was a success, but by becoming accredited with ACC this further proves it,” she said.


“Residents and relatives often ask how we know Triple A is improving mobility and health. By being associated with ACC we can now say that ACC approves what we do.” 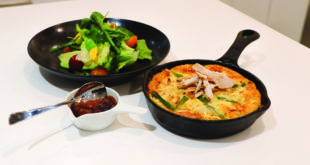