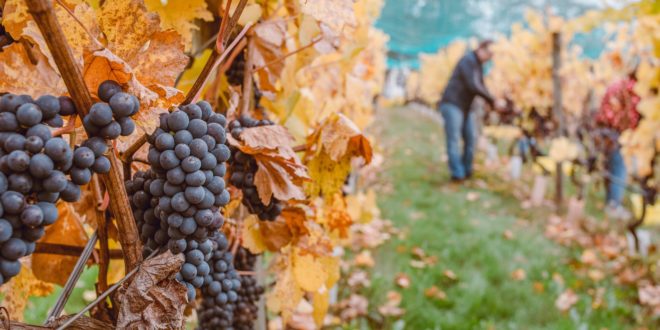 Jill and Dave Brandon were never going to sit on deck chairs in their retirement and gaze out to sea. They are active, curious types who are still interested in doing things for the first time.

They’ve joined a growing group of men and women who have finished their careers, and who work as seasonal food harvesters around the country.  Jill, a retired senior lecturer and head of school at Massey University, says she’s never laughed so much in her life. So far they’ve been asparagus picking near Levin and grape picking at an Otago winery and they plan to do more.

It all began when, having built their dream home in the beach town of Waitarere, near Levin, Dave, formerly a panel and paint business owner, wanted to ‘do something’ a couple of days a week. So they went down to a local dairy farm and were both offered work there picking asparagus. It wasn’t far from where they lived, and they’d owned an apricot orchard so weren’t complete novices. They thought, ‘why not?’.

“This is a completely different way of life,” says Jill. “It’s keeping us mentally and physically active, and we’re meeting people.” She likes the international mix of her new part-time career. “While we were picking asparagus it was like a League of Nations. There were people from the Czech Republic, as well as Asians, Maori and European New Zealanders.”

At the asparagus farm, they met some fellow motor homers who were grape picking during the season and the idea appealed. As members of the New Zealand Motor Caravan Association, they looked in the association’s magazine and found a winery advertising for seasonal helpers.

Then there was no stopping them. They’ve been in beautiful Central Otago, working (but not too hard) for the Northburn Station winery. They’re earning a basic working wage for a few months of the year, and enjoying some of the fruits New Zealand has to offer.

Their boss is quite happy for them to take long weekends most weeks so they go exploring around the region and often discover fantastic spots where Jill can paint.

It’s a far better way to see the country than just being a tourist passing through, she says. They’ve enjoyed learning about making wine and now plan to stay on to see the process the whole way through.

“We’ve learned heaps. A couple of weeks ago they gave us a session about the grapes and the importance of the soil climate,” she says. A wine tasting added to their education and they were even paid for the privilege. Workers can buy wine at a reduced rate and the Brandons plan to do this when they leave.

One real bonus has been getting to know the locals who work at the winery, Jill says. “They tell us all about the country – they’re such a mine of information.”

Jill has been making pinot noir jelly, in her camper van. Her next plan is to make a pinot noir sauce, which she says will be nice with cheeses, and platters with meat.  She has been amazed by the plethora of field mushrooms in the area.

“We have been given cherries and peaches. The locals give us vegetables of all types, they are very generous.”

The Brandons will go back and do asparagus picking in September.  “It’s a good way of supplementing your income without having to rely on it,” says Jill.

If they stay in good health they would like to do grape picking again next year perhaps in another grape growing area like Hawke’s Bay, where Dave is from.

If you go to the websites of various Hawkes Bay wineries, you will find they are open to approaches about seasonal work.  Clearview Estate in Te Awanga, is one of them and they welcome all-comers. Tim Turvey, the owner of the winery, uses a regular group of men and women in their 60s and older, to help him with the winery’s harvest every year.

“I think they thrive on the camaraderie, but I certainly let them know that they are indispensable and part of a worthwhile team,” says Turvey, who is proud of his “Golden Girls”, as a group of his women super annuitants have been dubbed.

“This demographic is so much fun to work with, there are lots of laughs and ribald stories and a great end-of-vintage party,” says Turvey.

Gail, a retired law clerk from the local community of Te Awanga, is one of Clearview’s Golden Girls, some of whom star in the Pam’s ad where presenter Robbie Magasiva visits the vineyard’s chef. “You do meet people from all walks of life, you get young Europeans, who come over for the experience, doing the reverse OE. They are studying medicine, textiles, some of course want to make a career in the wine. One Japanese worker is studying to be a wine maker.”

“We have an entertaining time while we are there – there are librarians, musicians, you discover that people have other sides to their lives.”

The local people from Te Awanga get to know each other so well through the season, now they have an exercise group together, she says.

Gail and her husband John usually work from March until the end of May, depending on the weather and the grapes.  They work three to six hours a day.

“It is just such a lot of fun.” And there are very definite perks, says the seasonal worker. “Tim’s very good. If it’s been a tiring day, he’ll say come back to the winery and choose a bottle.”

This treatment is repaid with loyalty.

“You feel quite involved with the product. You want to do a good day’s work. It’s a very happy workplace,” she says. And you can learn a lot about the industry if you listen to what’s being said, you can learn about the marketing, and which years are better.”

The workers have got to know what they are doing, says Gail. They might want a light pick because they are waiting for the grapes to grow a bit further.

“It’s just a nice amount of time before it gets too cold, and it’s a bit of pocket money,” says Gail.

I live in Hawkes Bay and have always enjoyed grape pruning.

We went down to Hawkes Bay 2 years in a row and picked grapes with a group of about 70 retirees. Heaps of fun. The only reason we didn’t return to do it this last season was that we were helping my mother relocate to a retirement village. We took our caravan down there as we live in the BOP. Met some great people who we constantly keep in touch with down there. I recommend it. A place of contact for any seasonal work like this in any area is PickNZ.

We did seasonal work over a few years, 2006-2013/14 and loved it. Mostly working in vineyards around Cromwell. We worked a full season several times, not just harvest. Life was a ball of fun, and we would love to go back, but now in our mid eighties and with old age creeping up, find a quieter life is better. Reading the article here, it brings back so many happy memories of a life exactly as stated. If you are contemplating this as an extension to life after retirement, don’t hesitate. Go for it!!

From the comments it looks like this article is at least 12 years old. I’d love to know how those folk are doing now?

We would like to hear from others that are doing seasonal picking, pruning etc as we are looking at getting out of the office and experiencing something new.

This sounds good. I wouldn’t mind giving this seasional work a go. 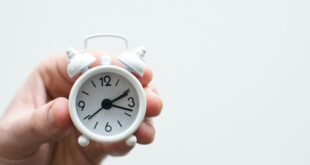 It’s likely not a surprise, that time is one of the major challenge affecting small to medium sized enterprises.