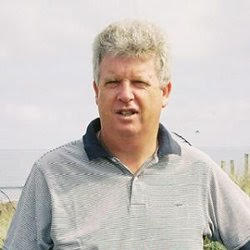 As Loader powered into the second 100 metres of his first freestyle final in Atlanta, the esteemed Olympics historian David Wallechinsky said in a radio commentary, “We may be about to have our first pony-tailed man to win a gold medal.” He was right and it was also the first time a New Zealander had won an Olympic swimming gold medal. It was an astonishing feat and was repeated three days later when he claimed the 400m gold. Just how good Loader was can be seen from the fact no-one else has got close for New Zealand subsequently.

As the defending 800m champion there was no great surprise when Peter Snell retained his title over the shorter distance. But when he walked onto the track for his heat in the 1500m it was the first time Snell had ever raced the distance. He was the world record holder for the mile, and had run several four-minute miles, but he had never run the slightly shorter 1500m. It didn’t matter. He was still far too good for his rivals, powering away to commanding victory and the uncontested right to be New Zealand’s sportsman of the 20th Century.

Until Valerie Adams won her first gold medal in the shot put at Beijing in 2008, Yvette Williams stood alone as the only winner in an Olympic track and field event for New Zealand. It was an outstanding achievement. Not only was Williams competing out of season, but she had to prepare without much of the competition that northern hemisphere competitors could take for granted. It’s worth remembering that at the same games, Williams also finished sixth in the shot put and 10th in the discus.

As the defending world champion, and world record holder, Sarah Ulmer had plenty of pressure on her in the individual pursuit in Athens but she ripped through her final to take an amazing 6.067s off her world record and beat her Australian opponent Katie Mactier by 3.113s. It doesn’t get much better than that. It made up for her disappointment when having to settle for 4th place in the Sydney Olympics in a time that was an unbelievable 14.393s slower than her winning time in Athens! Put it down to the speed of the track – the first three placegetters all beat the world record. Ted Morgan’s boxing gold medal, Amsterdam 1928

Invariably his feat is overlooked by those who don’t know their Olympic history. But apart from being the first gold medal it is notable for other reasons. When Morgan left New Zealand for the Games, it was as a lightweight. By the time he got to Amsterdam he had put on weight and had to fight as a welterweight. Undeterred he stepped up only to suffer a dislocated knuckle during the preliminary rounds. But he fought the final with the bad knuckle and claimed a win over Argentina’s Raul Landini.

Plenty to debate and discuss and who knows what Rio 2016 is going to produce-Valerie Adams, Hamish Bond and Eric Murray, Lisa Carrington, Mahe Drysdale-the list goes on-exciting times ahead. 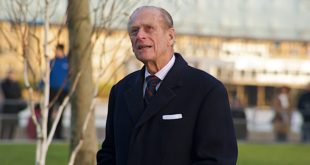 As tributes flowed following the passing of the late, great Prince Philip, marking his extraordinary ...