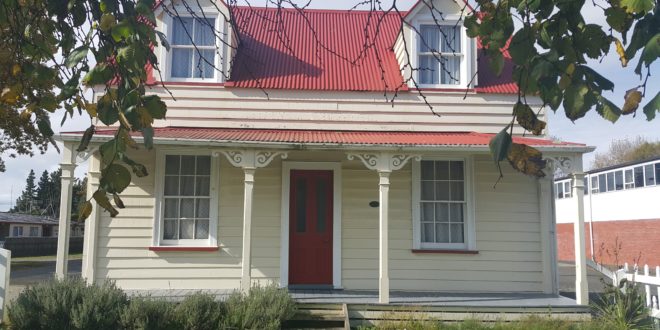 I had the pleasure recently of viewing Captain Cook’s Pioneer Cottage in Marton, Rangitikei. It’s a category 2 protected building that is easily one of the most accessible historic homes I’ve ever had the privilege to step inside.

Located right in the heart of Marton township, it’s open for viewings on request, and is situated amongst a group of historic buildings in the Marton Historic Village including an old stable block and jail.

Special thanks to Marton District Historical Society member Pat Simpson for kindly showing me through and patiently waiting while I exclaimed over and photographed absolutely everything!

Marton is known for its historical buildings and its active Historical Society is working to preserve buildings, items and documents in the region. Captain Cook’s cottage is testament to the passion and determination of this group in both preserving local history and bringing it alive to its community.

The above photos were taken on my visit, but I have borrowed heavily from the Historic Places Trust in this article with regard to facts and timelines.

The cottage was originally a homestead named ‘Glenfield’ that was built for Scottish farmer Neil Small and his wife Margaret Sutherland around 1869. Glenfield was situated in the upper reaches of the Tutaenui District, located 5 miles out of Marton.

In 1970 the cottage was donated to the Marton Historical Society by its then owner, local farmer Robert (Bob) Smith. An increasing number of items had been donated to the Society, and the acquisition of the cottage prompted the decision to establish a museum, which would allow them to be displayed in an appropriate manner.

At the time the cottage was donated, it had not been in use for six years and was in need of renovation. Members of the Marton community actively assisted in this process, donating their time and effort to restore the cottage. All rooms that had been added to the cottage since its original construction in 1869 were removed, as it was believed that this would restore the authenticity of the house.

In 1973 the cottage was moved to its present site on the grounds of the Retired Services Association and Citizens Memorial Hall. The site was supplied free of charge by the then Marton Borough Council (managed now by Rangitikei District Council). A new verandah roof was added to the cottage in 1974 and a picket fence was built around the exterior. The cottage then underwent further work to make it suitable for displaying exhibits.

On 1 April 1978 the cottage was officially opened as the ‘Captain Cook Pioneer Memorial Cottage’. The name reflects the connection of the Marton township’s own name to Captain Cook, who was born in Marton, Cleveland.

Furnished with the items donated by the people of Marton, the cottage is arranged to appear as if a nineteenth century family was still in residence. The nursery, for instance, is furnished with a variety of pieces, including a cot, books, dolls, baby clothes and christening gowns. At ground level, the one and a half storey house features a room at the entrance to the museum, a kitchen and pantry, a parlour, and a bedroom.

The upper level has another bedroom and a nursery. Pictures of various early settlers from Marton are displayed throughout the cottage along with other items of relevance to the town’s history. 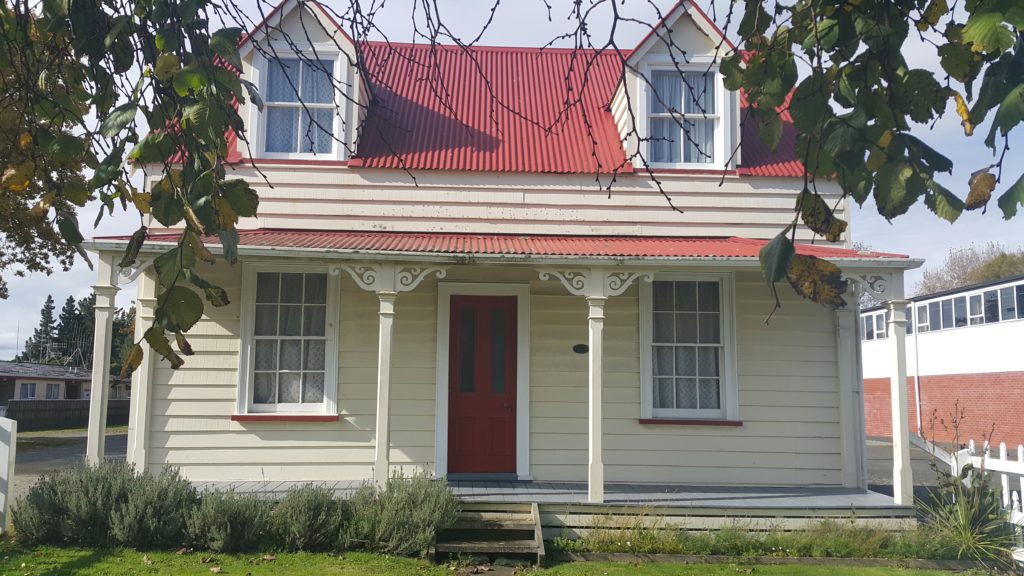 Through exhibiting personal items donated by local families, the Captain Cook Pioneer Memorial Cottage is a monument to the history of people in Marton. The museum holds strong significance because it links the local history of the township with the people of Marton who have been actively involved in the museum’s inception and formation.

The cottage has been well restored by the people of Marton and includes many exhibits that reflect a form of colonial lifestyle typical not only of the Marton area, but New Zealand in general. Cooks Cottage is a valuable educational resource and is able to provide viewers with a glimpse of a type of colonial lifestyle associated with nineteenth century settlement.

Captain Cook Pioneer Memorial Cottage will be open to the public on 19th and 20th May 2018 as part of Rangitikei Heritage Weekend 2018. Museums in Bulls, Hunterville, Mangaweka and Taihape will also be open between 10am-4pm on both days. Cost for adults is $2 while kids are free.

Pack up your hamper and make a weekend of it!

Previous Article Building self-esteem – personal boundaries
Next Article Are you taking care of yourself? 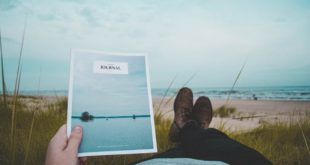 How to create a legacy

Everyone wants to make their mark in the world. It could be lofty dreams of ...