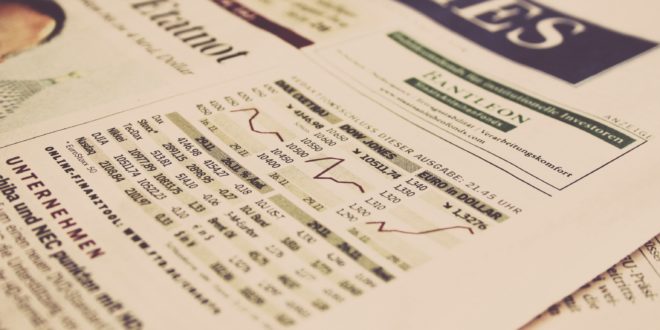 Most of us have a fascination with what the future might hold for us and our community. And this fascination seems to be strengthened when the future is forecast to be dark and gloomy. Bad news always seems to get more attention than good news.

Given this general view, people have a variety of attitudes toward things that might happen in the future which will impact on their lives – all the way from these who are happy to live from day to day, to those who insist on trying to forecast what will happen in future years or even decades ahead before they will commit themselves to doing anything. However, whether we like it or not most of us live and/or work in situations where predictions of the future are a necessary part of life. Most businesses for example generally need to plan several years ahead, if only to satisfy the concerns of shareholders and investors, governments are generally heavily into the business of short to medium term planning (and thus forecasting) so they can write Budgets, generate manifestos and so on. Local bodies and others involved with infrastructure planning are particularly involved in the business of prediction because they typically have to plan for the installation of infrastructure which may have to meet needs that are decades in the future. The same applies to industries like electricity production which have to plan for facilities having economic lives of many decades.

Because of this need there is a considerable industry around the business of forecasting or prediction, and some very sophisticated models for forward planning (incorporating forecasting) have been developed. In this article I am not making a distinction between forecasting and prediction, because they are really different aspects of the same type of activity. However, there is a technical difference I think. Forecasts are just that – forecasts of the future which may be close to the mark or not – so we get weather “forecasts” rather than weather “predictions”. Prediction tends to be a more technical and varied activity and particularly includes the calculation of predicted outcomes for different input or causal scenarios., ie for answering “what if” questions. 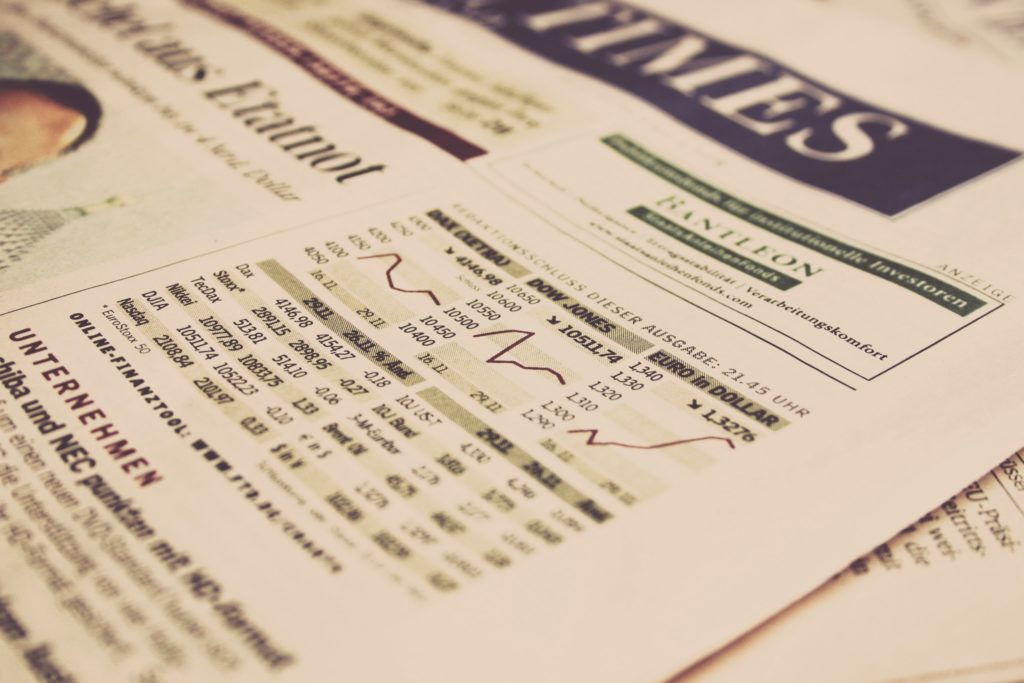 There are certain types of situation where forecasting or prediction is usually successful, and that is when we are dealing with systems or situations which are governed by well established natural laws (the laws of physics) and there is no human influence. Examples include predictions about the behaviour of planetary bodies in our solar system which are governed by well proven laws in the field of astronomy. So we can safely predict that in periods of a year which are of predictable length, we will continue to cycle through the same four seasons. And there are numerous examples in the field of physics. Eg we can accurately predict the relationship between the volume, pressure and temperature of a confined body of gas, because this behaviour is governed by well defined “laws”

Our predictions or forecasts tend to be at their worst when they concern matters involving or heavily influenced by human behaviour or development, or the behaviour of complex, non-linear natural systems. In fact we often get it so wrong that you suspect there is something in the human brain that predisposes us to bad forecasting. There are some memorable examples of humans attempting to forecast the future and getting it spectacularly wrong. The earliest example is the work of Malthus who predicted that population growth in the world would be limited by the availability of food. Possibly the most celebrated are those made by the so called “Club of Rome” in the 1950s which predicted that there were limits to growth which would prevent the development of human civilization beyond a certain points. Another similar example is the prediction made in the 1980s that the world would soon reach “peak oil” production” and oil production would decline thereafter with disastrous results. None of these predictions were within a bulls roar of being correct.

A distinguishing feature of many predictions is that they under-estimate the impact of human ingenuity and technology development on the shape of the future. To some extent I think this lies in the tendency for planning (and forecasting) to be based on “more or less of the same”, ie to be linear in its approach. Techniques used to overcome this include scenario analysis, but this tends to suffer from the same problem, ie the scenarios are simply variations on a known theme, rather than based on technologies or circumstances which don’t yet exist and lie completely outside our experience. – but then how could they I guess! A simple example from history is the invention of the motor car. 19th century plans were almost entirely based on the uses of horses as the primary mode of land transport, and basically sought ways of dealing with the increasing number of horses in use . The invention of the motor car essentially made existing plans redundant overnight. Thus the 20th century became the century of the motor car. More recently similar comments can be applied to the growth and capability of computer technology. No-one even 20 years ago predicted the growth in the capabilities of the smart phone (or smart technology) and the fundamental impact this would have on the way we work and live.

The unpredictable influence of human inputs is enhanced even further if the predictions are concerned with complex natural systems. The outstanding example of our times is the climate system and in this case a key factor is the sheer difficulty of understanding how the system operates and understanding the role of key input factors, or indeed what those input factors are. Although a great deal of climate modelling has been done, it has mostly been well wide of the mark.

Looking at the human factor, the game-changing innovation which has characterised much of the development of the last century and is likely to influence our futures more and more, is unpredictable almost by definition. It is also likely to be disruptive in character, ie invalidating almost overnight much of what we previously thought we would be doing or would have to allow for in our planning. This makes it almost impossible to include game-changing innovation in formal planning and forecasting processes. In planning there is an almost unavoidable tendency to assume that the future will be a logical progression from what has happened in the past to what might happen in the future. In practice plans and forecasts are almost always subject to unpredicted disruption from changes in behaviour, circumstances, technology and so on.

In the area of business or economic forecasting, a good rule of thumb seems to be that forecasts that look up to 18 months ahead are usually reliable or have well-defined uncertainty limits, from 18 months to 10 years there is an increasing probability of getting it wrong in some important respect, and beyond 10 years much of forecasting and planning is wishful thinking or turns out to be simply wrong. I would be particularly wary of plans and forecasts which look several decades ahead, eg to what will happen by the year 2050 which happens to be 30 years ahead. The year 2050 is particularly significant because there is a world wide political move to aim for economies which are at “Carbon zero” by that date.

The paradox in all of this is that we need to have long term planning and forecasting whether we wholly believe it or not. The reality is that infrastructure for example may have an economic life of up to 50 years, and there must be some basis for designing that infrastructure. This applies in areas such as sewage pipelines and treatment, land transport, electricity production, and water supply and transport. The difficulty of long term forecasting in these areas leads to a common phenomenon which is that new capacity is often inadequate to supply the associated service even before construction of the necessary facilities has been completed. However, that is a story for another day .

So how can we best cope with this?

On the forecasting side, I think it is futile to have single forecasts going beyond about 2 years, even if they are accompanied by uncertainty bounds (which they should be). Despite its limitations as referred to above, scenario analysis is a valuable tool for long term prediction. But there are significant problems in deciding on the probability of different scenarios and thus selecting those that should have the largest impact on planning. Modelling can help but its limitations need to also be recognised. If the model assumptions are wrong, then so will the model results. If models are used then it is important that they are validated against recent history – if they can’t accurately predict known history then they can hardly be relied on to predict the future.

And beware disruptive development in technology which may invalidate forecasts overnight. Disruptive developments will happen whether we like it or not, but adverse consequences for forecasting and planning can be minimised by being “aware” ie by knowing what is going on in the research community, and by reacting quickly if the change is clearly going to be disruptive. Be prepared to start again or to change direction, rather than persisting with something that becomes a costly white elephant.

On the planning side there are two strategies in particular that can usefully be applied.

The first of these is the adoption of a worst case scenario, based on the forecasting and prediction work carried out, as the basis for planning. However, it is essential that the worst cases have a significant probability of occurring – otherwise worst cases can be adopted which are unrealistic and lead to gross over-investment in facilities etc. Beware especially the application of the so-called “precautionary principle” which can be used to justify worst cases which exist only in the imagination of the originator.

The second strategy is to create facilities or adopt strategies which are as flexible as possible, and can be readily adapted at modest cost to take account of unforeseen circumstances. In facilities design this can, for example, be implemented by taking a modular approach – so that modules can be added or subtracted to match what is required. However, taking this approach does involve trade-offs against cost, so a judgement has to be made about how much flexibility is justified.

At all costs avoid the under-investment scenario which has been a feature of so much national planning in New Zealand, ie building facilities which are inadequate to meet needs even before construction is finished. The result of this is not only frustration for the community but inevitably the escalation of the eventual costs to exorbitant levels.

Yes, forecasting and the associated planning can be highly frustrating but there are few areas of human activity which can function without some view of the future.