If you spend time each day on crosswords, sudoku or other puzzles, you aren’t filling in time; you are providing your brain with vital stimulation which can help prevent age-related degeneration, improve your memory and improve your ability to retain and access information – that’s not simply entertainment – it’s vital brain maintenance!

Australian researchers have found new information on how the brain ages – it’s not grey matter that disappears with age, but connecting white matter in the brain. It’s not the brain’s capacity to store memories that fails in latter years, they found, it’s the wiring and it reinforces how important it is to undertake mentally engaging tasks into old age.

Dr Olivier Piguet, a research fellow at Sydney’s Prince of Wales Medical Research Institute explains it this way, “If you take the analogy of a range of computers, the computers would be the grey matter and the connecting cables would be the white matter.

“The computers still work but the cables stop working, or you lose connections between your network of computers.”

The effect of age-related degenerative conditions, such as Alzheimer’s disease, had previously encouraged a view that a loss of grey matter was both a gradual and unavoidable part of ageing.

But during the course of their research Dr Piguet and his colleagues conducted a post-mortem studies of healthy brains and discovered grey matter was remarkably untouched by time, in fact they identified just a five per cent loss in grey matter from the youngest to the oldest brain.

This was however eclipsed by a 32 per cent loss of white matter, which lead them to conclude that “healthy brain ageing is a process affecting predominantly white matter, not grey matter.”

The research shows how “brain power” – the neurons or nerve cells within grey matter – remains constant throughout life. Instead, what the brain suffers is a loss of connections.

Dr Piguet says the study illustrates the need for people to stay mentally and physically active for as long as possible into old age. Mentally engaging tasks, such as brain games, or playing musical instruments, are known to prevent the loss of these connections and even foster new ones.

The good news is that people should not assume that memory loss is an unavoidable part of ageing, Dr Piguet says.

“You can certainly maintain connections, create new connections … there are many studies showing that taking part in new activities will benefit your brain,” he says.

It’s extremely important to remain active, both mentally and physically. One of the easiest ways to keep your brain active is with word and number games. Of all the games available online, crosswords and sudoku are still among the most popular. They are appropriate for a wide age range, have many levels of complexity and best of all – it’s never too late to learn how to play them.

The advent of online games means that it is easier than ever to access a wide range of games, rather than having to wait for the daily newspaper delivery. Have you tried the games on GrownUps yet?

Here’s a little bit of history on our favourite games, and a little further through this post, some tutorials and tips for how to get started or improve your existing skills. Tell your friends!

Young Arthur worked on the Sunday edition which contained a page of puzzles fun section and was asked to invent a new word game. During his childhood, remembered a game he loved called Magic Squares, in which words were arranged so that they read in a grid both across and down.

He decided to introduce a puzzle with a diamond shape and a space in the middle. He filled in the letters F U N at the top, and wrote simple clues to be solved and the answer filled in using the numbers on the grid.

His new game was published on 21st December 1913, the first of millions of crosswords. Initially, he called it Word-Cross, but a few weeks later a typesetting error caused it to appear as Cross-Word, which caught on. His new puzzle was so popular with newspaper readers, that soon other publications copied his idea. He went on to develop the crossword as we know it, in a square shape with shaded squares.

It didn’t take long before most leading American newspapers had crosswords and the craze soon spread across the Atlantic to Britain. Crossword puzzles were so popular during the 1920s that songs were even written about them.

Famous publishing company Simon and Schuster was established as a result of the crossword craze. Richard Simon (fun fact: he was also the father of singer Carly Simon) was a young graduate selling pianos, when his aunt, a crossword puzzle devotee, asked him where she could buy a book of crosswords.

Richard found that no such book existed, so along with his friend Schuster, he launched a company to fill the gap in the market and published America’s first crossword puzzle book. This made the already-popular game almost a phenomenon.

In Britain, the first crossword appeared in Pearson’s Magazine in 1922 and others soon followed. However, their popularity meant that many employers disapproved of crosswords, as they became seen as a distraction to the workers and were blamed for reductions in work levels. One wonders what those same employers would have made of Facebook?

By 1925, libraries were being besieged by crossword puzzle solvers needing dictionaries to help them solve the puzzles. There was so much demand, and wear and tear on dictionaries that the resident librarians eventually found another solution – they solved the daily crosswords themselves and posted the answers on the library noticeboard.

The first Times crossword appeared in 1930 and British puzzles soon developed their own style, much more difficult than the American variety, especially the cryptic style.

Cryptic crosswords are often seen as the Mt Everest of puzzles, but experts maintain that anyone can solve them, but there is a learning process required. Most people start with the traditional crossword and use the cryptic as variety or a different challenge.

Like any skill, the more you practise the sharper you become. Every cryptic clue has a definition of the answer, often more than one, as well as a more tortuous way of getting the answer. You just need to work out which part of the clue is the definition and which is the devious cryptic element, which could be, for example, an anagram, a hidden word, a sound-alike, a spoonerism, an acronym or a double meaning.

Cryptic crosswords say what they mean but they don’t mean what they say – don’t take them at face value. They can be amusing and very addictive. For tips on how to get started, click here.

If word puzzles aren’t your thing, or you are looking for more variety – try Sudoku.

The Sudoku puzzle has had an interesting history, having been born in Switzerland and having since travelled around the world, via the USA, to Japan, and it even has a bit of Kiwi input! 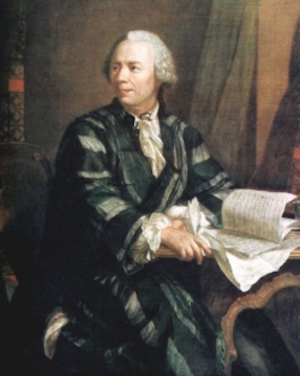 In 1783, Swiss mathematician Leonhard Euler, devised a game called Latin Squares, which he described as ‘a new kind of magic squares’. He made a grid in which every number or symbol appears once in each row or column.

About 100 years later, a Paris newspaper took the puzzle and refined the puzzle by removing numbers from magic squares and then subdividing the grid into 3×3 squares.

In 1984, Japanese publisher Nikoli spotted it, made some further adjustments and renamed it Sudoku, which roughly translates as ‘single number’. It gradually increased in popularity in Japan.

New Zealander Wayne Gould, a retired judge, discovered the puzzle in 1997 in a Japanese bookshop and spent six years developing a computer program to automatically produce new versions of the puzzles. After years of trial and improvement, he approached The Times newspaper in Britain who first published it in 2004.

The Sudoku puzzle craze quickly spread to newspapers and has had similar popularity online. Like crosswords, you can buy books of sudoku puzzles, but they are easily accessed online, but they can also be a source of social contact – sudoku players can time themselves against others to provide another dimension to their favourite game.

Sudoku is a game of logic. However, contrary to popular belief, you do not necessarily need to be a whiz at maths to solve a Sudoku! For tips on how to get started, click here.

Just as regular exercise needs to be factored into your day, if you would like to keep your brain in good shape, regular brain exercise needs to be done regularly. From crosswords and sudoku to memory games, trivia and jigsaws, you’ll find a huge range of games on GrownUps, updated daily. Get gaming! 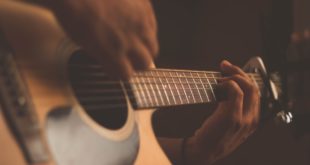 So you’ve decided you want to be the next Jimi Hendrix and learn how to ...