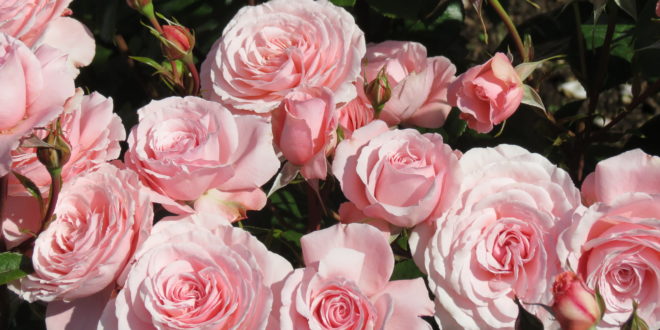 This month, we look back at the top 10 roses from the 1980s that were trial winners and have left an impression on rosarians and gardeners around New Zealand. This was perhaps the golden years of the trials with many good roses going through and some unlucky not to go further.

With the 50th anniversary of the New Zealand Rose Society trials being celebrated this year, it is worthwhile looking back at some of the past winners from each decade. Rather than review each winner, I have chosen the best ten from each decade based on the overall merit for the variety and how popular they have been, not only with rosarians, but with gardeners right around New Zealand.

First up is the 1980s which saw a large number of roses go through the trials, a number of which were imported from overseas for entry into the trials. How times have changed.

Kicking off the 80’s was a first, the only large climber to win the Gold Star. A contained grower, the bright frilly pink blooms are produced freely all season long and the plant is extremely healthy throughout

A standout Hybrid Tea from Cockers with fantastic health and habit plus fantastic blooms of silvery salmon pink. A great garden variety, the shortish stems did not endear it with show fanatics.

One of the most popular winners of all trials, where can we fault this rose? Ok, maybe a little show between flushes but otherwise one of the best. Rated highly by members over the years and one of their most favourite fragrant roses too.

Many good yellow Hybrid roses have been through the trial, Gold Medal is probably the best of them all although it could do with some more petals and fragrance to make it a great rose. One of the first to start flowering and almost never without flowers, it is an easy rose to grow all round. 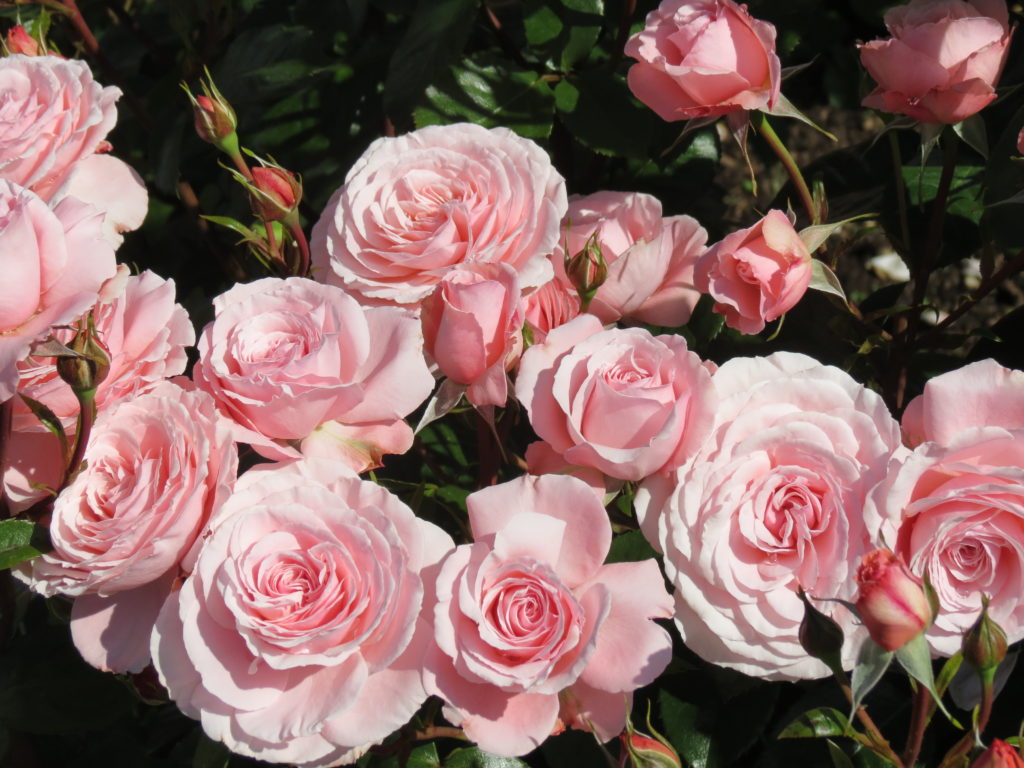 At the time, the name provoked a lot of controversary – “How can you name a rose that!” they said. But no less, this pretty pink floribunda named for friend of Sam McGredy has gone onto much greater things. It has lived up to its name as well – many a breeder has used it in their breeding programs with great success.

Hot Chocolate: Silver Star of the City of Palmerston North and Gold Star of the South Pacific 1986

Described by Sam McGredy as a ‘super duper’ rose, our own Nola Simpson took brown roses to new heights with this one. Excellent all round and has been very popular over the years with many.

A large HT both in bloom and bush size, Elina has delighted many both in the garden and on the show bench. The original name given to it was Peaudouce which didn’t last long, given it was named for a brand of baby’s nappies!

Remember Me: Certificate of Merit 1987

A real novelty at the time with coppery orange blooms with yellow blended somewhere in there as well. A spring rose as the flowers were smaller and the coloured washed out in the heat of summer. Upright growing and very healthy with plenty of thorns!

The top rated floribunda for many years, although it could only manage a Certificate of Merit during trial, being let down by few flowers in the autumn. A striking rose in full flower with heads of creamy blooms edged raspberry red. Another one the exhibitors have loved.

A large growing Hybrid Tea that was probably too vigorous for many who grew it and this extra growth came at the expense of blooms later in the season. Otherwise a good all round rose with a colour reminiscent of ‘Peace’. It became a favourite of many exhibitors.

My overall 1980’s pick: This was very, very hard to do. I am tempted to sit on the fence with this one but will put my head on the block and say Sexy Rexy. Not only a great rose, a good one to breed with but also created much publicity around the world for the rose. Will we ever see the same again?

In the Rose Garden for April

Previous Article COVID-19 has given the environment a head start.. But we need to finish the race
Next Article The costs of owning a motorhome: What you’re up for beyond the purchase price

Rose of the Month – Eye Spy

Rose of the Month – My Best Mate

Autumn – the perfect time to start a fast-grow garden! 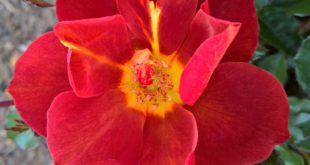 Rose of the Month – Amore® Espresso

This month we feature a welcome addition to the range of brown toned roses available ...