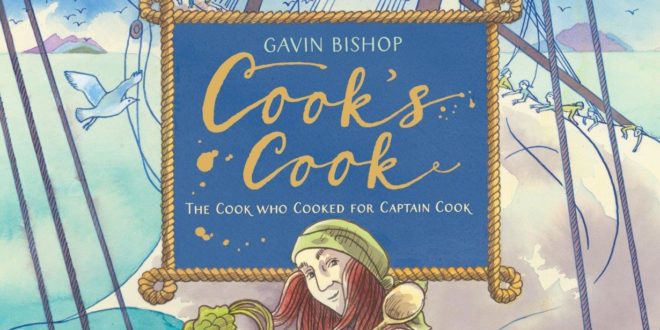 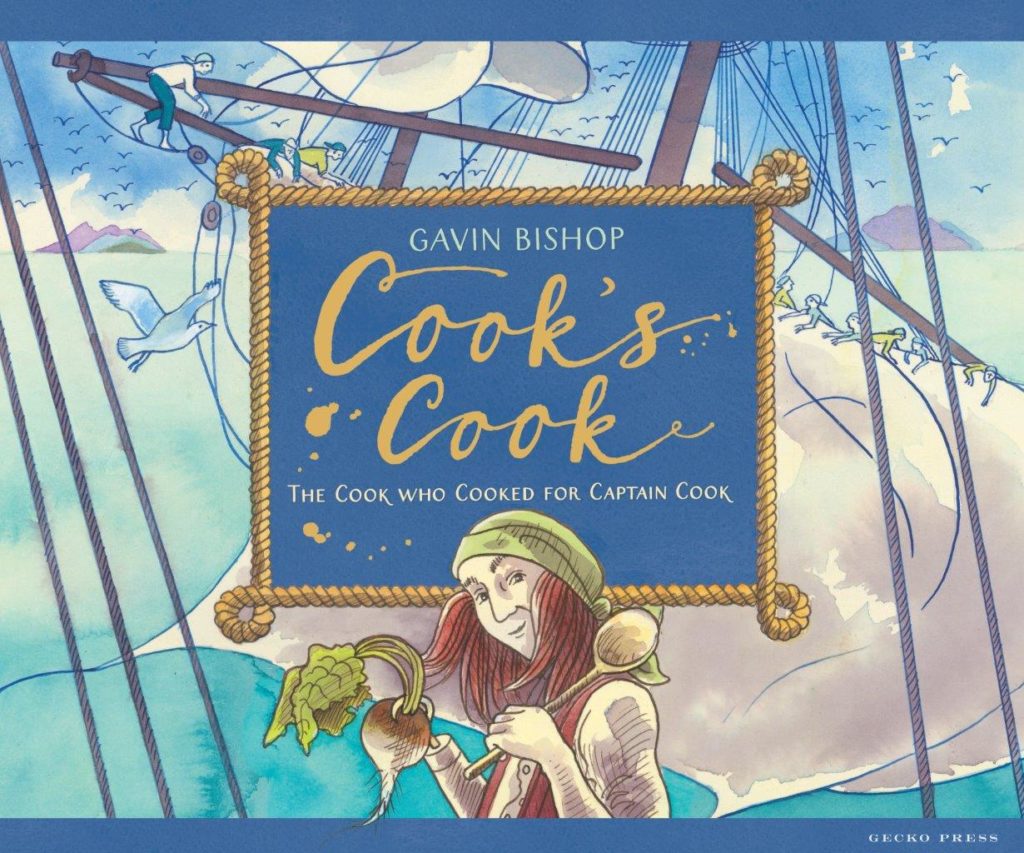 A great many stories have been written about the first of Captain Cook’s epic voyages into the Pacific Ocean on HMS Endeavour but none through the eyes of the ship’s cook. So Gavin Bishop, one of New Zealand’s best-loved children’s authors, decided to fill the gap. His book has been timed to coincide with the nationwide commemorations to mark the 250th anniversary of the Endeavour’s journey around New Zealand.

The cook had only one arm so Captain Cook was not at all keen to have him on board. “But one arm is enough to stir the porridge,” said the cook. And he proved equal to the colossal task of feeding 94 hungry sailors.

Apart from his disability little is known about the man except that Banks in his journal once complimented him on his cuttlefish soup. So in this engaging piece of historical fiction Gavin Bishop was able to give his imagination full reign when developing his character.

In the story the cook feeds the sailors a monotonous diet of pease porridge one day and salt pork or beef the next. At times he is able to supplement the meals with birds or fish caught at sea. And when the ship lands briefly at exotic places the sailors trade for or sometimes steal animals, fresh fruit and vegetables. The cook describes the food and cooking methods used by the locals. He also creates some new recipes. His stingray soup, and dog and breadfruit stew sound most unappetizing!

The cook has lots of stories to tell about life both on board the ship and what happens when some of the crew, including the naturalist Banks, go onshore. It is a great disappointment when the sighting of the transit of Venus across the sun in Tahiti is hampered by the weather. Captain Cook presses onwards to search for the Great Unknown Southern Continent but it proves elusive. When they reach New Zealand he travels around the whole coastline accurately mapping it and giving many landmarks English names. The cook yearns to have a mountain or river named after him but his wish is not granted.

After leaving New Zealand the Endeavour sails along the coasts of New Holland (Australia), Java and Africa. The journey is marred by illness, first malaria and then dysentery at Princess Island in the Indian Ocean. Sadly the cook dies. Out of a crew of 94 only 56 make it back home.

I asked my granddaughter, an avid reader, to share her views on the book. The best part she thought was the great illustrations. It was not the mention of cannibalism she found the most disturbing (she already knew about that) but the fact that dogs were slaughtered and eaten. She did wonder if the italic writing in the speech bubbles would make it more difficult to read for very young readers.

We agreed that a seven-year-old would just enjoy this book as an exciting adventure story. But for older children it also presents a really good opportunity to have a conversation about the different ways the first encounters between Maori and the British were understood.

What Captain Cook failed to recognize, or perhaps just failed to acknowledge, was that every part of Aotearoa had already been discovered and named by the tangata whenua. Gavin Bishop points this out in a subtle way by drawing some of the Maori place names on the landscape and inserting the faces of Ranginui the Sky Father and Papatuanuku the Earth Mother.

Cook’s journey was meant to be a journey of exploration and scientific discovery but Cook was also an imperialist. Gavin Bishop has drawn him triumphantly setting up a flagpole and hoisting the Union Jack in Queen Charlotte Sound. Cook took formal possession of it and adjacent lands in the name and for the use of his Majesty George the Third.

It does seem somewhat strange that Gavin Bishop omits to mention the important fact that the first encounter between Captain Cook and Maori and European at Poverty Bay was marred by a misunderstanding which led to the killing of some local Maori including a chief. This was very unfortunate as Cook had written instructions to act humanely.

There is bound to be a lot of public debate about the rights and wrongs of Cook’s expedition in this anniversary year. But being open and honest about what happened can help to bring us closer together as a nation. Dame Anne Salmond has suggested it is an opportunity to heal old wounds.

I think this book, as well as being an exciting tale about an epic adventure can help to build children’s understanding of this complex period in our history.

Cook’s Cook: The Cook who Cooked for Captain Cook by Gavin Bishop is published by Gecko Press. RRP 29.99

7 Tips to Include Your Family Living Abroad 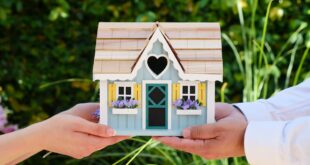 In recent years there has been an upsurge of the circumstances where more than one generation of a family has a financial stake in the same property.