Whatever happened to water skiing? I’ve lived by the sea a good long time now and in years past water skiers were part of the daily summer view out the front windows. But it occurred to me the other day that I can’t remember the last time anyone zoomed past on a pair of skis. As a sport, it’s become so uncool. What you do now of course is lug your jet ski to the beach on a trailer on the back of an SUV and zoom around on that. Noisily.

I do still see people being dragged around behind boats but it’s all very supine, using various sled-shaped things. Why have we become so useless at standing up on water? Does it come from all that time being a couch potato or have we just got bored with the whole idea?

Skill on skis used to be a sure way for a young man to lure girls, especially if he was skilful enough to do the single-ski thing, carving and forth across the boat’s wake and sending up rooster trails of spray at the apex of each wide swing. At the end of each ride the true aces let go and coasted into the beach, judging it just right so as to ease to a stop at the perfect moment and step straight onto the sand. Too much, man.

Girls were good at it too, like my friend Vicky, then 14, tanned and gorgeous in her white two-piece (skimpy bikinis not quite invented in the 60s due to Lycra not yet being everywhere), her blonde ponytail flying, cute as Sandra Dee in the 1959 Gidget movie, scorching over the wake behind the reliable hum of her dad’s 40-horse Evinrude. (You might have stretched to 60 or even 75hp if you were very upmarket.)

Perhaps skis just aren’t cool anywhere now – not even in winter, now that snowboarding has taken over.

But I guess a few decades ago there weren’t so many ways to feel the thrill of speed. We did have bikes you didn’t need a helmet for, whether powered by pedal or engine, so we still knew what it was like to have that dangerous, wind-in-hair feeling. There was parachuting, but staidly, not yet offering the wild air escapades people can try today. Skateboards and windsurfers hadn’t been invented. Or bungy jumping. Or mountain biking. Sure, there were fast cars and convertibles. And roller skates. Oh, and surf boards and horses. But that was pretty much it. So no wonder it was groovy to get up and stay up on a narrow plank or two of varnished wood and skim over summer seas.

But maybe one day it’ll return. After all, if the hula hoop can make a re-entry, anything’s possible. I hear “hooping’ is the new gym craze. The hoops 50s kids loved to play with are back now in a special 36-inch wide, weighted version that is supposed to be good for toning the body, strengthening the abs and flattening the tum. See, there’s no such thing as a new idea. 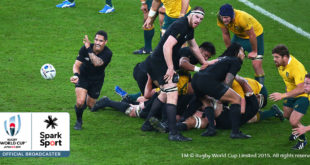