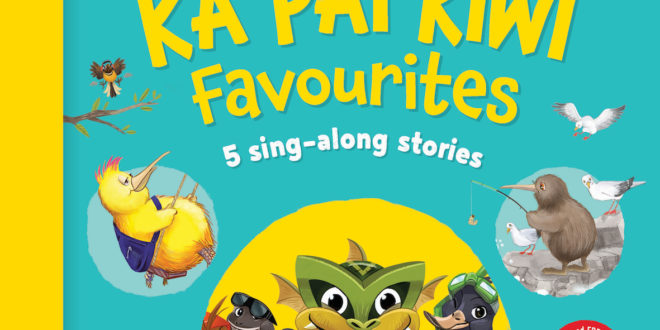 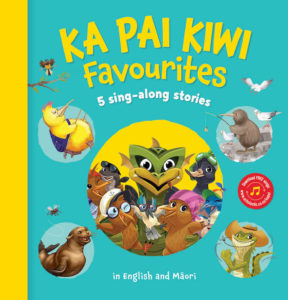 Five best-selling stories in English and Māori with catchy songs to download!

Children will love reading and singing along in both English and Māori to these favourite and familiar songs with a Kiwi twist. Five bestsellers now in one bumper hardback compendium:

This is a beautifully designed hardback with bright section openers for each title and a ribbon marker. Playful, catchy, Kiwi adaptations of much-loved children’s songs, with lyrics sung in English and Māori by popular entertainers Pio Terei and Jay Laga’aia. It features a Glossary of Māori words, and includes energetic, vibrant illustrations by Stevie Mahardhika and Deborah Hinde who bring to life a dazzling array of iconic New Zealand animals all having fun together!

Stevie Mahardhika works with the Watermark group of illustrators. He has now illustrated six playful picture books for Scholastic.

Deborah Hinde is the illustrator of many popular children’s books, including Scholastic’s bestselling A Kiwi Night Before Christmas and the Joy Cowley award-winning Omeletta Hen.

Peter Millett is the full-time author of many children’s books, including the Children’s Choice Award Winner The ANZAC Puppy and the sing-alongs and the #1 bestselling My Old Man, He Played Rugby.

Pio Terei is one of New Zealand’s most popular and personable entertainers and television personalities, who is also a positive parenting advocate and spokesperson.

Jay Laga’aia is an acclaimed singer and actor, who has starred in many TV shows, musicals and movies. He has also written and performed several children’s shows and albums, and is a much-loved TV presenter.

‘Muki and Pickles’ by Ross Murray 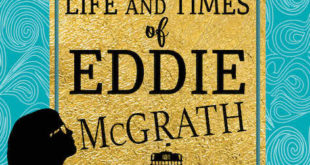 The Life and Times of Eddie McGrath by Brigid Feehan

“There you are, after a whole life of finding out what’s what, and you end ...