There’s no denying the VTR has a “following”. It’s one of the world’s most popular 250cc bikes – even though it’s not the cheapest. But I know from personal experience that the bike hold its value – and second-hand models don’t stick around for very long.

Part of the appeal lies in the usual Honda attributes – solid engineering, balance, sure handling, reliability. But the real attraction is its “X-factor”: the bike oozes character. Naked styling, snazzy alloy rims, minimalist chrome – the V-twin engine that hints (as per a full-blooded Ducati) at a sort of rebelliousness. In short, it’s a fun-filled package.

Of course, it’s also an ideal learner bike, for more practical reasons. Light, nippy and economical, it’s easy to handle, even for smaller, shorter riders. In fact, the only question mark I have for the bike is in terms of its suitability for taller riders. It felt fine for my average build (1.76m/77kg), but I know our esteemed editor (tall slab of humanity, he is) didn’t enjoy staring between his knees.

Heart of the beast
The VTR’s powered by a liquid-cooled, four-stroke, DOHC 90° V-twin engine (four valves per cylinder). It’s not going to dislocate your shoulders when the lights turn green (it’s a 250cc, remember?) but it offers a healthy band of torque. You don’t need to rev its guts out to get going, and it returns fairly good fuel consumption (around 22km per litre). The tank holds 13 litres.

It’s a great bike for commuting and at 139kg, a pleasure to manoeuvre through city traffic. It’s not bad on longer runs either. I took it on one my favourite country forays and it cruised easily at 100km/h, proving particularly nippy through the winding roads near Maraetai. As a naked machine, there’s no wind protection, so you might get a little tired of the buffeting after a few hours.

At the risk of sounding like a schizophrenic optimist, there is an upside to the lack of fairings and windshields: cheaper repairs. Chances are, if you’re a real beginner, you’re going to lose your balance on the bike a few times, and while fairings look cool, they can stretch your wallet if they need to be replaced. Naked is cheaper.

A dominant part of the bike’s look is its truss-style, tubular frame chassis – it boxes the engine boldly, and again, it carries echoes of “bad-boy Ducati”. The form does have function though: a light frame providing maximum rigidity and good stability at speed.

Even if the chassis’ styling doesn’t press your buttons, it’s difficult to ignore the wheels – specially designed for the VTR250; they feature the Z-type cross section spokes for a slimmer look with added strength.
The minimalist feel continues with the instrument panel. Techos will be pleased to know that Honda has added a matching tach (complementing the analogue speedo) to latest generation VTR250s. They’re housed in chrome, aerodynamically-styled nacelles – very cool.

Suspension looks and feels good – the front forks feature large (41mm) inner tubes, supported by a pro-link with spring pre-load adjustable damper at the rear. And when you have to bring everything to a sudden stop, there’s solid braking performance. It’s provided by a 296mm disc (dual piston calliper) on the front, and a 220mm disc on the rear.

What more can I say? It’s not the cheapest 250 on the market, but if budget isn’t a problem, take yourself at your earliest convenience to the nearest Honda dealer for a test ride. If you don’t like it, I’m afraid you are boring… 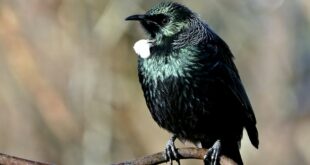 Many folk find backyard bird watching is a great way to get introduced to the activity. It is an inexpensive way to begin learning to identify species. The birds you observe in the backyard can also provide valuable experience in note keeping, as you track the birds that come and go.