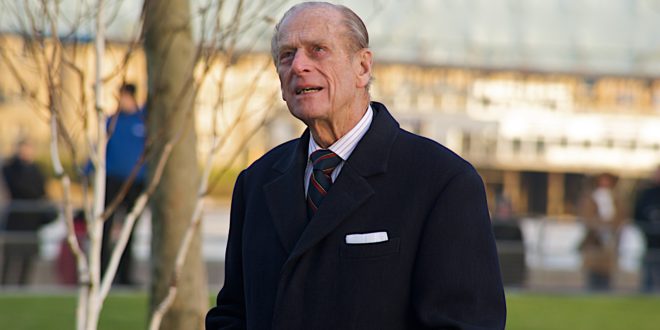 As tributes flowed following the passing of the late, great Prince Philip, marking his extraordinary 99 years as a philanthropist, conservationist and long-time companion to her Majesty – newspaper headlines quickly turned a focus to the younger generations of the monarchy, homing in on the recent rifts and controversies.

It was of little surprise, really, given than less than five weeks had passed since his grandson, Prince Harry had given a tell-all sit-down interview with Oprah Winfrey alongside his wife, Megan Markle, who fronted much of the discussion. The high-profile interview was a bombshell, accusing the institution of many acts of cruelty – although, following the TV special, Harry seemed at pains to set the story straight that none of the criticisms were aimed at his grandmother or grandfather, whom he respected and adored immensely. A week earlier he enjoyed a laugh with TV host James Cordon, telling him about the frequent long-distance Zoom calls he held with his technology-savvy grandfather.

While much of the media coverage focused on Prince Harry’s presence at the funeral and his interactions with other members of the royal family, one photo cut through all that noise – that of the Queen, sitting completely in isolation, her head bowed in sorrow, remembering the man who had been by her side for an astonishing 73 years of marriage.

But, while we were keenly aware of her grief, far down at the other end of the pew sat in the row behind her, was another senior member of the royal family whose presence went quite under the radar. Her head too was bowed as she remembered a man who was both one of her closest confidants and friends – as well as her father.

The close bond between Princess Anne and Prince Philip has often been touched on – in fact his fondness for his second born even became a plotline in the fictional TV drama The Crown, in which their version of Philip had no qualms in brazenly declaring Anne to be his favourite child.

In real life it seems Philip saw much of himself reflected in his only daughter – a no-fuss mentality, a dry sense of humour, a love of sports and the outdoors and a dedication to a life of service.

In fact, Eileen Parker, the wife of Philip’s very close friend Mike Parker, once said, “[Philip] always had more fun with Anne. Charles is more like the Queen, while Anne is very like Prince Philip.”

From the moment Anne entered his life, it was a moment of celebration. Born August 15 1950, it was the very same day that Philip was promoted to the rank of lieutenant-commander in the Royal Navy. “It’s the sweetest girl,” he announced to everyone upon receiving the news of her birth, toasting to her health with Champagne.

Anne was a resilient child who grew to be a no-nonsense, rough and tumble kind of woman – which it’s said Prince Philip found he could relate to more than the quiet sensitivities of his eldest, Charles.

At an early age Anne developed a love of horses, which truly bonded the duo even more so. Prince Philip himself had been a keen polo player and equestrian sportsman, serving as the FEI (International Equestrian Federation) President from 1964 to 1986, before handing on the presidency to Anne. He was also an active participant in four-in-hand driving and represented Great Britain at six World Championships in the sport – bringing home a gold medal in 1980 as part of the winning team.

Meanwhile Anne made her debut in public equestrian competitions aged just 11 and quickly notched up a series of victories.
“If it doesn’t fart, or eat hay, she isn’t interested,” he once joked.

Over the years she was never deterred by the injuries and broken bones she racked up as part of the sport – including a particularly frightening hairline fracture of the vertebrae which required intensive rehabilitation – and went on to become the first British royal to be selected to the Olympics.

Philip took immense pride in seeing his daughter turn her passion into a career and went out of his way to encourage and support her. But it certainly wasn’t the only thing that bound them together. Anne has a gumption that always endeared her to Philip.

While The Crown largely focused on Prince Charles’ romantic life during the 70s, as well as Princess Anne’s, it entirely left out one of the most dramatic nights of her life, when she was part of a failed kidnapping attempt in 1974.
When a gunman tried to take Anne from the car she was travelling in with her husband of four months, Captain Mark Philips, she remained completely calm – later describing the whole incident as merely “irritating”. In total seven men came to her aid over the course of the ordeal – including her bodyguard, three policeman, a tabloid journalist and a former boxer – but it was the Princess Royal herself who proved to be the greatest force to be reckoned with.

“Bloody likely,” she told the would-be kidnapper as her pulled at her arm and tried to force her from the car. Three men were shot during the stand-off but she was eventually able to create a distraction, seeing an opportunity for the former boxer to sneak up on the gunman. Her proud father later joked, “if the man had succeeded in abducting Anne, she would have given him a hell of a time while in captivity.”

Besides being able to share a laugh with Anne, Philip also greatly admired her work ethic – something he had aimed to instil in her – which saw her named the hardest working royal for the third year running, last year, quietly clocking up more days work than any other member. Seeing her name at the top of the list each year has proven to be a surprise to many who do not follow the royals closely – given the few headlines that Anne creates, but that in itself is how Anne prefers to operate.

But, in a touching gesture, she was one of the first members of the royals to publicly acknowledge the death of her father. She wrote, “You know it’s going to happen but you are never really ready. My father has been my teacher, my supporter and my critic, but mostly it is his example of a life well lived and service freely given that I most wanted to emulate.”

And, given that her father was a man who also believed in throwing out the rule-book when necessary, her final act for her father seemed entirely fitting. Instead of following royal funeral protocol which sees only men follow the casket, Anne, dressed in a black coat with her military medals, joined the men at his funeral as the only female – and arguably one of his closest friends and confidants over the last 70 years of her life – walking with her father for one precious last time. 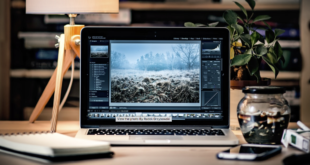 New Year resolutions come in all shapes and sizes, but this year I hope you take into consideration utilizing Social Media as a grandparent.