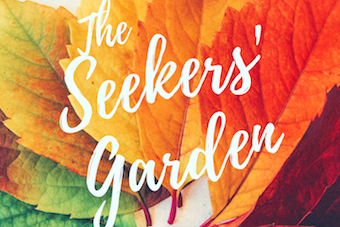 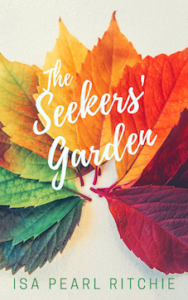 If you stand still for long enough, the past catches up with you…

Leaving behind the fragments of her old life, Marcia Reed-Wilton crosses the world to return to her dilapidated childhood home and dig up the weeds of the past. Next door, Mrs Everglade struggles to maintain her independence in spite of her increasing frailty.

Sixteen-year-old Lea escapes into her poetry to cope with depression until meeting Alex, a much more potent distraction.

Meanwhile, Iris leaves her career on a whim to embark on an adventure of an entirely different kind; moving to a sleepy seaside town to write a book.

On the other side of the world in opposite seasons, Zane, vocalist for a popular band is haunted by cryptic dreams that lead him home.

A few twists of fate and a buried secret leave these individuals deeply and unexpectedly connected. The Seekers’ Garden is a lush and captivating exploration of loss, growth and spirituality.

Isa Pearl Ritchie is a New Zealand writer with a PhD in social science. She writes novels for adults and for young people. Her novel Fishing for Māui was named one of the best books of 2018 in The Listener Magazine and was a finalist in the NZ Booklovers awards 2019. She has also written articles for The Spinoff, Pantograph Punch and Organic NZ. Isa lives in Wellington.

A note from the author:

‘The Seekers’ Garden is a “bookclub fiction” novel, following five characters at different stages of their lives. Their stories are all interconnected which is part of the plot. It includes themes of life changes, depression, loss and spirituality.

The inspiration for this book came to me one day as I was gardening in the front yard of an old family house. I was digging up old bottles and unidentified chunks of metal from decades past and it struck me that there was an apt metaphor here about the old baggage that families often carry and try to bury, but that burdens later generations. The idea came to me for Marcia, a character struck by sudden loss who crosses the world to confront her family’s past and finds herself in her old childhood home, digging up weeds. The weeds themselves are a metaphor for different kinds of emotional issues.

The characters and plot came together, sparked by my own curiosity about people in different life-stages, and about how people utilise spirituality to get them through hard times, and to help themselves to cope, grow and thrive.

It is set in a number of familiar New Zealand locations, predominantly Hamilton and Raglan, with Wellington and Golden Bay featuring alongside a few international settings.

The metaphor of the garden, seasonal cycles and nature are the heart and setting of this novel. It not dogmatic, though it is an unapologetically spiritual novel. In some ways it is quite new-age and in other ways it is earthy and grounded.’

Previous Article The Highs and Lows of Property EPA-ing (from one who knows!)
Next Article ‘Starfish the Star’ by Elaine Bickell, illustrated by Daron Parton