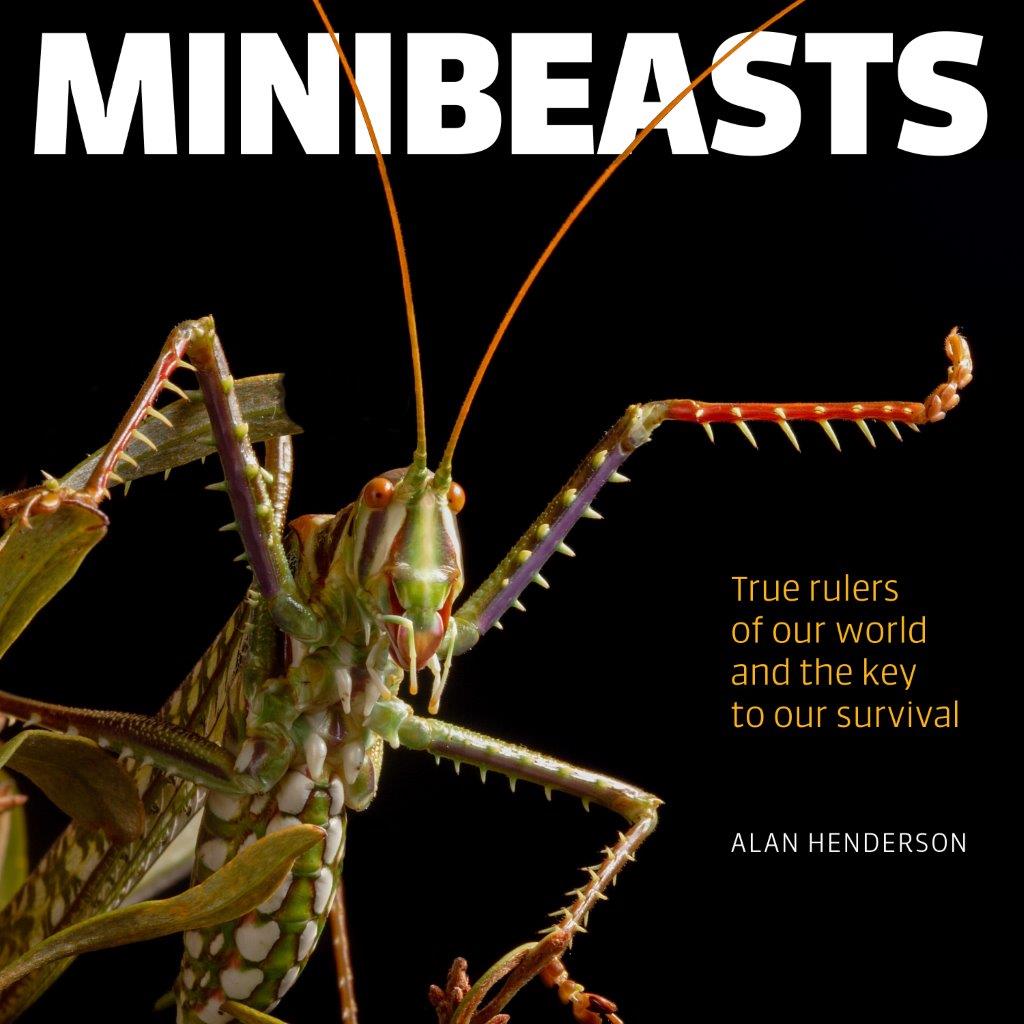 Minibeasts (animals without backbones) rule the world! Although they are tiny the roles they play are linked to every other living thing.

‘Without them, the world as we know it would come to a grinding halt.’ writes Alan Henderson from Kurunda in Queensland. He has always been fascinated by Minibeasts (the multitudes of centipedes, spiders, insects, molluscs and other invertebrates which inhabit our earth and make up about 95 % of all animal life).

When flies buzz around our heads, ants invade our kitchens, mozzies bite our ankles at barbecues, and caterpillars nibble away at the green leaves in our veggie gardens we find them very annoying.

But what most of us are unaware of is that billions of these little critters are beavering away behind the scenes doing important jobs and playing a crucial role in our survival. Plants rely on them as pollinators. They are important food sources for lots of different birds and mammals. And they decompose the layers of leaves and animal droppings that fall to the ground. It wouldn’t just be a messier world without Minibeasts but forests would die. Scientists are also discovering their usefulness when developing new medical drugs and hi-tech robotics.

It is therefore hugely worrying that after surviving on earth for hundreds of millions of years their numbers are now being gravely depleted because of habitat loss and climate disruption.

To raise our awareness about the importance of Minibeasts Alan Henderson travelled widely through rainforests to record with his camera how they have evolved perfectly to suit the different environments in which they live.

In each chapter of Minibeasts he describes a different aspect including their different shapes and forms, the inbuilt tools they have at their disposal, how they hunt or hide, their ability to transform themselves, and their breeding and parenting habits.T his is followed by many full-page colourful photographs with explanatory captions.

Through macrophotography he allows us to get up close to Minibeasts and to appreciate their complexity.

We can grasp the spectacular vision of a dragonfly through the way its compound eyes, which wrap around its head, have been magnified 36x life-size.

The harvestman, magnified 23 x life-size, truly looks like a creature ready-made for a sci-fi movie.

And we can see clearly how a new queen weaver, when magnified 10 x life-size, guards her first precious brood of larvae.

To create these stunning photographs Alan Henderson must have gone on some extraordinary journeys. I would have liked to read more about the challenges he met, and where each was taken. Did he only travel through Australia or also to other parts of the world?

But he has given us a fascinating look into the wonderful world of Minibeasts, greatly enhanced by his skilful use of macrophotography which allows us to see insects in much greater detail than we could with the naked eye.