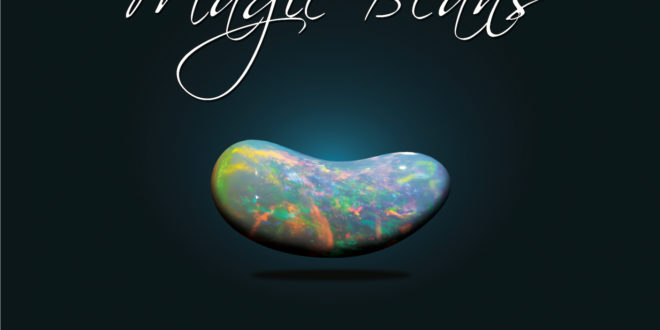 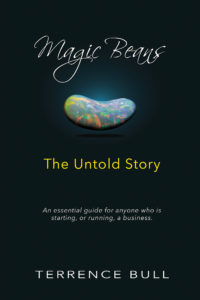 An essential guide for anyone who is starting, or running, a business from successful NZ business coach, Terrence Bull.

He then offered Jack a trade: the cow for some magic beans. He explained that these magic beans would give Jack the knowledge and understanding he needed to become as rich as him.

He said, “Boy, I can show you how to take this fine piece to the market and get back the business the large factory took from your family—and so much more. In fact, someday you will become so rich that you will never have to work again. Just like me, you can sit under this lovely old tree and enjoy the hum of the market making you money without even having to step a foot inside it.”

“No capital, struggling with debt, lack of staff, time and sales— sound familiar? That was us. A radical change of thinking led to explosive growth and going global. We call it Magic Beans.” ~ Terrence Bull

Terrence Bull has been a marketing and business consultant for over 35 years. He has built, from ground up, more than one global company and has helped thousands of businesses and business people build their companies and achieve their business aspirations.

He has run seminars globally and been a global thought leader. He has published many articles and self-help tips for business people over his career.

Terrence is a man of many talents and diverse experiences. His first foray into business was inventing an electronic coin reader for vending machines, which was sold to an American company – all before he turned 21. This same coin reader design is now used in most vending machines worldwide.

He is a successful songwriter, musician and producer, who has also managed bands, and was co-owner of a professional jingle production company, The Music Production Team.

Terrence also developed the first browser-based, database backend Content Management System (CMS). After Terrence opened up his licensed platform to get the technology more widely accepted and adopted, the original ideas and user interfaces behind this technology were copied by almost all other CMS platform developers, such as Wix and WordPress. Off the back of this technology, Woogloo, Terrence’s combined software & marketing company, quickly grew into a global company – servicing clients in 37 countries worldwide through a network of Licensed Resellers.

After Accent Communications, Terrence launched Bull Advertising – which later became Woogloo. His primary drive behind Bull Advertising was funding his humanitarian work in Langus, a slum in Kenya, Africa – a work that began in 1994 as is still ongoing today. Before returning home to New Zealand in 2015, he spent three years working fulltime in Kenya.

His breakthrough theory of Doctrine Marketing (i.e. marketing centred on beliefs: Marketing=Perception) is now widely taught and accepted as core to modern day marketing practices. Likewise, his Blueprint for Business has become a standard for many businesses when self-diagnosing issues or growing their company.

After the COVID-19 lockdown, many businesspeople reached out to Terrence for help. In order to rapidly solve his client’s primary issues and to make his business coaching services more accessible worldwide, he developed the Magic Beans program. He brought together all the material he had been teaching people over 35+ years as a business & marketing consultant, then created a way to turn people’s thinking and beliefs about business around in just 12 hours – through 12 1-hour sessions. The Magic Beans program gives people the same thinking and beliefs that has enabled Terrence to grow global companies in a way that still frees him up to pursue his many other passions.