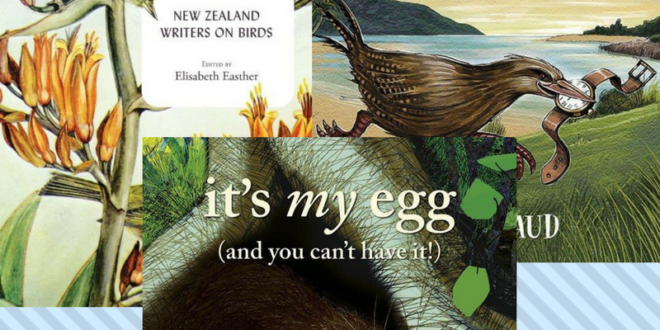 Watch Out For the Weka 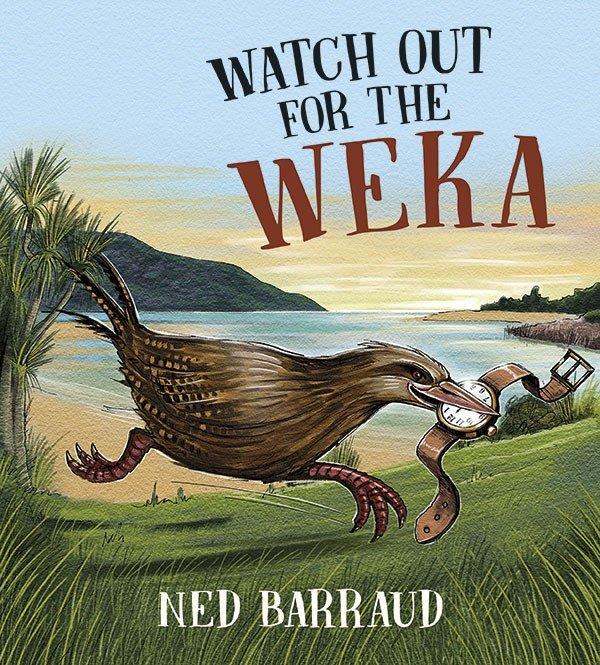 Weka is described as a “Scatty Brown Hen with a criminal Mind” on the Bird of the Year website but I can’t help liking this mischievous bird. It’s a loyal partner who mates for life and both parents share the job of raising their chicks until they are old enough to leave the nest.

But  Weka is an incorrigible kleptomaniac who is attracted to any shiny object that catches its beady eyes.

Watch Out for the Weka is a hilarious (but true) story about Alf, a tramping hut warden at Awaroa in Abel Tasman National Park, and how he became one of a weka’s victims.

At the end of a hot day, he stripped off for a cooling dip in the stream behind the hut except for the watch around his wrist. Quick as a flash, a weka grabbed it, tore it off and flew away.

Alf leapt out of the stream and gave chase but the weka disappeared into the dense bush.  He was left standing there disconsolately in his birthday suit when he suddenly became aware that he was not alone.  A group of trampers had gathered outside the hut and were highly amused to see a stark naked hut warden. How embarrassing!

But Alf did not give up. The watch was too precious. It had belonged to his Dad. So he came up with a very clever plan to get it back that children will love.

Ned Barraud the author loved spending his summer holidays camping in the Abel Tasman when he was a boy and this is where he heard this story.

Watch Out For The Weka by Ned Barraud. Published by Potton and Burton. RRP hardback $29.99 Paperback $19.99 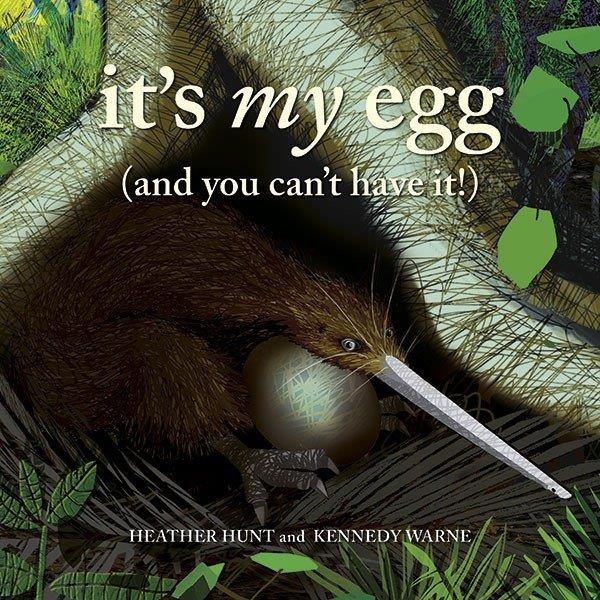 “You’ve got to love a bird that landed in NZ and loved it so much it gave up its ability to fly. Now that’s patriotism.” reads kiwi’s description on the Bird of the Year Website.

In 2009 kiwi was our bird of the year. Could our national icon do it again?

But whether it wins or loses Kiwi is already having a place in the sun this month as October is also Save Kiwi Month, the national campaign to raise awareness of the plight of kiwi, and to raise funds to support work being done on the ground to save them https://www.kiwisforkiwi.org/

It’s my Egg (and you can’t have it!) is about the real-life struggle of a kiwi to protect its egg from predators.

Mother kiwi has done her part. She has laid the egg. Now it is Dad’s turn to protect the egg.

Fortunately, someone is interested in helping him out. While he takes a nap, a volunteer sets a trap nearby to catch any stoat that can harm the kiwi and the egg and the chick that is growing inside the egg.

Brave Father Kiwi manages to fend off a cat that comes prowling and a dog which pokes his nose into the nest.

Then that night a stoat comes snooping. It has smelt the kiwi nest and it’s hungry.

Stoats are very dangerous clever and fierce. If the trap had not been set there would have been a very sad ending!

This a stunningly illustrated book with a powerful message for us to take better care of our kiwis and to protect them from harm. 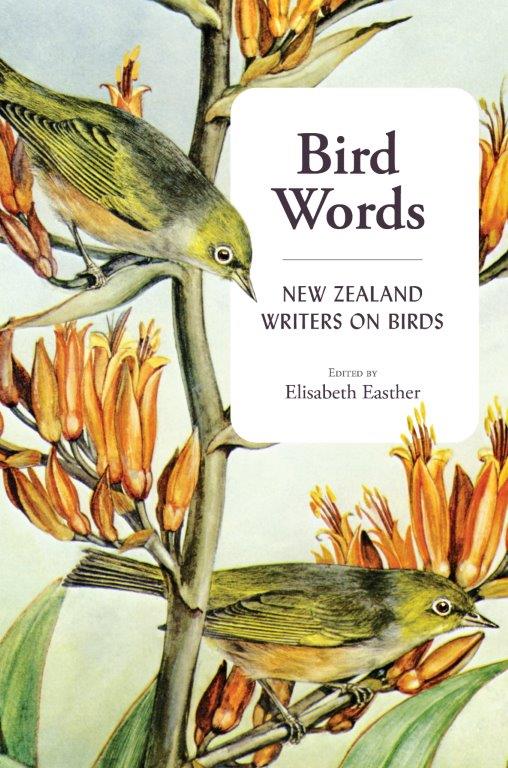 Bird Words is a delightful anthology of fiction, nonfiction and poetry celebrating the birds of Aotearoa (both native and introduced) from the kakapo, 12-year-old kokako and kaka to the sparrow, starling and seagull.

There are tales of shooting and taxidermy as well as of admiration and love, many by well-known authors.

Witi Ihimaera retells a bird creation myth. Jon Gadsby mocks the Moa for not being the brightest bird. Dennis Glover watches the little penguins play in Plimmerton where a dead albatross has also been found. And Hone Tuwhare traces the movement of a hawk’s wings before it is ready to pounce.

But it was also good to discover many stories and poems by writers I’d not heard of before including a delightful poem about a be 12-year-old by Abby Mason.

I found Hal Smith’s story about a black robin especially inspiring. Although Old Blue’s primary legacy was to the continued existence of her own species this story also gives us hope that other New Zealand birds which are in serious trouble today can be saved and that it is worth making the effort to do so.

There’s still time to cast a vote for your favourite Bird of the Year, a campaign to heighten awareness about the fact that so many of our unique New Zealand native birds are in trouble. Voting closes on Monday 23 October at 5 pm.

If nothing is done to protect them a third are at risk of becoming extinct. Their habitats have been destroyed and introduced mammalian predators such as stoats, possums, and rats kill their eggs, young birds and even adult birds.

Children, as well as adults, can cast their vote. Do spend some family time looking at the Bird of the Year website with them beforehand https://www.birdoftheyear.org.nz/.You’ll find interesting snippets of information about each bird.

Previous Article Myth busted: Flying with an infant is only for the brave
Next Article Chocolate chip blondie, the perfect treat