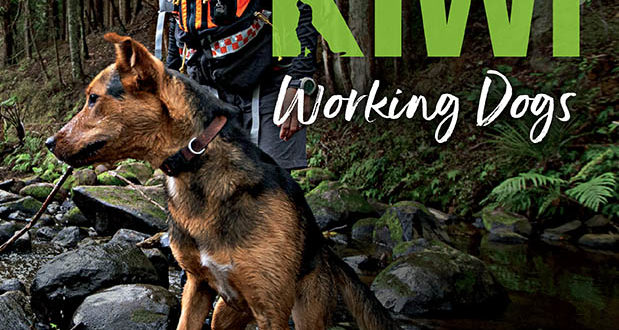 I look at our Labrador lazily snoozing in a sunny spot in our lounge while she waits for the next meal. We love her to bits. But like all Labradors she has an uncanny ability to find and gobble up any food left lying around.

Her work is just to wag her tail and show she is happy to be around us (which lifts our spirits as well), to keep us fit because she needs daily exercising, and to keep burglars at bay.

But Labradors and many other breeds can be trained to do much more difficult jobs and make a huge difference to many lives. These dogs depend on some-one training them to use their keen sense of smell, which is much more acute than ours, in a particular way. 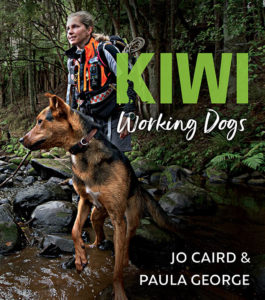 Zinzan, a German Shepherd, a Search and Rescue dog who was called after All Black Zinzan Brooke because like his namesake he is staunch and always willing to persevere. When an elderly and disorientated man went missing from his retirement home Zinzan was brought in to help. Within two hours of arriving at the search scene he had located him lying injured in a creek.

The world is slowly recognizing the benefits dogs can provide for the elderly, the injured or the lonely in our society. Lola, a greyhound, is a comfort support dog. With her caring, willing nature and nurturing instinct with people who are ill she has the perfect disposition for this role

She was placed with Sandy who has severe depression and has had a positive and immediate effect on Sandy’s life as she seems to have an innate ability to read her moods and know when she needs comfort and provide support.

Ada, a Siberian husky, is New Zealand’s first fully trained diabetic response dog. Vicky was diagnosed with type 1 diabetes when she was 7 years old and has lived with the condition for 27 years. She was becoming less aware of her blood sugar levels until they had reached a dangerously low or high level.

Ada has changed her life dramatically as she can pick up Vicky’s highs and lows well before a blood test can or even before Vicky feels any symptoms and warns her with a really firm nudge of her nose.

Pai, the rodent detection dog has followed in his parents’ paw prints. One of his most famous finds was when he caught and killed a rat that was on a van about to be ferried to Motuihe island, a pest free island in the Hauraki Gulf Marine Park.

Keepa, a blue heeler border collie cross is part of the urban search and rescue team in Christchurch. He was one of the first dogs at the scene of the collapsed CTV Building after the February 2011 Christchurch earthquake. Among the mass of mangles steel, glass and concrete he successfully located several injured people. He himself cut his paw badly, an occupational hazard as Urban Search and Rescue dogs don’t wear boots as they need to keep their paws exposed so they can feel and grip uneven surfaces.

There are many more stories about such canine heroes in Kiwi Working Dogs which makes it a book which any dog loving family would enjoy. The chapters are short, and the stories are written in an engaging way. Another special feature of this book are the superb portraits of each dog, often accompanied by their handler with whom they obviously share a very special relationship

Previous Article ‘Wine’ without the ‘Whine’!
Next Article Interviewing for Jobs