A little while ago Statistics New Zealand released its annual cost survey results. Included was a summary of cost increases (and decreases!) over the last five years.
Savings & Investment

A little while ago Statistics New Zealand released its annual cost survey results. Included was a summary of cost increases (and decreases!) over the last five years. It makes for interesting reading, especially when compared against the 21.2 per cent increase in the average wage over the same time period.

Surprisingly most of the items listed rose by less than the average wage (so consumers would be relatively better off if purchasing those items). Interestingly, six of the seven items that rose faster than the average wage were government services, or items directly influenced by tax policies.

Cigarettes gained the most, up 42.5 per cent (due to government tax increases) but hospital services and household energy costs increased by 31 per cent, primary and secondary education rose 29 per cent, tertiary education 24 per cent, and postal services were up 25 per cent. The only non-government item was food, which gained 27 per cent (although that too would have been influenced by last year’s GST increase). On the plus side, childcare subsidies saw the cost of early childhood education fall by 22.5 per cent.

When the cost of essential items go up the first thing most people do is cut back on non-essentials – things that are not a “must” buy like a night out, tickets to a rugby game, presents, and holidays. As a result, when the government increases the tax on petrol or imposes an emissions trading levy on power, then that money is not spent elsewhere and other people miss out.

And, of course, greater care is now being taken to avoid wasteful energy use (although many eliminated the waste years ago, so there remains little wastage to avoid).

H.N. from Christchurch for example, says this: “Our energy supplier has an online daily breakdown of energy usage that you can check. I knew we had an issue with our hot water cylinder so checked it over the course of a week and made the decision to turn off the hot water in the morning when we wake up and turn it back on at night – and wow did it make a difference! It also helps you to see what your bill will roughly be at the end of the month – as you can calculate the units and see your previous bills for per unit costs. That way you won’t get any surprises and it helps you to save the money in the meantime if you check it on a weekly basis.”

By living off the smell of an oily rag families can protect against living cost increases by making sure they are saving something of everything they earn, so they can repay debt and keep costs down. It’s a lesson many families, and countries around the world, are yet to learn. 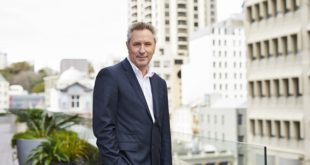 David Boyle Head of Sales and Marketing at Mint Asset Management When I think of ...