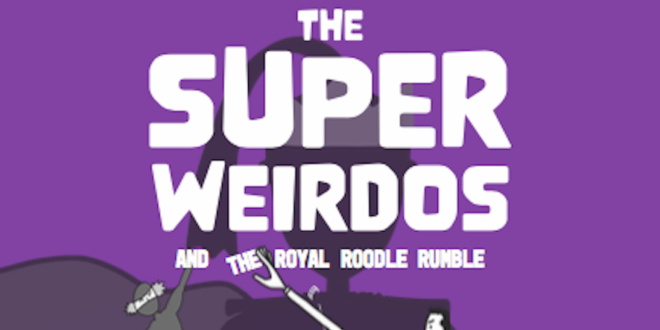 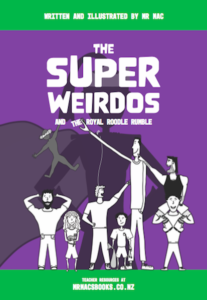 We are very pleased to be giving away three copies of Mr Mac’s book ‘The Super Weirdos and the Royal Roodle Rumble’ to our GrownUps members.

About The Super Weirdos and the Royal Roodle Rumble

This book by NZ author and teacher has everything kids aged 7 to 12 could want: an army of spaghetti and meatballs monsters, fart jokes, burps, space travel, aliens, adventure, secrets and more.

The Super Weirdos return to face another ridiculous battle to save Earth from destruction. Ten-year-olds, Norm and Ruby, with their Alien friends The Super Weirdos take on the fourth worst Super Villain in the Universe, an army of Spaghetti and Meatballs and the Ginormous Bash…

“Buuuuuuurp! Oh no, what next?”

As Norm burps again, he realises that these gigantic burps signal the arrival of a new alien power. After the unfortunate first power, Norm is right to be worried about what might happen next!

In this fantastic tale you will be teleported around the galaxy meeting all sorts of strange and silly characters but most importantly, two new alien secrets are revealed!

If you could burp a superpower, what would you burp?

Kids love The Super Weirdos books because they’re funny and engaging, parents and teachers love the books because they teach alien secrets which help kids in their day-to-day life without them even knowing it! In this book they learn secrets to overcome procrastination and mindfulness techniques to learn how to control emotions – all learnt alongside the heroes of the book.

Mr Mac is a primary school teacher in Mount Maunganui who writes illustrated novels to engage readers aged 7-12. He uses humour to teach lessons like how to never give up on what you want to achieve and has had unique success with reluctant readers. His books are jammed packed full with jokes to make kids and adults laugh; his books have something for everyone.

Andrew Macdonald grew up in Alexandra, Central Otago. He is a proud dad, teacher, sport lover (rugby union and touch rugby), musician, and a published author. Andrew now resides in the beautiful Mount Maunganui with his wife, Laura, his sons, Frank and

Angus, his cat, Bill, and his dog, Millhouse. He loves his job, enjoys learning new songs on the guitar or ukulele, and heads to the beach any chance he gets. Mr Mac is also the author of The Super Weirdos and the Battle of Bash. https://www.mrmacsbooks.co.nz/author

‘Reading improves learning! Kids who read, do better across the curriculum. Fact. The more our kids read, the more connections they can make to improve their imagination and brain agility. They are able to quickly move from thought to thought and help with divergent thinking.

By constantly pushing books upon our kids who don’t already want to read, we achieve the opposite effect to what we want. So find books which are designed for reluctant readers. Fun, engaging, ridiculous books. In my book, The Super Weirdos, I purposefully made the first few chapters smaller and with more pictures. Why? Because when you ask a child, “How much have you read?” and the reply is two chapters (actually two or three pages), they get a massive sense of accomplishment and you, as their adult human, can tell them how fantastic they are at reading. Their self-belief grows and they want to read more.’

You must be logged in to enter this competition.

WIN a Holiday for 2 to Western Australia! 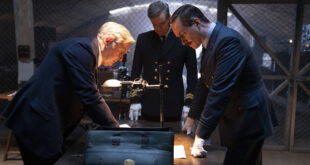 We are pleased to be giving away five double passes to the new movie 'Operation Mincemeat' to our GrownUps members.