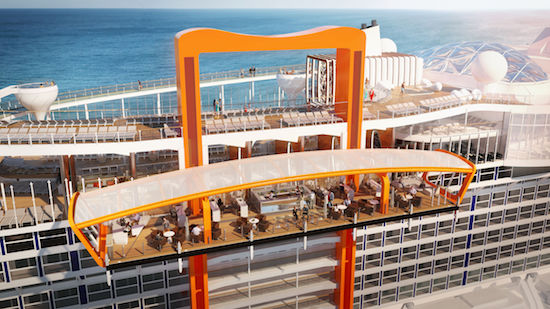 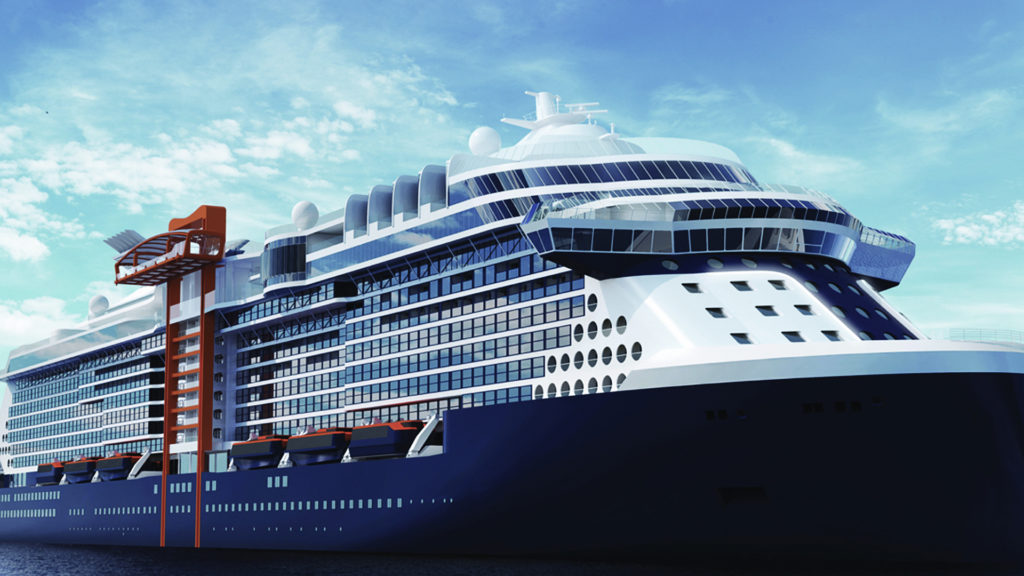 The days of shuffleboard and bingo on cruise ships are long gone. Today’s ships are continuously pushing the boundaries on what can be done at sea to wow guests and 2018 is bringing some of the most far out technological innovations yet. Here’s just a few of the most inventive vessels to look out for this year.

Celebrity Edge
Currently under construction in France by shipbuilders STX, the Celebrity Edge is being touted as the ship that will “leave the future behind” bringing many concepts never seen before in cruising.

The all new class of vessel will feature a three storey height venue with 650sqm of glass windows and a full height living plant installation called the ‘Tree of Life’. Named ‘Eden’ the space will house a garden bar with a 5 metre tall ‘library of plants’ that will provide the freshest of ingredients for an array of cocktails. 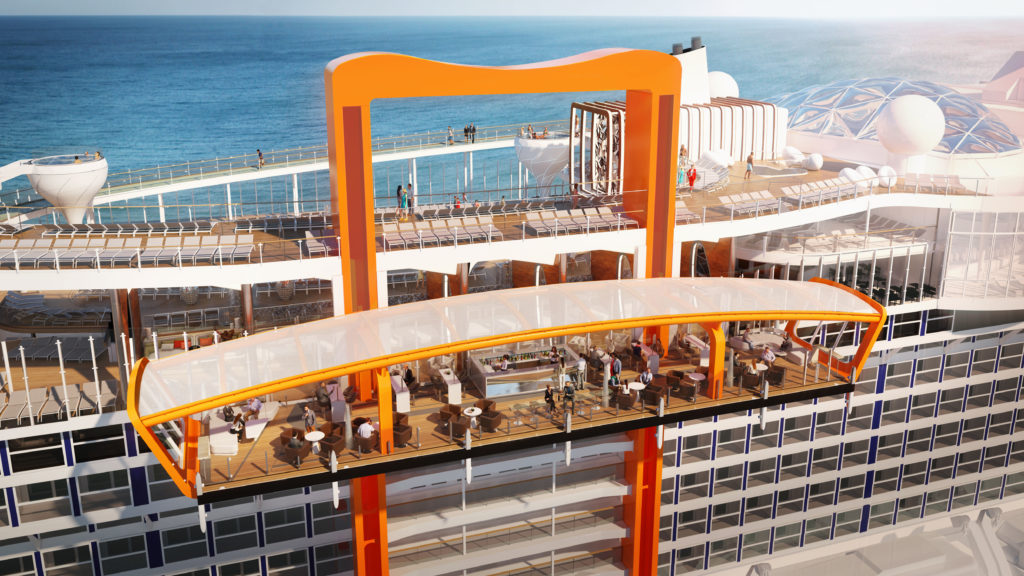 Continuing the botanic theme, the ‘Resort Deck’ will feature a rooftop garden designed by American urban architect Tom Wright. This will play host to a new experience only recently offered by the cruise line called ‘Taste of Film’ – guests watch a film accompanied by a carefully curated menu of food paired to key scenes in the movie.

But, perhaps the ships most distinctive feature will be its ‘Magic Carpet’. A feat of engineering, it will be the world’s first cantilevered floating platform on a ship that is able to travel up and down 13 storeys.

It contains a full bar and space for live music performances, accommodating up to 100 guests at a time. At the very top of the ship, the Magic Carpet becomes an extraordinary venue high in the sky while moving down to Deck 14 it becomes an extension of the main pool area for an open-air dining experience.

Celebrity Edge’s maiden season starts from 21 November 2018, sailing in the Caribbean with fares currently available from NZD$908 per person, twin share, for an Interior Stateroom on a three night round-trip from Fort Lauderdale to Nassau.. 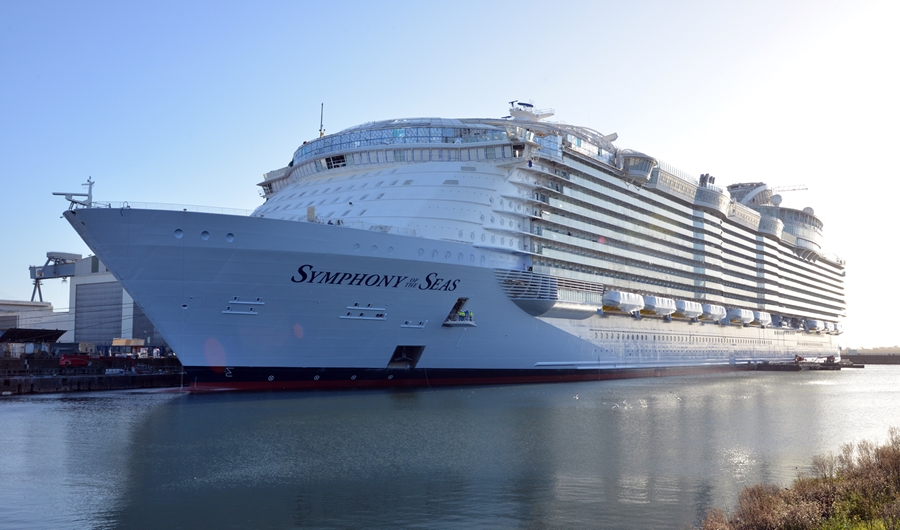 She will feature the next generation of family focussed accommodations including a suite with a slide descending from the kid’s only bedroom down to the living room below, as well as a floor-to-ceiling LEGO wall, and an air-hockey table. The ultimate family suite has a separate 3D movie theatre-style TV room, complete with popcorn machine and a library of video games. Meanwhile, the 212 square foot wrap-around balcony boasts a pool table and a full-size whirlpool that will provide unmatched ocean views. 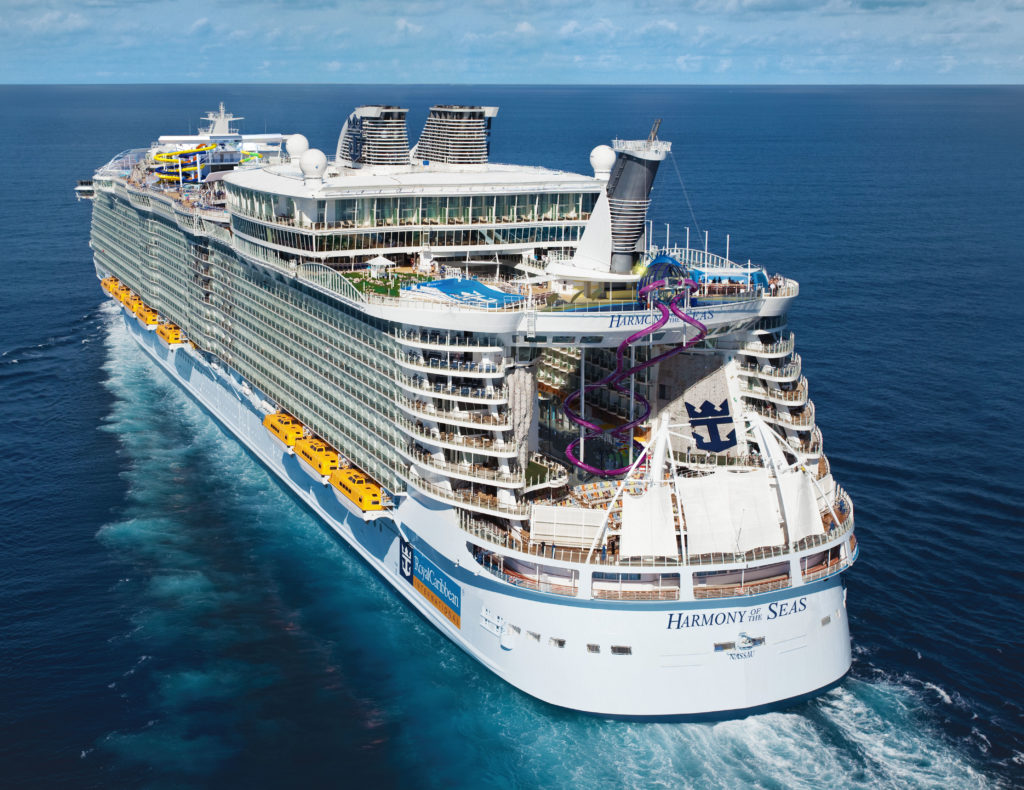 A host of new technologies are being introduced on the new vessel including ‘mobile check-in’ which will leverage facial recognition to make boarding fast and frictionless. Guests will check-in via the brand’s new mobile app and seamlessly upload their security “selfie” to create their onboard account from the comfort of home. Upon arrival, guests will go through a security screening and then head straight to their stateroom where their key will be ready and waiting.

Although it has already been introduce on the cruise line’s Harmony of the Seas, one can hardly talk about innovation on Symphony and not mentioned the Ultimate Abyss water slide. The slide sends guests down 10 decks at a rate of 14 kph. Audio effects within the tunnels create a multi-sensory thrill for those willing to test their mettle and take the 65 metre plunge.

Symphony of the Seas currently has cabins on offer for NZ$1,489 per person, twin share, for an Interior Stateroom for a 7-night Eastern Caribbean cruise departing Miami, Florida on 1 December 2018, visiting St Maarten, Puerto Rico, and Haiti. 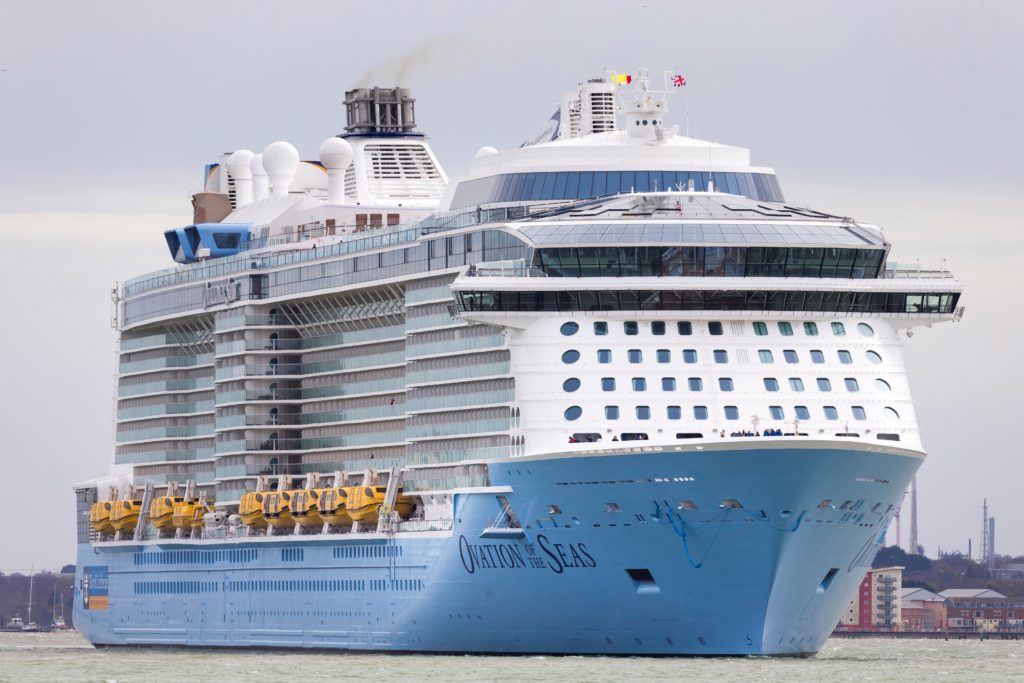 It features one of the most innovative entertainment venues on sea or land, named Two70 for its magnificent 270-degree panoramic sea views provided by vast floor-to-ceiling glass windows, about three decks in height. But by evening its real secret is revealed when it transforms into an immersive virtual experience. The windows become a canvas for a state of the art video projection system which encircles the room in digital scenery which along with six 100-inch LED TVs attached to robotic arms become part of the show. Performers ascend on platforms that rise from the stage making for one of the most unique theatrical displays you have ever seen.

Located on the top deck towards the bow of the ship, the North Star is a 15-minute thrill ride that elevates guests 90 metres above sea level. A jewel shaped glass capsule gently rises and rotates upwards and over the sides of the ship providing breathtaking 360 degree views. It has received recognition by the Guinness Book of World Records for being the highest observation deck ever recorded at sea. 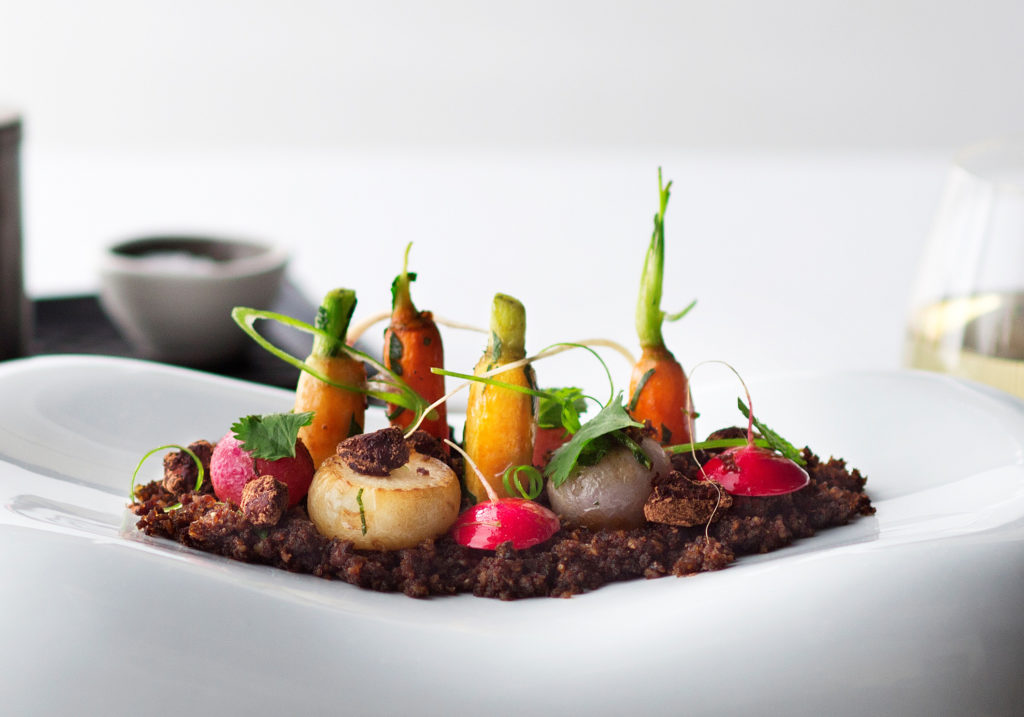 The Wonderland restaurant on board Ovation will have you questioning reality with its culinary creations that are as imaginative as they are delicious. Royal Caribbean’s talented culinary team have dreamed up sensational surprises from completely transparent tomato gazpacho to a dessert encased in chocolate that melts away to uncover the true dish.

Guests are presented with a blank menu which only reveals itself after a secret substance is painted over it, exposing selections divided into groups of elements – Sun, Ice, Fire, Water, Earth and Dreams. Just some of the whacky creations include a ‘liquid lobster’ made from marrow and caviar, and baby vegetables growing in a garden of mock soil on your plate.

A 9-night cruise to the South Pacific departing Sydney on 14 November 2018 is currently available from $1,659 per person, twin share for an Interior Stateroom. The cruise visits Isle of Pines, Noumea, and Vanuatu. 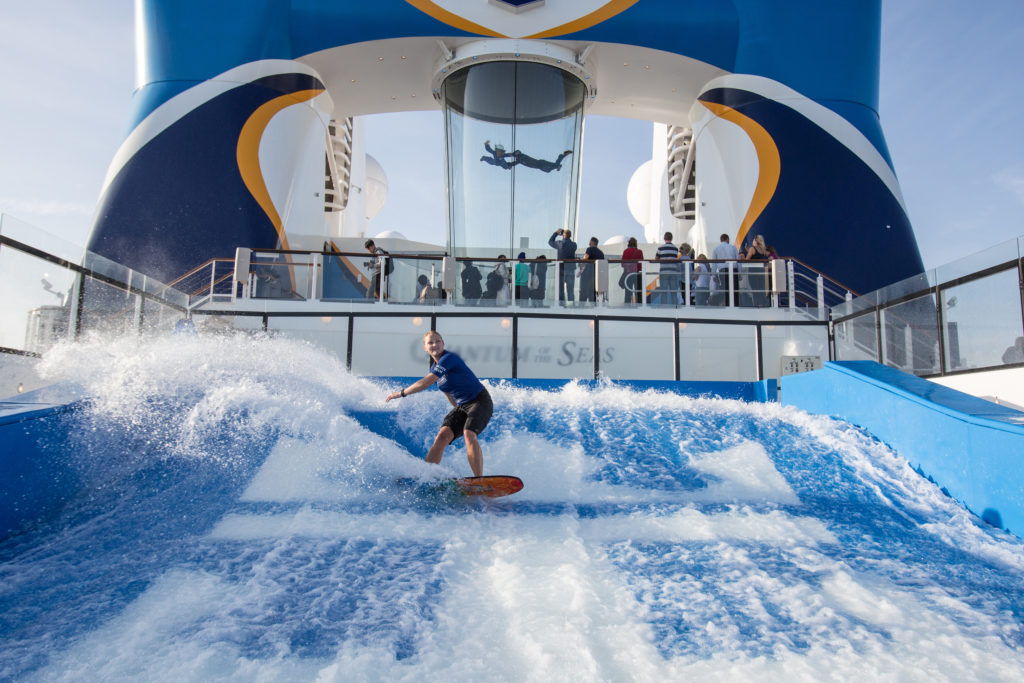 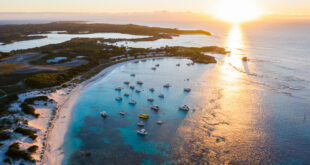 There’s an adventure for everyone in Western Australia

Disconnect from the everyday and the well-trodden, and reconnect with something unspoilt and a little ...