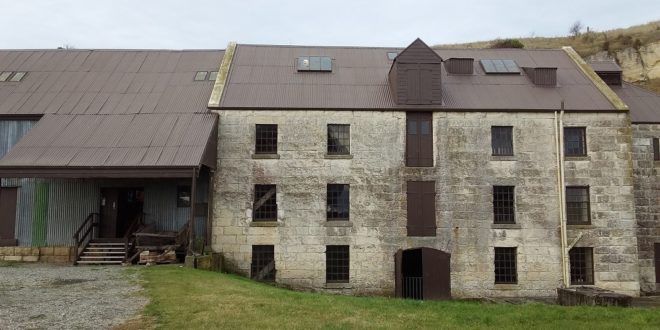 Few sights move me to tears, but a restored flour mill just a short drive south of Oamaru did just that when it purred into action with the flick of a switch while I was visiting. No longer ‘working’ in the sense that it still grinds grain, Clarks Mill has been lovingly restored by a group of dedicated enthusiasts, several of whom turn up on Sundays during the opening months to lead guided tours through the building. On the last Sunday of each month, the mill machinery is in operation, and it was the soft whirr of belt-driven rollers, and the gentle knock of wood on wood as the factory’s old grain elevators burst into life, that brought a tear to my eye. 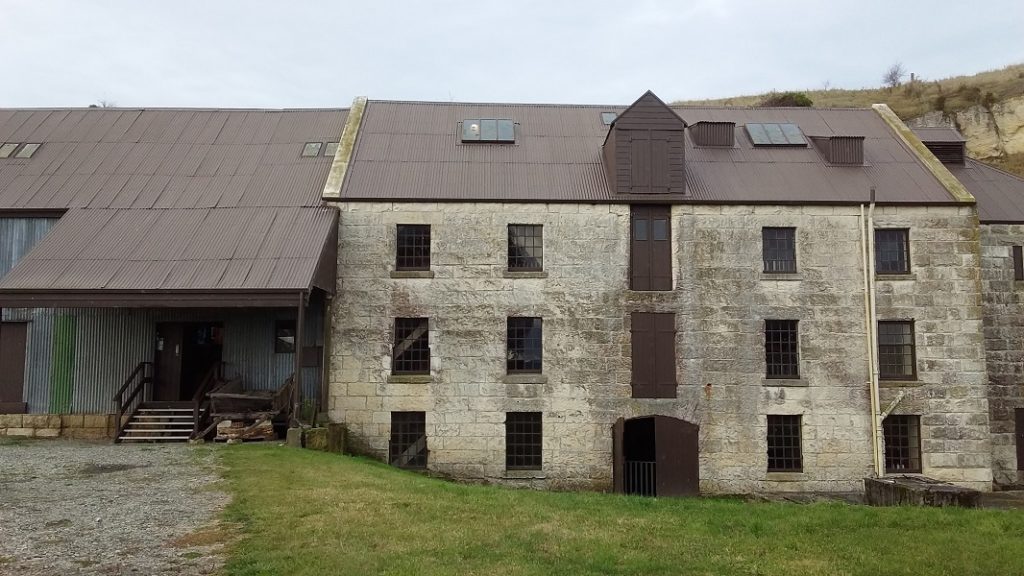 Evocative of an era when things worked at a quieter pace, Clarks Mill is one of our few opportunities to experience the operations of what was once a water-powered factory. Opened in 1866 to compliment the cultivation going on at nearby Totara Estate, the mill is built of what, for all intents and purposes, looks like Oamaru stone. However, while some of the walls actually are from this source, the front of the building is constructed from a harder version of limestone – one which it is impossible to carve. Instead, this more local stone had to be split, then adzed, giving the 4-storied building its decidedly rugged frontage.

Interestingly, for a mill powered by water (first via a water wheel and later by water-driven turbines), the factory isn’t located on a river. Situated in a wide valley, the mill’s water instead came via a weir built across the nearby Kakanui River. This weir raised the height of the water’s fall to almost 4 metres. From the weir, water was channelled through a tunnel (carved out of solid rock) to the mill, from where it exited, once its work was done, via a tail race. 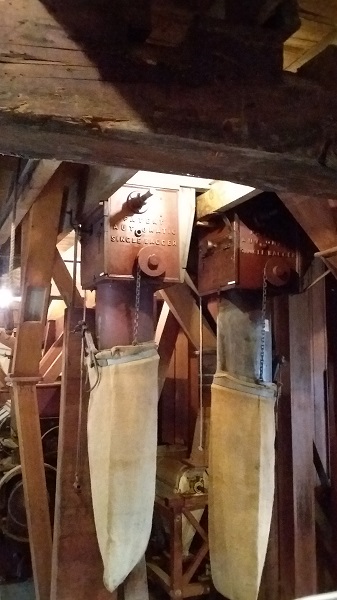 When visiting the mill, allow at least an hour to enjoy all it has to offer (and 1.5 hours if the mill machinery is in operation on the day you are there). Start your visit with the excellent video introduction which places the mill in the context of its historical surroundings, and explore each of its 4 levels. At the very top, be sure to look into what was once the coke-fired oat-drying area, and when you are in the basement, note carefully the levels of the floods (marked on the northern wall) which have engulfed the mill from time to time since its construction. 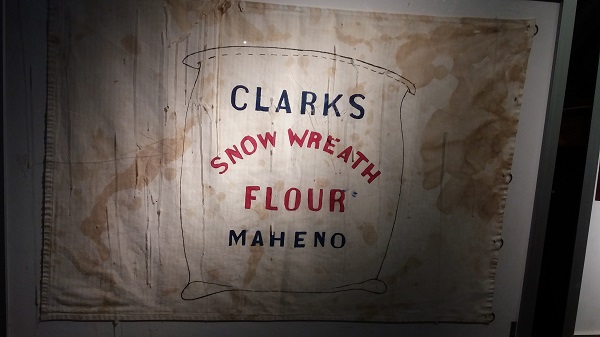 Outside the mill, wander over to the manager’s house and workers’ cottages. Although the writing on the door of one of the cottages isn’t clear, the green letters spell out ‘Smokey Joe’s’, the clue that this tiny building once operated as a night club during a period when north Otago was ‘dry’.

Before you leave the mill and cottages complex, be sure to take a special souvenir away with you; the mill’s very own flour sack designs have been printed onto tea towels which are so delightful that even hardened anti-souvenir collectors like myself succumb to their charms!

I have been to Totara Estate but the mill looks really interesting. Maybe another trip to Oamaru is necessary. Ann011

i would like to go on a couch trip of both islands, who are the best people to go with age bracket over 60s thanks