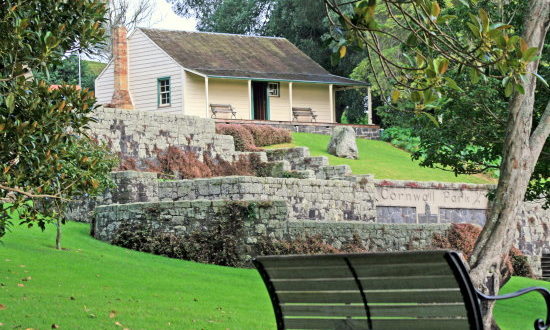 New Zealand may be more renowned for its natural history than its historic places and yet, for those in the know, treasures from the past are waiting to be explored in our very own backyard. From cathedrals to miners huts, there are beautifully restored buildings to delight every taste – and what better place to start than with 3 quaint cottages. 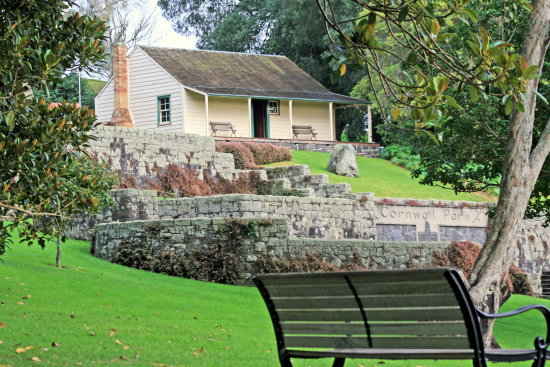 One of the best things about this darling 1840s cottage is that you can visit it with children in tow and not give a second thought to their accidentally knocking anything over! Situated in Cornwall Park (and able to be driven to by car) the interior of the weather board cottage with its wooden shingled roof is cleverly screened off behind clear perspects walls. Bedroom, living room and kitchen are generously furnished with period furniture and artifacts, and when you’ve completed your tour you can enjoy sitting on the wooden deck overlooking the gardens on the slope below.

Acacia Cottage is actually Auckland’s oldest building still standing. Its original owner, John Campbell, along with business partner, John Brown, built it and moved into it in 1841 but the building wasn’t always on its present site. It was originally erected in Shortland Street which was the centre of the city’s original settlement. The sweet cottage is open, free of charge, to visitors from 7 am. It closes at dusk in summer and at 4 pm in winter. Many Aucklanders pass by it on their daily exercise route. 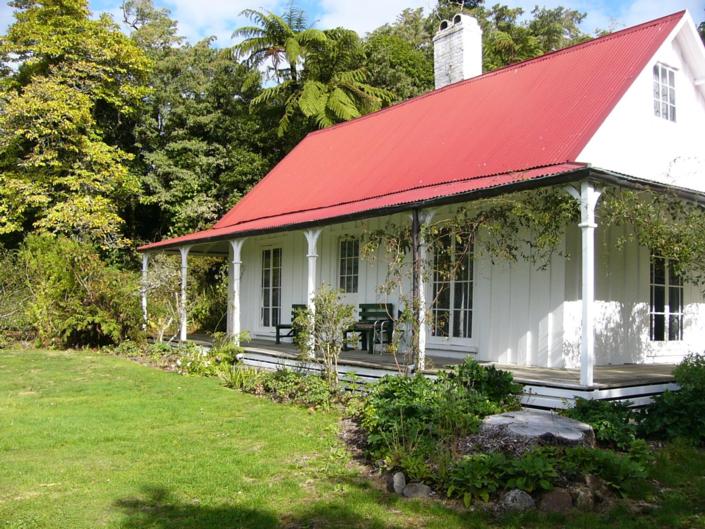 Restored in the 1970s and again in 2011, Hurworth Cottage is just a 12-minute drive from New Plymouth. It was built by early pioneer Sir Harry Atkinson in the 1850s from wood which he milled himself. The cottage’s simple board and batten exterior, pitched roof, polished native timber floors and 4-sided deck are typical of country buildings of the era as is the beautifully preserved furniture which includes bookcases, wooden rocking chairs and writing desks. The dwelling’s French doors open out onto a pretty cottage garden with a native forest backdrop. Humble though the cottage may be, Sir Harry went on to serve 4 terms as New Zealand’s premier. That the cottage survives today is significant given that neighbouring buildings of its time were destroyed during the Taranaki War of 1860, a period which saw Sir Harry evacuate his wife and children to the safety of Wanganui – but not before the family buried their valuables for safe keeping! If visiting, be sure to note the graffiti on one of the bedroom walls which dates from this time. The cottage is located at 906 Carrington Road and a phone call ahead (04 472 4341) is necessary to arrange for a tour of the building and gardens. 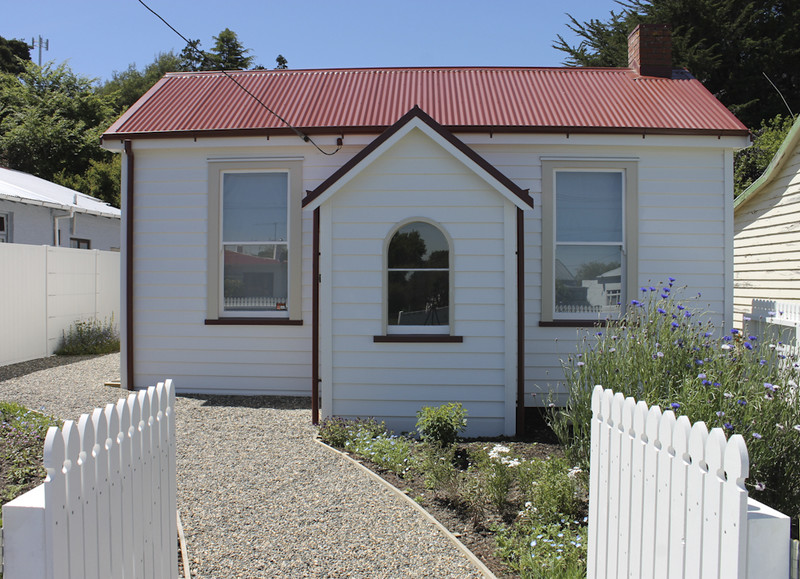 A shadow of its former self, Mataura in Southland seems an unlikely place to find a historic cottage yet this settlement was once a bustling community with a flour mill, freezing works, and large paper mill employing over 200 staff. It is the town’s early workman and woman’s history that is encapsulated in the restoration of Clematis Cottage in Kana Street. Dating from the 1880s, this diminutive dwelling was once home to the Spooners – a  family of ten including two children who occupied the deck as sleeping quarters! It is the family’s possessions which furnish the cottage today and bring it to life. The cottage, with its pocket-handkerchief garden and little orchard is open from 1-4pm on Sundays.