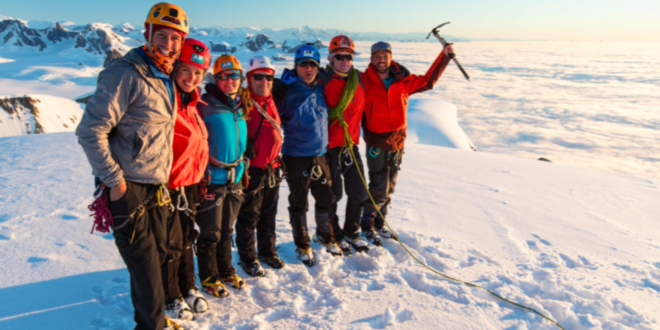 As I lay in Waikato hospital a decade ago with a freshly amputated leg, I made a decision – to get my life back on track. But climbing an Antarctic mountain certainly wasn’t a part of that plan! 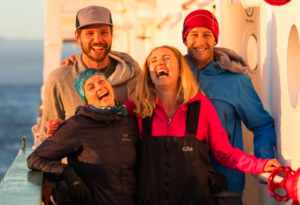 named after polar explorer Robert Falcon Scott. Our goal was to preserve the spirit of exploration and share stories of adventure to inspire others.

This February we travelled from Ushuaia, Argentina aboard the Akademik Ioffe, a 110-metre research vessel turned adventure cruise ship. After 800km of open ocean sailing across the wet and wild Drake Passage, the crew detoured up the Lemaire Channel to drop us to our starting point. There we were. We had travelled half way across the world, we had no idea what access onto the continent would be like, or whether the mountain was climbable, we had a small 48 hours weather window – it was not looking good. 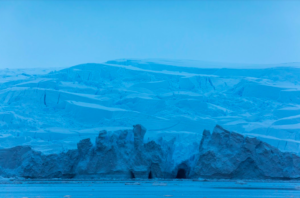 The day of the climb was overcast and grim. Our first sight of Mt Scott, from the small Zodiacs ferrying us to the shoreline, was a stark reminder of what a challenge this was going to be. I had envisioned a ‘beach’ full of pebbles, some snow and maybe a penguin or three. Instead, the only place to disembark was a small patch of rocks above which the snow-clad slopes rose steeply into a thick blanket of cloud that covered everything from a few hundred metres up. We could see Mt Scott rising sharply out of the sea and then it disappeared.

Extreme care was taken getting from Zodiac to the Antarctic continent. I was avoiding a swim at all costs. Up until now, I’d been pinching myself to check I wasn’t in a dream. But stepping onto the continent made everything seem so real. Rockfall, icefall, avalanches, falling down a crevasse, falling down the mountain were all potential dangers. We had to be switched on and 100% focussed. I didn’t know it at the time, but this climb would turn out to be the longest climb I’ve done to date on my prosthetic leg. 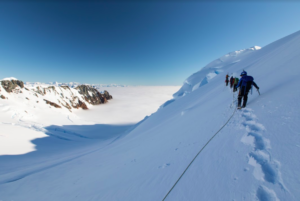 Climbing as an amputee is not comfortable or easy. I had to constantly think about every step and how my (prosthetic) ankle was going to react, as it doesn’t accommodate undulations in the ground as my natural ankle would. The silicone liner in the socket where my stump sits prevented blisters and rubbing but doesn’t breathe, so sweating was another major concern that required constant monitoring.

We worked our way up a minefield of crevasses and could hear but not see constant icefall due to the poor visibility. It was intimidating and I could feel the roar in my bones. After 4 hours of climbing, the low cloud didn’t clear. Instead, we gained so much altitude that we climbed through the cloud and into a bluebird day. The mood went from somber to ecstatic. It was game time. Climbing Mt Scott might be possible.

Tedious and time consuming route finding was needed to negotiate cornices, crevasses and steep terrain. I was thankful that I had put in the hard yards with months of training on my bike, in the pool and tramping as we had been walking for 10 hours and not even on the summit. As we got higher, the views opened up. No words can describe the beauty of the Antarctic landscape. 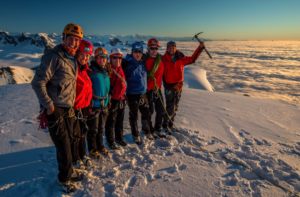 The last few undulations seemed to go on forever, until the moment we had all been working so hard for was upon us. Our team set foot atop of Mt Scott at 8:05pm on the 18th of February. The Antarctic Peninsula stretched out towards the South Pole for as far as the eye could see. A sea of cloud lay out in front of me, under it millions of icebergs were hidden. To my right one of our guides was crying and hugging a fellow team member. This is a guide with 30 years’ experience and hundreds of summits under his belt. For me, that moment made me realise what we had accomplished and how special Antarctic is.

On the summit I thought back to 10 years ago when I was lying on a hospital bed with my leg freshly amputated below the knee. If someone was to tell me that in 10 years time I’d be standing on top of a mountain in Antarctica, I’d have told them they’re dreaming.

As the months have ticked over since our successful expedition, I’ve had the time and space to reflect on an adventure of a lifetime. I now feel a responsibility to share my story, keep the spirit of exploration alive, inspire others to explore the world around them and ensure Antarctica remains pristine for the following generations.

I feel so lucky to share this story with young people who are participating in the William Pike Challenge Award, a youth development programme for students in schools aged between 11 and 14 years old. The WPCA is about growing resilient, confident and connected Kiwi kids through the outdoors, community service and passion projects.

And at the other end of the spectrum, I share my life experiences with the corporate world as an inspirational speaker. I love to challenge my audiences to be explorers in the own world; at home and at work, to be obsessed in a good way and to be a daydreamer – to be a thinker and reflect with purpose.

For more about William, visit www.williampike.co.nz

Read more from William and his endeavours here. 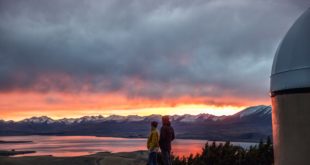