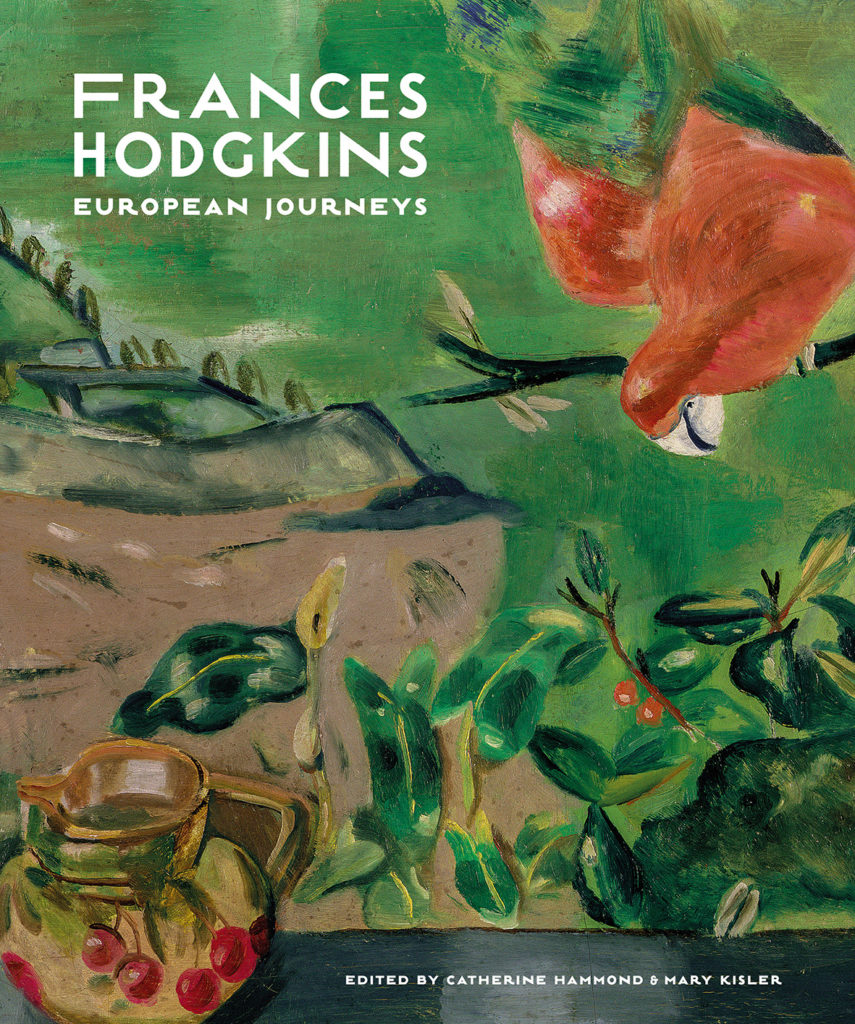 Frances Hodgkins European Journeys has been published to accompany a landmark exhibition of the same name at the Auckland Art Gallery.

Towards the end of this richly illustrated book is a large black and white photograph of the artist as an old lady painting in her studio in England where she spent her final years. Bent over her palette mixing her paints she is completely absorbed in her work. In her seventies by then she was troubled by poor eyesight but her passion for painting remained undimmed.

Her single minded devotion to her art paid off when late in life, during the 1920s, she became a leading British modernist who was invited to exhibit her work alongside such luminaries as Ben Nicholson, Barbara Hepworth and Henry Moore.

In the British Spectator she was lauded  as “one of the most remarkable women painters of our own or any country, of our own or any time” when her 1946 retrospective exhibition was shown at the Lefevre Gallery. How wonderful for her to gain such recognition in her lifetime!

But although famous in Europe she was not widely appreciated at that time in New Zealand. Now at last, to mark her 150th anniversary, we are celebrating her as one of our most important expatriate artists of the twentieth century.

Frances Hodgkins was born in Dunedin in 1869 into an artistic family. Her father, an excellent water-colourist, was her first teacher. She went on to study under expatriate artist Girolamo Pieri, a portrait and figure painter and attended the Dunedin School of Art.

By the time she left Dunedin in 1901 for Europe in her early thirties she was already an accomplished water colourist who had exhibited at home and built a local reputation.

Her great OE continued for the rest of her life. She lived like a nomad, travelling and making her home for a while in many parts of Europe before moving on again.

Frances Hodgkins was captivated by the light and colours of Morocco and Spain. In Paris, where she established her own art school, she encountered different art movements including Impressionism, Post Impressionism, Fauvism and Cubism These inspired her to adopt new ways of expressing herself  but, always determined never to be a slavish copycat, she stayed true to her own vision.

She struggled to stay afloat financially but through teaching, selling her artworks and financial support from her many friends she somehow managed to survive.

In the book, as in the exhibition, the story of her travels and her painting life are interwoven. Alongside a very detailed account of her peripatetic existence written by a series of art experts, over a hundred of her paintings and some drawings are shown from each location: France, Morocco, Spain and England. Most are watercolours but later she also used gouache and oils providing a richer and more intense colour palette.

A painting would take her a very long time to create. She often combined Still Life objects and different aspects of a Landscape and bring them together in a very creative way.

The exhibition Frances Hodgkins European Journeys is on in Auckland until September and will then will travel to other parts of New Zealand.

I would highly recommend seeing it you can. The book is beautiful and will be a welcomed by art lovers but seeing the actual paintings is something else! To be honest I have never warmed greatly to watercolours and also tend to prefer more abstract art. But as I got up close to her paintings I could not help but be captivated by her lyrical style, the spontaneity of her brushstrokes and the way she can make her colours sing.

Take the opportunity to see the exhibition of Frances Hodgkins whose life is charted in a series of paintings if you can. What a remarkable woman she was!