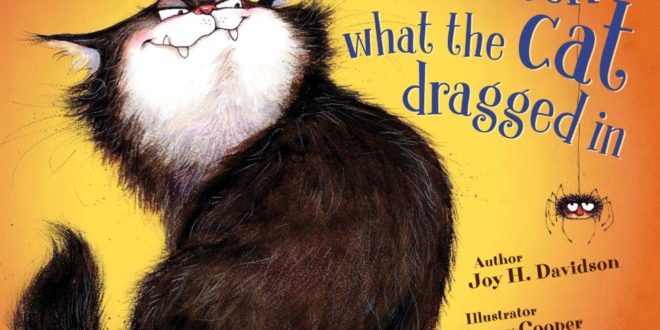 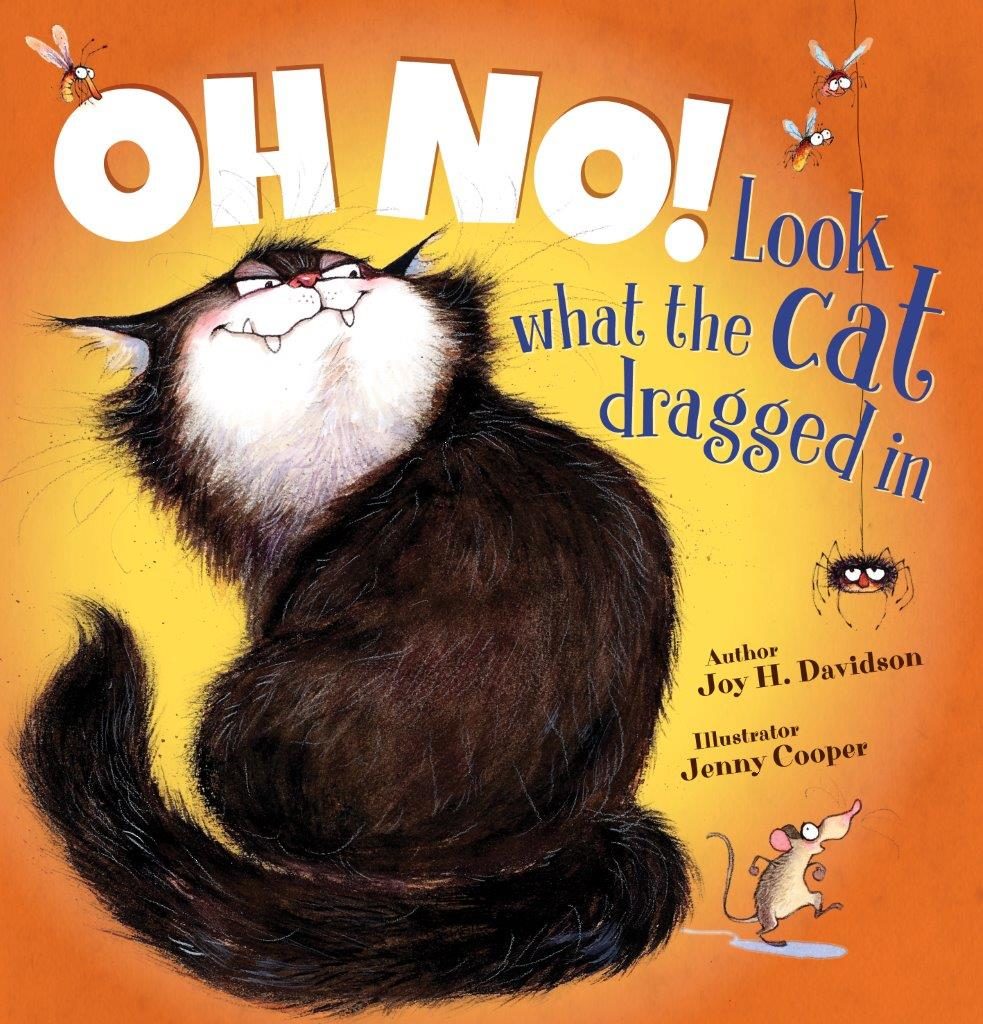 Oh No! Look what the cat dragged in is a hilarious horror story by Joy Davidson about Grandma’s cat who goes out late and night and drags the most awful things through the flap.

When her two grandchildren, who love staying with her, get up in the morning they find her standing on a chair looking very grim and shouting ‘Look what the cat brought in!’ Enormous creepy crawlies, a very prickly hedgehog, a large and smelly dead rat and a big brown shiny cockroach are littered around her kitchen.

As the week goes by her cat drags in many more icky creatures which makes her kitchen look like a war zone. Grandma gets more and more hysterical. Do the children help her? No, they do not. When things get completely out of hand the terrified two disappear upstairs and leave poor old Grandma to cope on her own.

When they eventually reappear and peek cautiously downstairs on Sunday morning to their surprise the kitchen is spic and span. The cat is snoozing peacefully in his basket. Clever Grandma has solved the problem and he will not be going out at night again.

What could be a terrifying tale for pre-schoolers is lightened by the illustrations. The big fat black cat has a rather loveable grin and looks somewhat mystified at the mischief he has caused. Isn’t he just doing what cats usually do?

And most of the creatures he has brought through the flap appear to be in a party mood.  Only Grandma looks upset, angry and really mad towards the end of the story.

In real life, no cat could ever bring in such an assortment of victims, especially not a slimy hissing green snake which is not to be found in New Zealand at all. But it cannot be denied that even the sweetest kitties often go out at night and catch birds.

By finding a way to keep her cat in at night this Grandma is helping to make New Zealand predator free. Gareth Morgan would no doubt applaud her efforts!

This story is closer to the truth than you’d think. heard about a cat which tried to impress it’s owner by bringing in an array of items, among them a large, live and very angry seagull! A neighbour of my my mother’s reported that her cat would bring in geckos from a nearby creek!My own cats over the years have brought in an array of mice and birds-some alive, some dead, and one mouse still alive ,but not quite dead! EEeeeyuk!Whatever their condition , guess who has to dispose of them. Nothing unusual though.