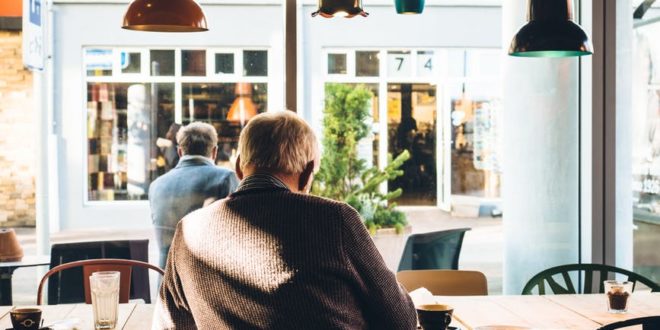 Since starting an old folks’ exercise programme a few months ago, I have become more supple … perhaps.  At least it seems that way, as I can now bend over and pick things up off the floor without puffing and going red in the face.  Mind you, if I am trying to tie my shoelaces without putting my foot up on a stool, the creaking of the knee joints alarms all those within hearing distance.

Recently I accompanied my wife to a nearby town where she intended to go clothes shopping.  My patience in these matters is legendary and is one of the few occasions when I receive unstinting praise from a female.  I put my patience down to all those years when I sat for hours on end in courts of law waiting for cases to be called.  Sometimes I sat with my mind elsewhere for days at a time and was well paid for it.

Upon reaching the clothes shop, my wife found many more items to try on than was usual.  I suggested that I might pop around the corner for a coffee while she took her time.  She agreed and I went to a pleasant nearby establishment.  It was a fine sunny day but unfortunately, all the outside tables were occupied, so I couldn’t enjoy first-hand the aromatic diesel fumes wafting around the footpath where lucky coffee aficionados could inspect the passing traffic at close range.  Instead, I sat on a high stool at a counter just inside the shop, where windows opened out onto the footpath and one had an uninterrupted view of the back of other peoples’ heads. 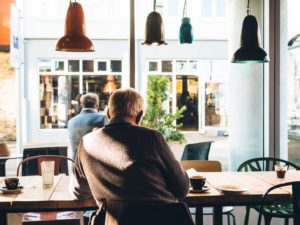 As I sipped my coffee and ate the unnecessary but obligatory muffin – savoury in the belief that it was less fattening than the sweet ones, a zephyr of air thrown up by a passing concrete truck gently wafted my paper serviette off my plate and onto the floor.   Clearly, common sense dictated that to pick it up, I should climb down from my stool.  Instead, confident of my new suppleness, I decided to pick it up by bending over from the stool.   To be fair I did take a firm grasp of the counter with my right hand while bending to the left. My first grab was about 6 inches too high. Accordingly, I moved my backside about three quarters off the stool and with a small amount of cheek still anchored to the slippery leather surface, I again bent over as far as I could.  As my fingers touched the serviette the stool whisked off to the right departing contact with the remainder of my behind.  I frantically threw my feet towards the floor and with arms flailing went to the left.  I succeeded in not crashing to the floor by crashing into a nearby wall instead, taking down a baby’s highchair that stood alongside.  Fortunately, no baby was in residence.

My gymnastic abilities were well appreciated by the other patrons of the coffee shop.  No one applauded but a few laughed and one kind lady enquired solicitously whether I had hurt myself.  I left the coffee bar shortly afterwards with the little dignity I could still muster.  ‘Have a nice day,’ the proprietor called after me. 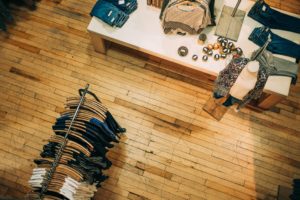 Back at the dress shop, I looked for my wife.  She was nowhere to be seen and all the changing booths were occupied.  They had doors that were of a height where you could see the tops of the occupants’ heads and the occasional waving arm caught in a piece of clothing.  After forty plus years of marriage, I had no trouble identifying the top of my dear wife’s head and went over.  Standing outside the door, I said in a loud voice, ‘How are you getting on?  Do you need me to come in and assist you?’

My wife poked her head out of a cubicle several along from where I was standing. “Who are you talking to?’ she enquired.  ‘No, this idiot is my husband,’ she continued to the shop assistant, who was approaching at speed.  Having established that I was a customer’s misplaced husband rather than a random peeping pervert I was led firmly, but kindly, to the chair on the other side of the shop reserved for troublesome men.

My wife bought several items and told me she was having a successful day.’ Me too,’ I lied. I let her take me out for an uneventful lunch where we sat safely on low chairs.

If you like Terry’s work, you can read more from him here.