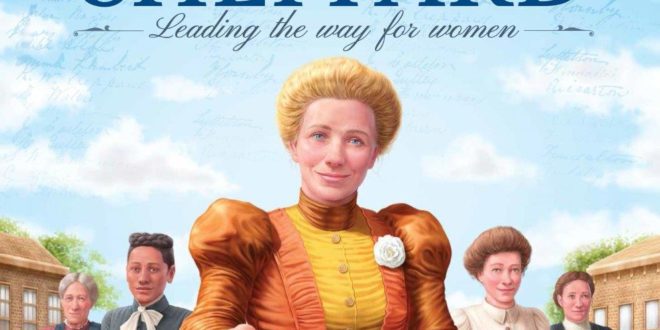 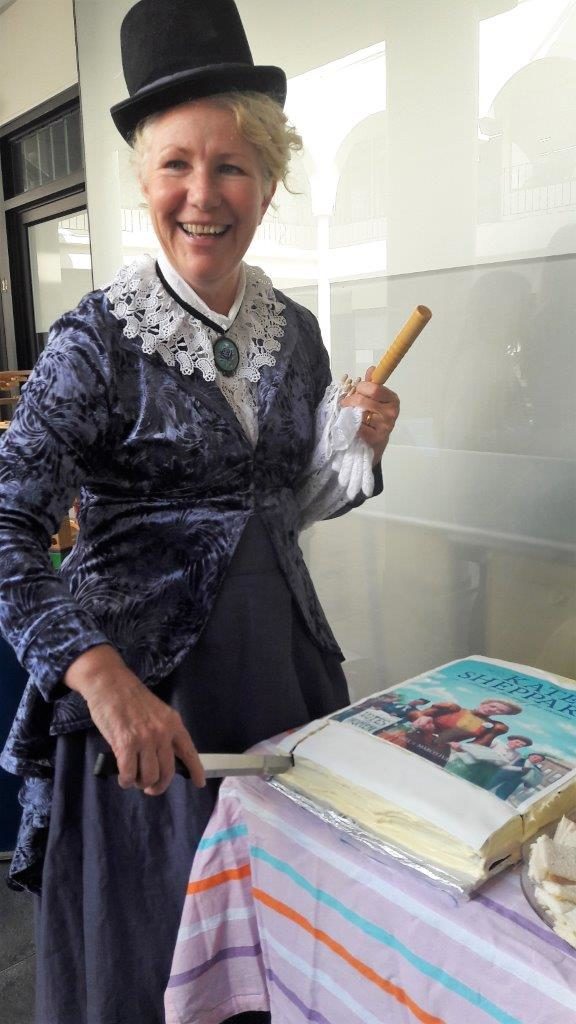 It was such a pleasure to be invited to the launching of Maria Gill’s new children’s book Kate Sheppard: Leading the Way for Women at Dorothy Butler’s bookshop in Ponsonby recently. Maria, dressed up as Kate Sheppard, looked the part perfectly. After her presentation we tucked into a moist and tasty banana cake, dainty sandwiches and a fragrant fruit tea, the kind of spread that might well have been served at a Women’s Temperance supper.

125 years ago women achieved the vote in New Zealand, the first in the world to do so. Her book was written to mark this momentous anniversary and recounts the story of Kate Sheppard’s groundbreaking work for women’ suffrage.

The story starts with a spirited young Kate booting a football around with all her might, ignoring her two mocking brothers.

When she was fourteen her Father died and the family was split up. At the age of twenty she sailed to New Zealand to live with her oldest married sister in Christchurch to start a new life. Here she met and married Walter Sheppard who supported her in her endeavours throughout their life together.

By the late 1880’s Kate had ditched her corset, got herself a bicycle and was cycling around the town, one of the first women to do so.

Kate’s consciousness was raised after hearing a visiting speaker from the American Women’s Christian Temperance Union who exhorted a packed audience at the Theatre Royal in 1885 that “Women should have equal rights! It is time for women to get the vote!”

This marked the beginning of her long and determined struggle to advance the cause of Women’s Suffrage which takes up the greater part of this book. Kate worked tirelessly to set up a Woman’s Temperance group, and organised rallies, marches and the collection of signatures for the Suffrage Petition throughout New Zealand. She wrote pamphlets to members of Parliament and letters to newspapers expressing her views.

It seems almost unimaginable now that at that time some men feared that if women were allowed to be involved in politics they would stop having children and the human race would die out.
The Suffrage petition failed to sway Parliament twice. Undeterred the suffragists persisted and collected more and more signatures.

When the petition sheets were returned to Christchurch for the third time Kate personally pasted the sheets together and rolled the petition around a broom handle for presenting to Parliament.
Success at last! This time the Women’s suffrage Bill was passed and the new Electoral Act was signed by the Governor General 8 days later on the 19th September 1893 making New Zealand the first country to give women the vote.

The amazingly photorealistic computer drawn illustrations by Marco Ivancic add greatly to the appeal of this book. These involved much research to ensure historical accuracy. The way he has managed to capture the expressive faces of the suffragists from despairing, to determined and then finally overjoyed and triumphant, really brings the story to life. Children will also no doubt be fascinated by the kind of clothing women were expected to wear in those days. 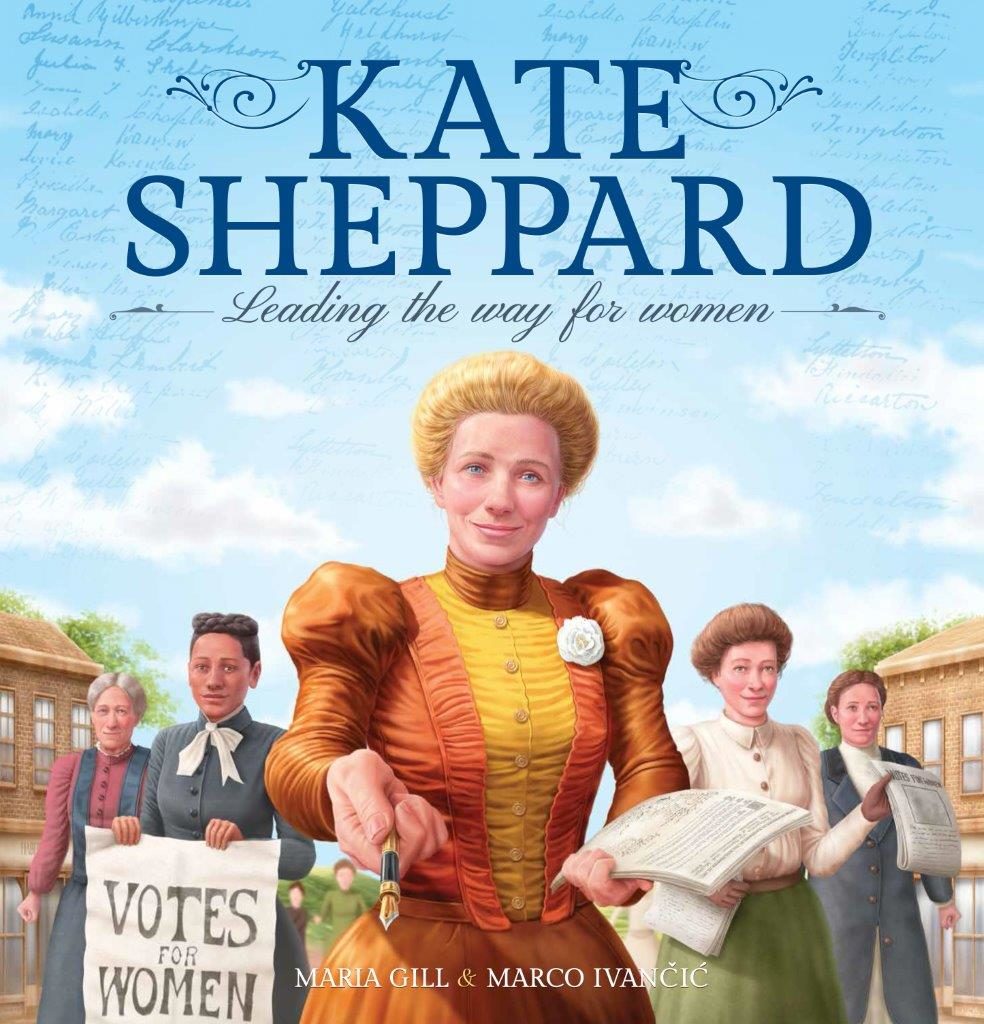 Kate Sheppard: Leading the Way for Women is not the kind of boring historical text which lingers unloved on school library shelves. It’s a really engaging piece of creative historical fiction, a good one to share with your grandchildren.

Much has been achieved in the battle for equal rights since Kate’s time, but sadly we are still not yet a society in which men and women are truly equal. There is still a gender pay gap and what is absolutely appalling is that NZ has the highest rate of family violence in the developed world.

Hopefully Kate’s story will resonate with the younger generation and encourage them to stand up for women’s rights. And if at first they don’t succeed to carry on like the early suffragists who refused to give up until they had achieved their objective.