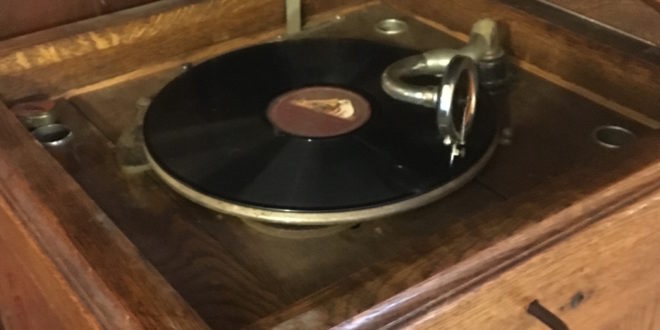 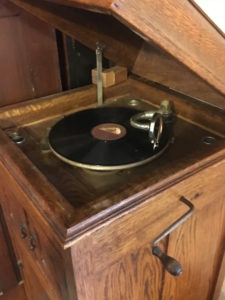 There’s a lot of old stuff in our house. We even have a wind up gramophone with some 78s to play on it – and Pearl, our Jack Russell, can pose as if listening to ‘His Master’s Voice”.

Dusting it (a rare occurrence) has got me thinking how listening to music has changed over the years.

Winding up has been replaced by electricity. Records then changed in size and speed. Our first radiogram played 45s with a single track on each side just like a 78, and LPs  – long playing records that turned at 331/3 rp, with about 8 songs on each side before you had to turn them over.   Stereophonic sound came next – and some people devoted themselves to Hi Fi – getting the best equipment to reproduce high fidelity sound from the records.

Cassette tapes then replaced the records. Remember the trick to tightening or rewinding them by inserting a pencil?  Compact disks – CDs – were the next format.  If we sort through all our cupboards I suspect we will find we have some music  – the Beatles are likely – on all three formats, LP, cassette tape and CD.

The smaller size of cassettes and CDs introduced portable players so recorded music began to travel out of the house.

Computers brought MP3files and players. Purchasing or acquiring music could be done from home via Itunes and other services.  Headphones made listening a personal rather than a group experience.   IPods gave us the chance to have a large collection of music in our pocket.  Next Smart phones simplified access to quality music without an extra device.

Now with an app like Spotify I can listen to music anywhere via my phone, either streaming it or downloading to play when offline. I can use the phone’s speaker or connect via blue tooth to better speakers, small or large. 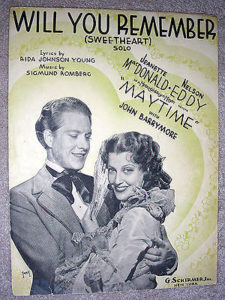 The range of music is vast. I imagine everything in our record/tape/CD collection is available and I can find more modern and much older music.  My parents were married in May 1938. Their ‘ song’ was “ Will You Remember?”  from the movie Maytime  released that year.   Mum and Dad  sang it at the piano and we never had a recording.  The sheet music shows Nelson Eddy and Jeanette McDonald.  I found them singing it on Spotify.   That sent me looking for my Sunday morning Request session favourite, The Laughing Policeman.  Found that too!

It’s well worth exploring for favourites of any era! 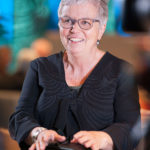 Previous Article Take your brain for a walk
Next Article The Trump file – can he survive or even thrive, or will it all collapse 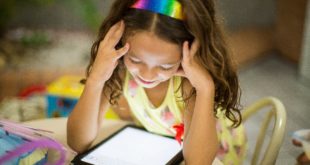 How to keep your grandchildren safe online and their devices secure

It seems like every kid has an electronic device these days, whether it’s a phone, ...