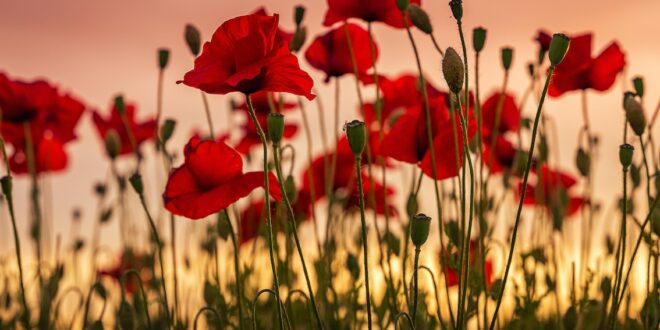 April 25th is without doubt the most important day on the calendar of The Royal New Zealand Returned and Services Association. More generally referred to simply as ‘the RSA’, the organisation was formed in New Zealand in 1916. The brainchild of returning World War One ANZACs, it was established to provide support and comfort for service men and women and their families. Today, one-hundred-and-eighty-one RSAs operate around the country. Collectively, they are made up of over one hundred thousand members, most of whom, like Pauline Soper of Balclutha, are volunteers.

Pauline was drawn to the RSA and its work through her late father, a World War Two 2 veteran who fought in the Battle of Monte Cassino and was awarded a military medal for his service. Her research into her community’s soldiers, and her involvement in the RSA’s Executive, saw her travel to Rome in 2016 as a national representative. Laying a wreath at the cenotaph, there, was a moving experience.

Pauline now volunteers in her role as a trustee on the Clutha District RSA’s Welfare Trust. Although the trust exists to meet the needs of her district’s returned service men and their wives, in actuality, only the wives remain. However, the care offered to these valued ladies, most of whom are now in their nineties, also extends to their family and friends, and to other elderly in the community who appreciate companionship and may be in need of a helping hand. For, as Pauline is quick to point out, war affects not only service people and their husbands and wives, but also their children and communities.

To facilitate get togethers for those her welfare trust cares for, Pauline and her fellow volunteers host functions throughout the year. Once a month, they prepare afternoon tea which is served at the town’s RSA rooms. Members of a local rest home are invited to join in, and Pauline says that, for many, it is the highlight of their month. At these afternoon teas, connections from the past are often made. On an annual basis, either a mid-year or Christmas function is held at the local Town and Country Club, and no one misses out as transport is provided for those who don’t have their own vehicle.

As the pandemic shut down many of the usual avenues for meeting up, Pauline and her team held baking bees, and boxed up home made goodies which were delivered in a contactless way to those the trust cares for.

As well as providing social outings, Pauline’s welfare trust also has a number of mobility scooters it makes available to those in the community who need them. They are provided free of charge to local veterans, and to the community in general for a modest fee. If veterans visiting the district require the services of a scooter, this can be arranged. Pauline says the trust is sometimes gifted with a mobility scooter, which is a generous gesture. It uses funds raised from its annual poppy day appeal to help service the scooters and their batteries.

In the future, as her district’s number of veterans and wives wane, Pauline believes there will still be an active and important role for the Clutha District RSA’s Welfare Trust, as it continues help other elderly in the community.

Given the disrespect recently shown to our nation’s national cenotaph during the anti-madate protests in Wellington, perhaps it is just as well the RSA remains as visible as possible in our communities so we never forget the men and women who gave their service and their lives in the true interests of freedom.

Making a Difference: Banking On It – a food bank volunteer’s story

Rotary Could Be Your Kind of Club 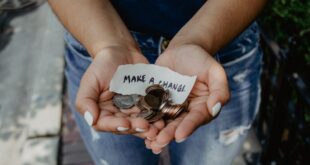 When most of us decide to donate money, we go through a professional agency such as Red Cross, Save the Children, or, closer to home, Make a Wish or KidsCan. But for a group of Southland quilters that go by the name of ‘ET Patchwork Circle’, not only is the giving rather more involved, it’s also a labour of love.