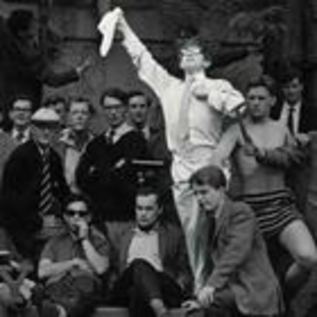 What makes for a good summer read? We like variety. So far it has included a frivolous chick lit, a political thriller, and two books about famous men, Nelson Mandela and Stephen Hawking.

Bridget Jones: Mad About the Boy

I loved Bridget Jones's Diary about a thirtyish loveable but rather scatty young woman in search of love who constantly overate and obsessed about her weight. It signaled the beginning of the chic lit era.

Seventeen years later author Helen Fielding has brought Bridget back as a wealthy 51 year old widow. After grieving for four years her friends persuade her to try Internet dating. She scores a handsome toy boy who has a thing about older women and they embark on a scorchingly hot affair.

Bridget obsessively embraces modern technology, learns how to tweet, then gets her knickers in a twist because no-one is following her. She sends saucy texts during a business meeting where her film script is being discussed. Some of her drunken texts are littered with fart and vomit jokes.

It's all rather foolish and unreal and has not gone down well with the critics: The Daily Telegraph called it a clunking disappointment, and described the book as veering between a 'disconcerting' Fifty Shades of Grey manner and a sub-Mills and Boon style.

Despite the poor reviews it has already become a best seller on Amazon, undoubtedly because Bridget fans haven't been able to resist finding out how her life has unfolded.

I would have to agree that when a 51 year singleton with two young kids behaves like an overgrown teenager it's almost too tragic to be funny. But I can't help wondering: will we be getting another update when she is eighty? And will she still be outrageous?

Nelson Mandela: In Celebration of a Great Life

This handsome coffee table book about one of the worlds most loved, and revered human beings was written by Charlene Smith, a political journalist who knew Mandela well.

I leafed through the wonderful collection of photographs including ones of Mandela as a youthful amateur boxer and as a serious young lawyer. His is one face amongst many at the treason trial in 1956. Two years later he appears radiantly happy with Winnie on their wedding day. Their married life together was all too short. There is a picture of him staring pensively out of his Robben Island prison cell, where he was detained in 1964. It was to be more than two decades before he regained his freedom. By 1994 we see him as South Africa's first black president where he was able at last to put his vision for national reconciliation into action.

The pictures tell much of the story. The accompanying text fills out the political history and tells how despite the great injustices black South Africans suffered during the Apartheid era, and his own imprisonment, Mandela amazingly kept his vision for reconciliation and a society in which black and white South Africans would have equal rights and live in harmony.

Charlene Smith describes Mandela as the great man he was. But she also does not gloss over the difficulties in his personal life and that after becoming President he failed to deliver all of his hopes for peace and growth in a turbulent country. Mandela was also unwilling to acknowledge the threat of HIV/Aids until some of his own relatives died of it.

Few would have known until reading this book that in his final years he was in the early stages of dementia and became lonely and isolated.

I liked the book all the better for her frankness. It did not diminish Mandela in my eyes, but showed that he was not a god but an exceptionally great human being.

My partner John, an avid thriller reader immersed himself in Frederick Forsyth's latest thriller "The Kill List". The story is about a radical Islamic preacher whose internet sermons incite Islamic Jihads around the world to kill high profile British and American non-believers. The USA President and two associates decide he must be killed.

The hero (The Tracker) who has lost his wife in a car accident must track the Preacher down.

"Unlike most thrillers this is a one dimensional story with no subplots or character development. In most thrillers the hero has a character flaw, has some self-doubts, or there is some suspicion that he is not doing a good job. Not so in this story, nothing is put in his way so the ending is predictable. Forsyth pads the story out with historical data about Al Queda and the Taliban.

There is also a lack of realism in the story as, although there are drone strikes, there is no collateral damage and no innocent civilians are killed.

In my view his latest thriller is not as good as the ones he wrote in his younger years such as The Day of the Jackal and the Odessa File. Has Frederick Forsyth still got what it takes or is it perhaps time for him to call it a day?

Although it was disappointing that it lacked complexity and was too predictable, Forsyth does put his words well and there was enough tension to hold my interest. It was an enjoyable read."

My Brief History, a memoir by Stephen Hawking, one of the most brilliant cosmologists of our time was written entirely by himself which accounts for its brevity.

As a result of his motor neuron disease his maximum speed is three words a minute. His cheek movements are translated into text by means of computer software.

He traces his life from the time of his birth in 1942 and his post war London boyhood to his rise to international celebrity status.

He did not learn to read until he was eight years old. But later he went on to win a scholarship to Oxford where the prevailing attitude of the day was to do as little work as possible. In his last year there his life was turned upside down when he was diagnosed with motor neurone disease at the age of 21. Despite the cloud hanging over his future he fell in love which spurred him on to start working hard for the first time in his life to complete a PhD, get a job and marry. This was the beginning of his illustrious career.

From then on the book is mainly about his scientific discoveries and the evolution of his thinking. Without a background in physics I struggled somewhat to understand the theoretical parts about gravitational waves, black holes and time travel.

Now in his seventies he looks back with satisfaction: "It has been a glorious time to be alive and doing research in theoretical physics", he writes.

Despite flashes of wit I found this book somewhat dry. I would have liked him to reveal more about his personal life, his relationship with his two wives and children, and how he felt about the extraordinary hurdles he had to overcome.

Previous Article Love Sugar? It Could Be Making You Sick!
Next Article When A Text Message May Save a Life