A mystery surrounds the death of Sarah Hussain, the vicar of St Peter's Church. A solo mother of mixed race and liberal views she was very unpopular with many members of her congregation. The community is deeply shocked when she is found strangled in the vicarage.

In his retirement Wexford has been leading a leisurely life by immersing himself in books he never had time to read before like The Decline and Fall of the Roman Empire. Perhaps he is a little bored. When Mike Burden his old friend and colleague (who has taken over his job) asks him to come out of retirement to help solve her murder in a voluntary capacity he leaps at the chance.

And he soon proves that he is still a wily old fox who has what it takes to ferret out and sift through the relevant information.

Surprisingly though, for a man who has only recently retired from a very responsible job, he is completely untech savvy. He lacks the skills to surf the web to find information which could help him to solve this mystery. Instead he does all his detective work in the old fashioned way, by talking to people.

He has to preface each of his interviews with "I'm a retired policeman; you don't have to answer my questions." But people are surprisingly willing to share any information they have with him.

What stayed in my mind, long after the mystery was solved, was the rather poignant portrait of Wexford (once a chief who was obeyed by all) having to come to terms with the fact that as a retired person the balance of power in his life has irrevocably changed. As he put it:

"When for years you have had authority it is very hard to lose it, suddenly to find that powers you took for granted have disappeared overnight and perhaps more to the point, stay disappeared."

As for his creator, Ruth Rendell, she is still going strong at 82. She writes a novel each year and has no intention of stopping. Writing is what she does best and she can't imagine her life without it. She's living proof that age is no obstacle to creativity.

I found this book an enjoyable read.

Although both involve murder there's a world of difference between mysteries and thrillers. Mysteries are for readers who like to puzzle things out. Thrillers are for those who crave excitement and danger.

Andrew A Kaufman once described a thriller as a mystery on Viagra. "Everything's more amped up, fast-paced, and frenetic. A good thriller should keep your heart racing, your fingers swiping at the pages, and your rear on the edge of its seat. "

James Patterson has over the years (he is now 66 years old) become a Master of the Art. In his new thriller "Second Honeymoon" (A holiday to die for) there are two very different serial killers who must be stopped.

The novel starts with the story of a newlywed couple stepping into a sauna in their deluxe honeymoon suite. They never make it out. Then more honeymooners are targeted in different parts of the world. FBI agent John O'Hara is soon deep into solving the case.

At the same time another rampage is happening. Special Agent Sarah Brubaker is hunting a serial killer, whose victims all have one chilling thing in common.

Despite the fact that these killers are not connected the thriller works. James Patterson is not a great prose stylist but he knows how to tell a good story.

Compared with many thrillers the chapters are very short and the narrative is uncomplicated. Good to tuck into your hand luggage to read on a plane.

Previous Article Every Dog Has Its Day
Next Article My Friend’s Diagnosis: Alzheimer’s Disease 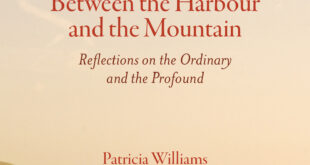