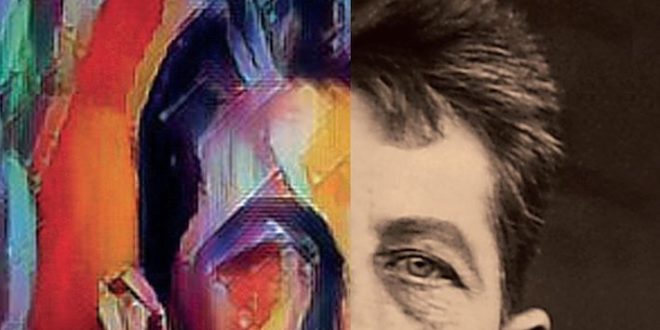 Hjilmar Dannevill travelled the world in the late nineteenth and early twentieth centuries, sometimes using aliases, sometimes disguised as a male, and claiming to be researching venereal diseases on behalf of a wealthy Austrian businessman.

She arrived in New Zealand in 1911 and falsely presented herself as a qualified medical professional while helping to set up a Wellington private health home run by respected and  influential Dr Edith Huntley.

In the hostile anti-foreigner environment of World War 1 doubts about her sex, identity, qualifications and motivations, as well as suspicions about her relationships with women, drew the attention of police and military authorities. In May 1917, although she tried to defend herself, she was declared a German spy and imprisoned on Matiu/Somes Island, the only woman among more than 300 male prisoners and guards. Hjilmar Dannevill is the only woman to have been imprisoned on the island.

Like many other women who formed transnational networks stretching across Europe, Asia, the Americas and the Pacific to New Zealand, in defiance of sex-role stereotypes, Dannevill pursued life, work and female relationships around the globe.  According to the authorities she was ‘a thorough humbug and fraud’ and ‘just the sort of person who would take up such a job as a political spy or pimp.’

But who was Hjilmar Dannevill? Why did she lie? Why was she persecuted? Was she a spy?

Julie Glamuzina was born in Auckland into a wider immigrant family from Dalmatia and was raised in two cultures.

She has an MA (Hons) in history from the University of Auckland and a teaching qualification in maths and history.

Julie was an active member of early gay liberation, feminist and lesbian groups. She has contributed to the Dictionary of New Zealand Biography, Women Together: A History of Women’s Organisations in New Zealand, and SPIRAL magazine. She has published a history of lesbian political activity in New Zealand — OutFront: Lesbian Political Activity in Aotearoa 1986 to 1985 and co-authored Parker and Hulme: A Lesbian View which explored the circumstances and social impact of the 1954 Christchurch murder case.

Her most recent publication —Perfectly Natural – explores the intriguing story of a woman who identified as a lesbian and passed as a man in mid-twentieth century New Zealand.

An avid cyclist and cat-lover, Julie works as an IT professional and manages a commercial fig orchard in Northland with her long-time partner and their cats.