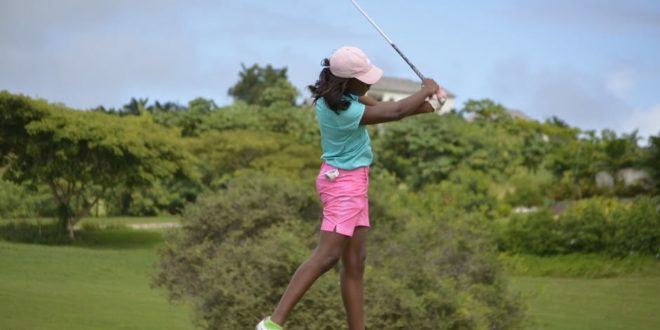 My partner, who shall herein be known as The Comedian, is a golfer. I am not.

I am allergic to sport in the manner that some people are allergic to peanuts or shellfish. Whilst I may not go into full anaphylactic shock, I do break out in a sweat and suffer a heart beat so fast it feels like I’m about to have a coronary.

I put this all down to childhood trauma where school sports were inflicted upon me and I had to disgrace myself by trying to hit a ball that quite frankly, didn’t want to be hit. I suffered the humiliation of being overtaken in the school swimming races and having to bob under the lanes and scramble up the side of the pool to avoid oncoming traffic. Then there are memories of running around the field in bright red rompers so large I could almost use them as a parachute and that even at age 11, made my posterior look positively enormous. (Whatever happened to rompers by the way?). That, however, did not compare to the indignity of accompanying my father to an All Blacks game as a young girl where a man relieved himself into a beer can then threw it at my head which may not alarm today’s generation but back then was totally scandalous.

My point is; if I had to choose between sport and having a frontal lobotomy, the brain surgery wins everyday.

So, why then, with such an insalubrious sporting spirit within me, am I now at a stage where taking up golf actually seems like a good idea? It all started when The Comedian gave me two golf lessons for Christmas (thankfully these were an addition to a much more spectacular present otherwise he would have been found strangled by a Christmas stocking). I smiled sweetly and said thank you, with absolutely no intention of ever doing anything about it, thinking I might file the voucher away with old Mother’s Day cards, ne’er to see again.

But oh, the best laid plans… 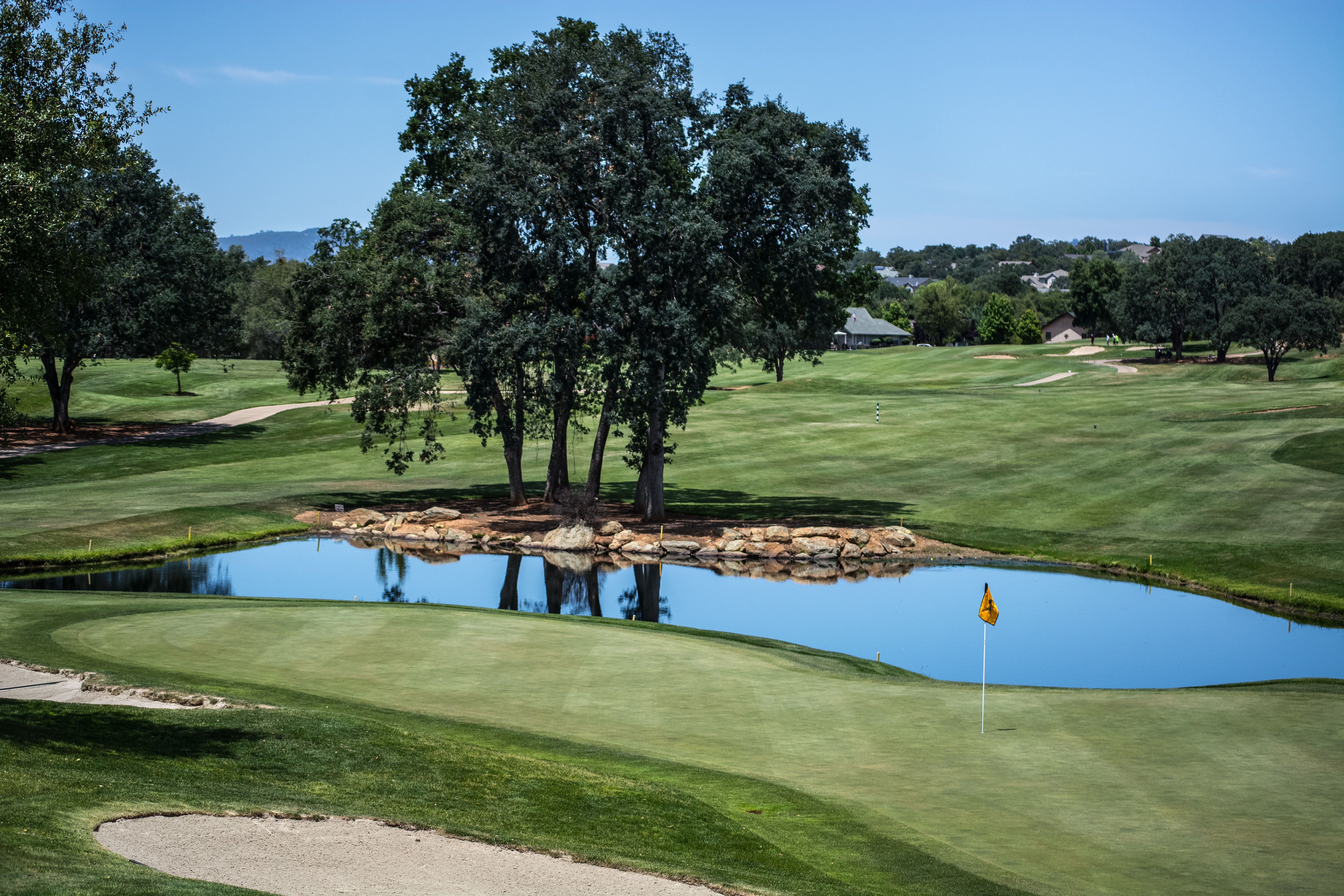 Before I knew it, The Comedian had me booked in for a lesson and I found a pair of very bright white golf shoes on my feet. One would suppose that having come this far, I may as well carry through.

A young whippersnapper marched me through the paces, stifling his shock that someone could be so appalling yet patiently coaxing me into the game. As a beginner, can I say there’s nothing quite like the humiliation of seeing other beginners hit the ball 100m in a straight line on their first go, when you struggle to even make contact with the ball and when you eventually do, it goes a spectacular 2 metres on a 90 degree angle? If it wasn’t for the expense that The Comedian had gone to, I would have chucked the club and headed to the bar for a gin.

It was then th 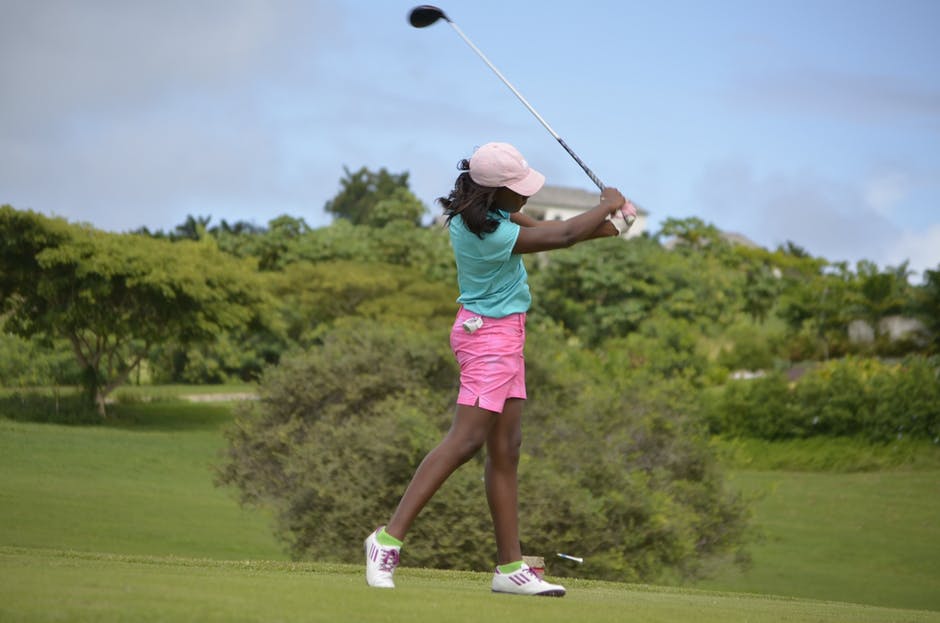 at I realised that the first skill in sport is psychological; not letting others psyche me out and trying to overcome the lifelong mantra that I was inept at sport. So, I pulled myself up by the golf-shoe straps, latched on a better attitude and committed to actually giving this thing a go.

Before long, I was making contact with the ball and sending it in a straight line – admittedly it didn’t go very far and hardly took flight but it was a step in the right direction and my confidence slowly increased. By the end of lesson two, I was hitting the ball 50 metres and it even went up – as opposed to skimming along the ground. For veteran golfers, this will sound alarmingly bad, but to those of you out there who struggle with profound sporting incompetence, I am sure you appreciate that small steps for others is an enormous step for me!!!

I played my first round of nine holes last week with The Comedian. I didn’t bother keeping a score but just enjoyed the sunshine and the exercise. This leads me to the material point about golf – it’s social and good exercise. For no other reason than it’s simply good for couples to have something they can do together, golf is a good game. The Comedian is jumping with excitement that I am now keen and able to [kind of, sort of] hit the ball. Through this, I’ve realised an invaluable thing about men – they like to do stuff together, unlike women who like to just talk about it. So, now I am giving our relationship a rebirth through recreation and it feels great. I am still appalling at golf and have never managed to hit further than 70m but I don’t care – I am taking my time and enjoying the v e r y s l o w pace of progress. If you’re over 50 and looking for relationship rejuvenation, exercise and fun, then call your local golf course and sign up for a lesson.

A final merit point about golf that beats almost all other sports is that you don’t have to squeeze into a pair of togs, a short netball skirt or even a pair of dreaded rompers. You can even go all designer Burberry which mixes this sport with my favourite Real Sport – shopping!

This is the best way to enjoy golf, for those that aren’t naturals at it like me!. I have the same mind attitude as the writter, and you met nice people too!

What me? I said to my cousin who suggested that I should try golf.Ha Ha. Me chase a little white ball all over the place,you have to be kidding. Now 2 years on I’ve joined a club,9 hole and am much fitter and tanned than I have ever been, even my Dr. cann’t believe the difference in me and my husband even comes to pull my trundler once a week for his exercise. Great game with great people, should have done years ago. 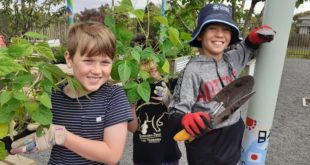 Whether by volunteering, or branching out on our own, we all want to make a ...