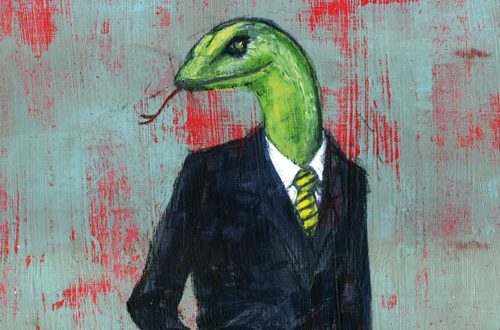 According to recent research, there’s an uncanny link between people in power, and psychopathic traits.  Just ask Mr Christian Grey.  Billionaire?  Check.  Sexual sociopath?  Definitely.  Or if you’re after evidence that’s a little more legitimate, check out this Fortune article calling out some of America’s greatest presidents.  Needless to say, Trump will probably be joining this list.

So is the whole ‘corporate psychopath’ thing serious?  The reality is that from fast food restaurants to high-flying law firms, psychopaths are all around us.

You probably know a psychopath, or two

Even experts admit that psychopathy is one of the most difficult disorders to spot.  This means that a person who comes across as normal or even charming can actually be a psychopath in disguise.

According to researchers, around 1% of the general population possess psychopathic traits.  These can be anything from a supernatural ability to turn on the charm to a serious talent for crisis management.  Other common traits include lying, being extremely persuasive and automatically intervening during emergencies.

And no, these traits don’t make your boss a cold-blooded killer.  In fact, one of the biggest misconceptions is that all psychopaths are criminals.  This is absolutely not true.  Often, psychopaths simply use their personality traits to get what they want, whether it’s a promotion, a relationship or simply their own way.

As psychopathy is a spectrum disorder, it can only be diagnosed using tools like the 20-point Hare Psychopathy Checklist.  It was developed by criminal psychologist Professor Robert Hare, with each criterion ranked on a three-point scale.  Scores of 30 or more qualify for a psychopathic diagnosis and scores of 40 indicate a pure, archetypal psychopath.

We know you’re probably dying to read the list, so here it is:

While some of these traits are alarming, others are all too familiar.  In fact, the average person scores around five points.  So, while some people may possess psychopathic traits that put them on the spectrum, it doesn’t necessarily mean that they’re Jack the Ripper worthy.

“There are people who are part-way up the scale, high enough to warrant an assessment for psychopathy, but not high enough up to cause problems.  Often they’re our friends, they’re fun to be around.  They might take advantage of us now and then, but usually, it’s subtle and they’re able to talk their way around it,” comments Hare.

Are psychopaths made or are they simply born?  Psychologists have been debating this question for decades.  Ultimately there’s no solid answer, with a combination of brain anatomy, genetics and a person’s unique environment all contributing to the development of psychopathic traits.

So, is it such a bad thing to be a psychopath?  According to American psychiatrist Hervey Cleckley, the answer is no.  In the 1940s he put forward the idea of ‘successful psychopathy’, a concept that refers to a psychopath’s ability to enjoy both interpersonal and occupational success.  With a few psychopathic tendencies thrown in for good measure.

British journalist Jon Ronson also supports the concept in his latest book, which claims that around 4% of CEOs are psychopaths, aka “snakes in suits”.   Australian studies have gone even further and claimed that over 21% of corporate executives act on clinical levels of psychopathic traits. Uh oh…

Dealing with “snakes in suits” 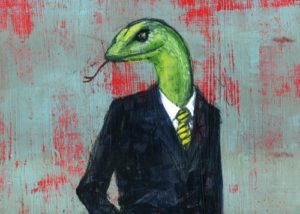 Which leads to the all-important question – how are you supposed to deal with a snake in a suit?

One of the biggest things to remember is that corporate psychopaths are smart.  They know how to flex their psychopathic traits to their advantage, without getting themselves in trouble.  They create smokescreens, manipulate others, pass the blame and most of the time, get away with it.

It’s hard, but you should never lose your nerve.  Build allies, stockpile evidence and look out for your peers.  Chances are, it’s not just you who’s suffering.  Talking about the situation with others can be helpful, and you can also raise your concerns with your HR department, if you have one.  You don’t have to use the word ‘psychopath’ but you can describe traits like bullying, manipulation, lying and so on.

Are you convinced that your boss is a psychopath?  We’d love to hear your stories… 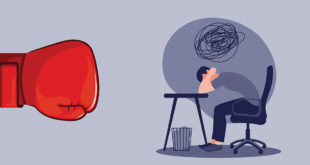 ‘Burnout and the Mobilisation of Energy’ is a radical new book by Annamaria Garden. Its ...