Living off the smell of an oily rag is not all about counting cents and saving dollars. It’s also about having fun. We thought we would have a bit of fun with readers by asking them to let us know how they hang their toilet roll: with the paper hanging to the front or the back and why! Some may say that’s getting a little up close and personal but not so the oily rag community who have responded in droves. We have received more responses to this survey than any other conducted by the oily rag research department – 1310 responses and there is still time to express your view by visiting www.oilyrag.co.nz.

Comments by those who said they hang it to the front included:

Those that hang to the back said they did so because:

There were other comments that brought a bit of a chuckle.

It seems paper to the front is the clear winner. Thank you to all those who have taken part in the survey and created a little bit of humour as we go about our oily rag days.

The Benefits of an Investment Fund 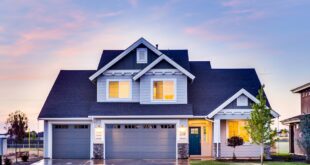 A rental property can be a valuable investment, but it’s not without its challenges. As a landlord you have to foot the bill if things go wrong with your tenants or property, and having the right insurance cover can help.