Last week S & P commented that they may have to downgrade various Credit Unions and Building Societies because these organisations mainly lend money on mortgages on housing, and house prices in Auckland are red hot
Savings & Investment

Last week S & P commented that they may have to downgrade various Credit Unions and Building Societies because these organisations mainly lend money on mortgages on housing, and house prices in Auckland are red hot. It is well known that the government is concerned about this, as is the Reserve Bank of NZ.

Nb. S & P's outlook on the main banks was unchanged.

Could a society or credit union really fail?

Indeed none may fail? Or could they all fail?

New Zealand's big four banks are all owned by Australian parents, that hold up to 8.4 times gross loans to equity. The perception of home loans is that they are low risk, but if we ever had an environment where home prices were to decline 20% to 30%, there would be a significant problem. PM capital said people assume home loans will be fine forever, like they thought in 2008 in the USA, and we all know how that turned out !

On the plus side

The four pillars policy is an Australian Government policy to maintain the separation of the four largest banks in Australia by rejecting any merger or acquisition between the four major banks, and the ensures the big four cannot be bought out or taken over either.

However no one really knows, if it came to the crunch, whether or not they would let their NZ subsidiaries fail whilst saving their Australian operations.

Is my money safe and in NZ credit union, or a major NZ bank?

We all know now that "what can't happen" sometimes does.

Banks are only a place for short term money

Banks are only a place with short-term money really – wages, short-term savings to buy a big item, a house and so on.

But to be err on the safe side, I would not keep any large sums in any one bank – diversify across several of them, just in case – and now.

"I never worry about action, but only inaction." – Winston Churchill

Anyway most of us can't afford to leave our money in a bank – we need it to earn more — we need it invested.

The rules of investment are:

"Many receive advice, only the wise profit from it." – Harper Lee

This article was supplied by Alan Clarke who is the author of a book entitled "Retire Richer" which is a practical guide for everyone age 25 to 85. Alan also writes a regular blog on www.investandretire.co.nz

Alan is an independent authorised financial adviser (AFA) and his disclosure statement is available on request and free of charge. 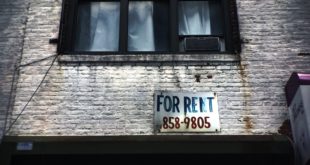 Is investing in property right for you?

What you can do with your retirement savings If you’re lucky enough to retire with ...