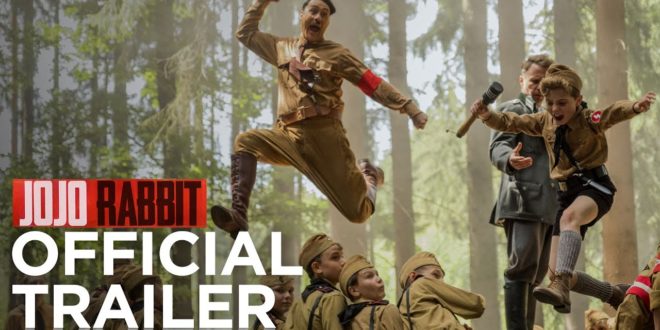 We have four great titles to choose from this month. To be in to win a copy of one of our DVD titles of the month simply click on the links below and enter your details along with your preferred title.

Jojo Rabbit is an anti-hate satire from ‘visionistical’ director Taika Waititi (Thor: Ragnarok, Hunt for the Wilderpeople), who brings his signature style of humour and pathos to an audacious and moving coming-of-age tale about tolerance. Jojo Rabbit follows a lonely German boy (Roman Griffin Davis as Jojo) whose world view is turned upside down when he discovers his single mother (Scarlett Johansson) is hiding a young Jewish girl (Thomasin McKenzie) in their attic. Aided only by his idiotic imaginary friend, Adolf Hitler (Taiki Waititi), Jojo must confront his blind nationalism.

From director Paul Feig (Bridesmaids) and Academy Award®-winning screenwriter Emma Thompson (Bridget Jones’s Baby) comes a heartfelt romantic comedy inspired by the unforgettable music of George Michael. Emilia Clarke (Game of Thrones) stars as Kate, who works as an elf at a year-round holiday shop. Kate faces an endless streak of bad luck and poor decision-making until she meets Tom (Henry Golding, Crazy Rich Asians), a kind-hearted man with a mysterious past who challenges her cynical world view. It seems like nothing can keep this mismatched couple together, but sometimes you gotta listen to your heart… and you gotta have faith.

Blinded by the Light

Set in 1987, during the austere days of Thatcher’s Britain, Blinded by the Light is a joyous, coming-of-age story about a teenager who learns to live life, understand his family and find his own voice through the words and music of Bruce Springsteen. Blinded by the Light is inspired by British journalist Sarfraz Manzoor’s memoir “Greetings From Bury Park.”

Academy Award®-winners Matt Damon and Christian Bale star in Ford v Ferrari, based on the remarkable true story of the visionary American car designer Carroll Shelby (Damon) and the fearless British-born driver Ken Miles (Bale), who together battled corporate interference, the laws of physics, and their own personal demons to build a revolutionary race car for Ford Motor Company and take on the dominating race cars of Enzo Ferrari at the 24 Hours of Le Mans in France in 1966.

T&C’s apply. Competition closes 1 March 2020.
Having trouble entering the competition? You must be logged in to enter this competition. If you’re not already a member, you can sign up today – membership is free and gives you access to everything GrownUps has to offer.
Like this article? Share & Connect Now!
Advertisement

Book Giveaway: The Sea Walks into a Wall 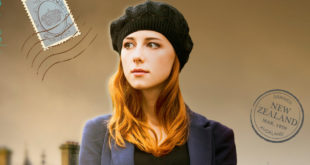 COMP CLOSED: Book Giveaway: The Other Side of the World

We are very pleased to be giving away two copies of Jenni Francis’s book, ...