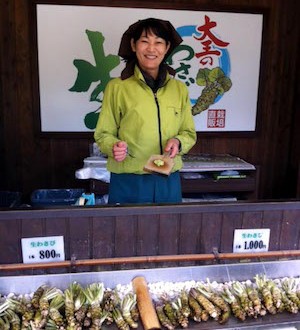 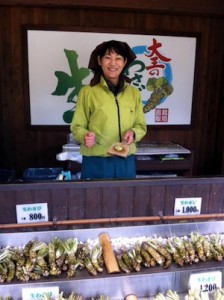 A visit to the Daio Wasabi Farm, a short train ride from Matsumoto, was a unique experience which we had in Japan recently.

When we arrived at the railway station a young man from the local bicycle hire shop was waiting for us. Here was an opportunity to take a ride on one of those sturdy old fashioned bicycles that are so popular in Japan.

We couldn’t resist, hired one each for a few hours, and with a map to guide us took a leisurely ride through the rural landscape until we came to the Wasabi Farm.

The Daio Wasabi farm is an old family business which is now also a tourist attraction. You can take a wander around the farm to see how wasabi is grown, buy wasabi snacks and ice-creams, eat in the wasabi restaurant and buy a large variety of wasabi based products in their store. 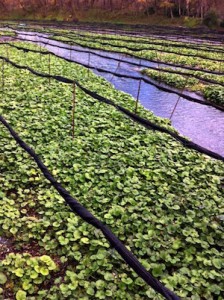 We had a chance to see freshly harvested wasabi close up. It looked like a knobbly root but it is actually the stem of the wasabi plant which grows mainly submerged in flowing water.

Wasabi needs to be finely grated before eating. We were offered a taste but warned that it would be hot! It was indeed pungent and made my throat tingle sharply but the heat soon evaporated. We also tried some fresh wasabi leaves which have the same spicy flavour as the wasabi stems.

There were some wasabi products we had no desire to try such as the wasabi beer, a virulent artificially coloured green brew. The wasabi ice-cream was more to our taste, as were the spicy wasabi covered peas. The croquettes with wasabi mayonnaise made for a tasty lunch.

“Not every Japanese person likes wasabi,” an elderly Japanese visitor told us. He said he certainly did not.

But even if you are not crazy about wasabi you would still enjoy taking a stroll along the walking trails around the farm. There are idyllic views over a network of small streams with clear flowing water which wasabi needs to grow. Along the way is somewhat eclectic collection of sculptures including a garden gnome. The Daio Shrine, which houses the spirit of Hachimen Daio the farm’s protector, is a feature.

On returning home from our Japanese holiday I was keen to play with some Japanese ingredients and to develop some new recipes. Wasabi was on my list.

How to build the perfect buddha bowl 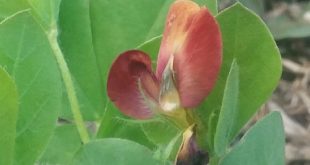 Flower power in the veggie garden

(Note – there is a ban on growing peas in some parts of the country. ...