The first thing you notice about Noosa is the lack of the high rises that are so prolific along other sections of the Queensland coast. With a well-established bylaw preventing any new buildings rising above the tree line, the whole of the township of around 50,000 people feels more laid back and leafy than some of its bigger, bolshier cousins down on the Gold Coast. The native plant life remains home to colonies of koalas and from our hotel room in Noosa Terrace we saw flocks of pelicans bathing in Noosa River in the morning light.

Escaping the cold Auckland September drizzle, we were in real need of some winter sun, and with ten straight days of it and 26C plus temperatures, we weren’t to be disappointed.

After driving up in a rental car from Brisbane, we began exploring the region, first checking out the gentile shopping on Hastings Street and the many beaches within a few minutes drive of the main township, then setting our sites further afield.

A much repeated favourite was taking a short ferry ride to the new development of Noosa Harbour near the town of Tewantin, where the mouth-watering seafood was accompanied by a couple of cool drinks under the big blue Queensland sky.

No visit to the Sunshine Cast would be complete without checking out the late Crocodile Hunter Steve Irwin’s Australia Zoo, where the 9000 seater ‘Crocosseum’ draws visitors all over the world with the crocodile encounters that made Irwin so famous. For us an encounter with Harriet, the giant tortoise that Darwin brought over from the Galapagos Islands, was rather impressive, with the old girl 150 years and still plodding around the park. 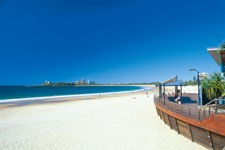 Turning away form the coast opens up another wide range of activities, with the Sunshine Coast hinterland rich with wineries, standout cafes, craft shops and galleries. Taking a bush walk from the village of Melaney, we drank in the spectacular view of the Glasshouse Mountains that was our reward for just a 30-minute stroll, and spent time searching for the elusive local kangaroo, which is the world’s smallest.

For a shopping fix we visited the popular Eumundi Markets, held twice weekly, where locals flock from miles around to peddle their produce and crafts. Just 20 minutes drive from Noosa, we enjoyed sampling local produce and again saw what I found a rather curious feature of almost every market we visited – various gifts made of household cutlery. It seems there was a whole cottage industry based on banging out old spoons and turning them into wind chimes or the like. Nice.

But the Sunshine Coast isn’t all gentile pursuits, and my heart was well and truly racing during a white-knuckle ride on a 24 seat, 150 horsepower inflatable in the surf beaches around Noosa. We rode the surf and dodged unsuspecting surfers, jumping waves that got us four or five feet in the air. I can vouch that it is great for anyone that doesn’t have a back or heart condition.

For those looking for a winter break with beaches, wine touring, shopping and sun, the Sunshine Coast is perfect, and this is now the best time of the year to book – just make sure you keep an eye out for the rather wild inhabitants. 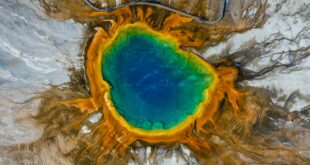