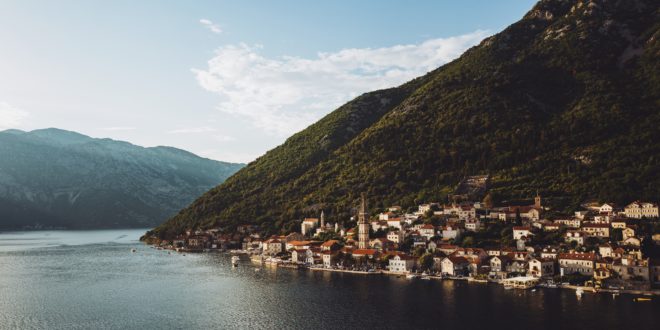 Lyn’s travels in the Balkans: Part one

“Do it!” My much travelled sister said when we told her we were thinking of the Balkans as our next destination. She’d loved visiting Croatia. There was only one snag!

“You’ll have to climb up and down a great many stairs, often without handrails so a trolley suitcase is unsuitable. You will have to take backpacks.”

Fitting all-weather clothing, medications, make-up, camera, etc into a 55 litre backpack was a challenge. I managed to whittle my luggage down to 8.2 kg but when I tried walking around with it on it felt cumbersome and I wondered if my old back would last the distance! (Fortunately it did).

We flew from Vienna to Montenegro’s capital Podgorica and from there we’d booked a taxi to Kotor where we planned to stay for a few days before heading for Croatia.

Kotor is one of the best preserved medieval towns in the Adriatic Region and is a UNESCO World Heritage Site. 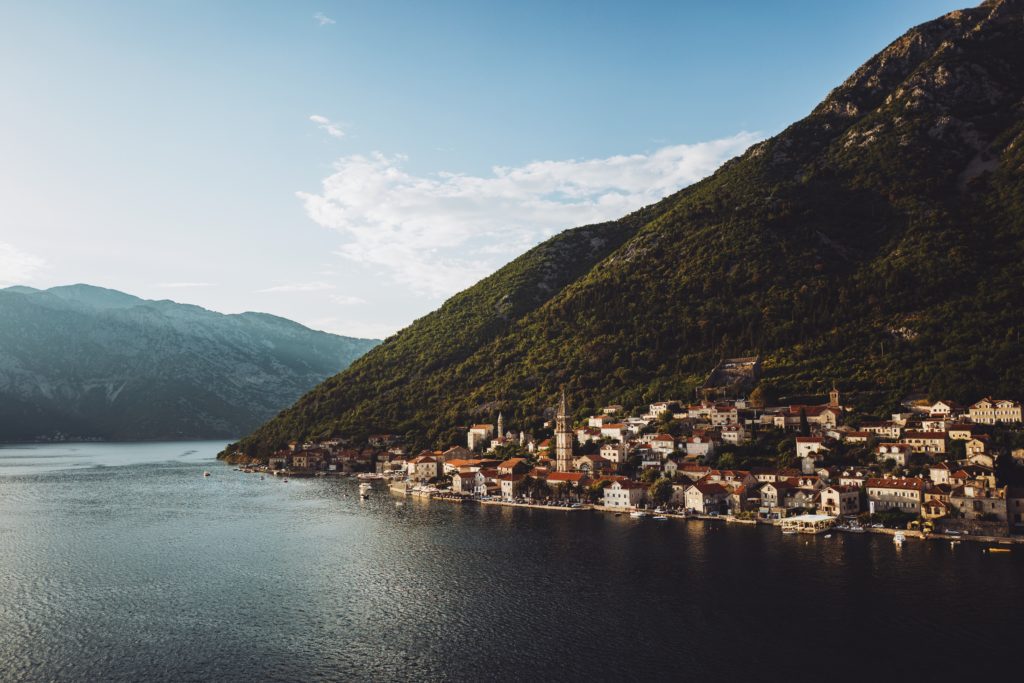 It dates back to Roman times but was ruled by various empires, including a long spell under the Venetians. In more recent times it was part of Yugoslavia until 2006 when Montenegro became independent.

It turned out to be a hazardous journey as our taxi driver busied himself texting rather than concentrating on the traffic. He also insisted, despite John’s protestations, on dropping us off at the wrong end of town, a considerable distance from where we would be staying. Then he overcharged us as well (apparently not uncommon in this part of the world). Texting while driving is illegal in Montenegro. We complained to the taxi company (Taxi Montenegro). There was no reply.

But we received a very warm welcome from our apartment hosts who sent their son Marko to greet us and help carry our luggage.

Our apartment (Apartment Marko, Stari Grad, Old Town) was within the city walls. It had 2 bedrooms, was modern inside and tastefully decorated but was still much cheaper than a hotel. Another plus was the little patio where we could sit outside with a drink and enjoy the sunshine and hang our washing out to dry.

“Just enjoy wandering around and getting lost” say the guidebooks about Kotor. This was easy to do as the old town is a maze of nameless and numberless narrow cobbled streets, all within a few hundred metres. It has been likened to a messy spider’s web. 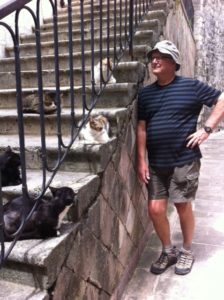 The old buildings have been carefully restored after a devastating 1979 earthquake which left much of the town in ruins.

But what makes Kotor truly unique is that it is full of cats! Yes felines rule here. Around every corner you’ll spot stray moggies, all sleek and healthy as the locals put food out for them. There are endless cat souvenirs. There is even a cat museum. Gareth Morgan would be appalled. But for cat lovers it’s paradise. How they arrived here is shrouded in mystery but it is thought that when Kotor was a busy trading port some jumped ship.

Check back tomorrow to read Part Two, about a visit to the Church of St Mikhail, a boat trip to a small man-made island and the food.