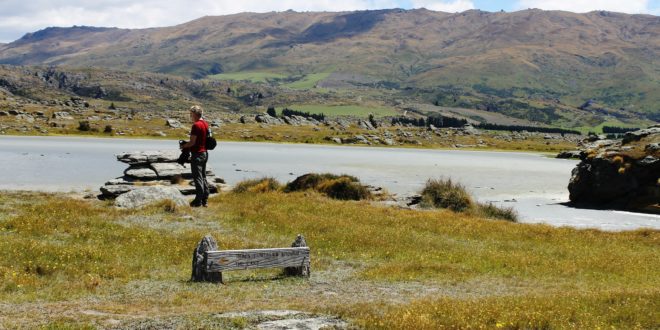 Surrounded by wild flowers, whispering grassland, and weirdly shaped schist tors, New Zealand’s only inland salt water lake is arguably one of our most mysterious destinations. Yet despite having the impressive Rock and Pillar range as its backdrop, and being just a short walk from a road, Sutton Salt Lake is a hidden jewel that few have ever discovered. Just an hour’s drive from Dunedin, and 9.5km from Middlemarch, the lake is only a stone’s throw off highway 87. When filled with water, it occupies an area of around 2 hectares, and is about 1 metre deep. Rather than being fed by surrounding creeks and streams, the lake relies on rainwater to fill it. For periods during summer, when near drought conditions prevail, moisture-sapping winds sweep across the barren Otago landscape leaving the lake completely dry. 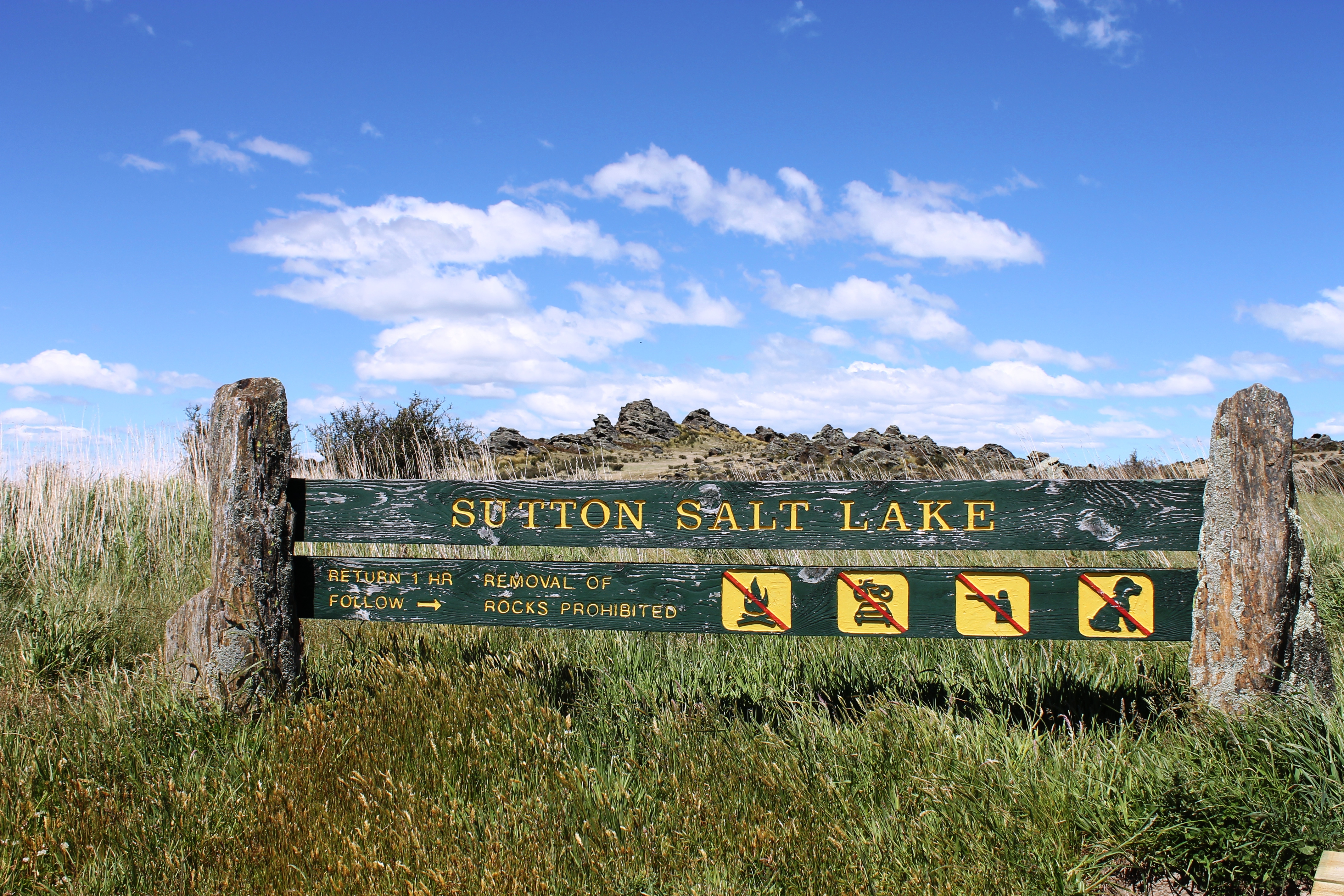 Most of the world’s salt lakes are found in year-round arid regions (think ‘Dead Sea’) but Sutton Salt Lake experiences a cool-temperate climate. What’s more, the salt doesn’t leach into the lake from the surrounding land; it arrives with clouds, filled with salt particles that have been forced into the air from the turbulent action of sea. These clouds travel 50 kilometres from the coast to drop rain that eventually falls into the lake. Cycles of rainfall (the lake receives around 500mm of precipitation a year) followed by evaporation, leave the depression filled with salt so that, today, Sutton Lake was has a salinity that is around a half that of seawater. 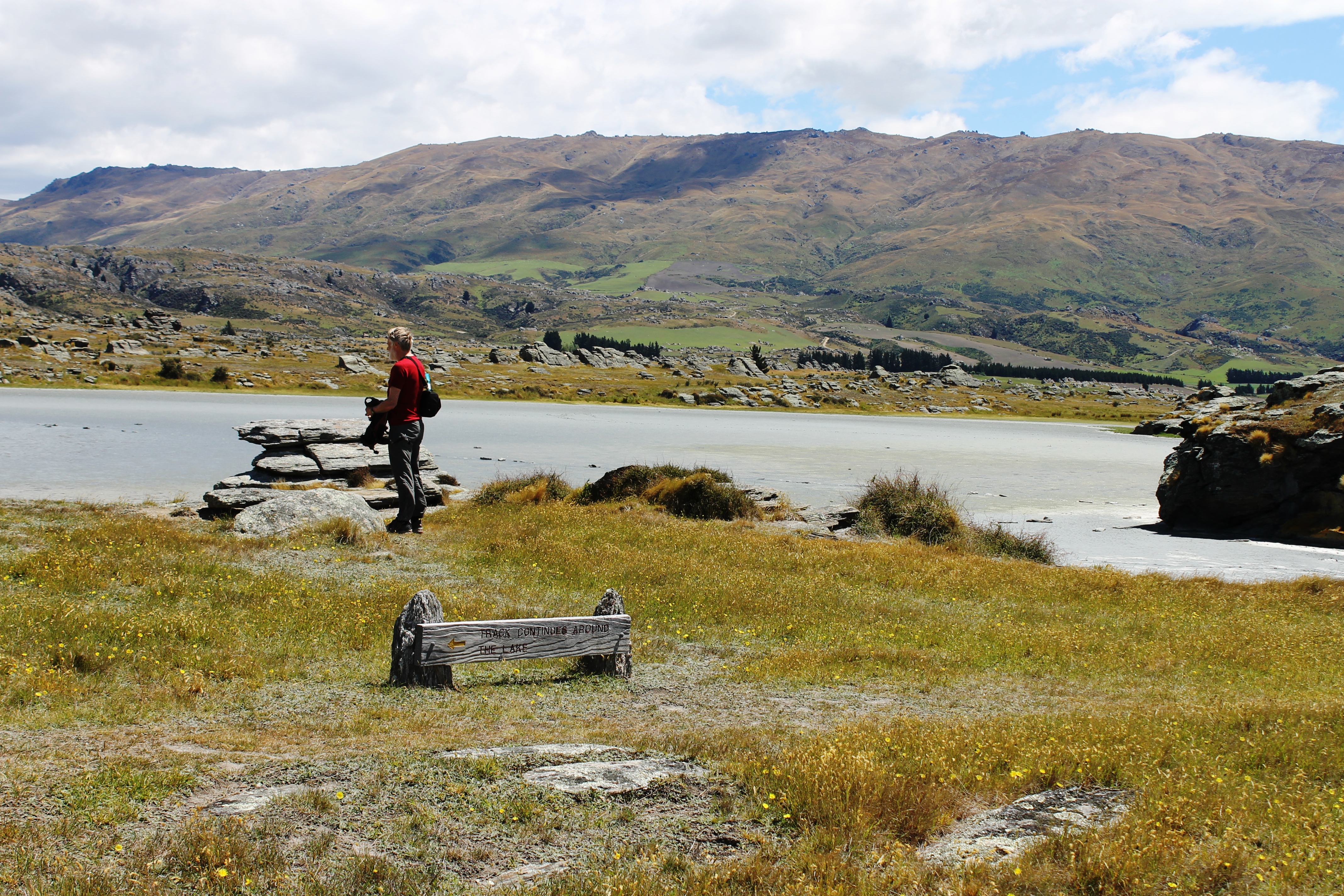 Visit the lake in summer and you can expect to experience it as a strange grey crust broken into almost symmetrical patterns. In the cooler seasons, when the lake is filled with water, it can appear crystal clear beneath the bright blue Maniatoto sky, and offer breath-taking reflections. It is a body of water that takes many birders by surprise as it is often frequented by waders, such as herons, and other water birds, feeding on tiny insects that have adapted to live in the salty environment.

To reach the lake, leave your car in the park at the entrance to the reserve. Wear comfortable walking shoes for the 1 hour, 3.5km return walk, and be sure to allow extra time for photography (this is seriously scenic country). Carry a water bottle in summer as the surrounding terrain offers no shelter from the sun. In winter, be prepared for biting winds and snow that can fall at any time at this 204m elevation. 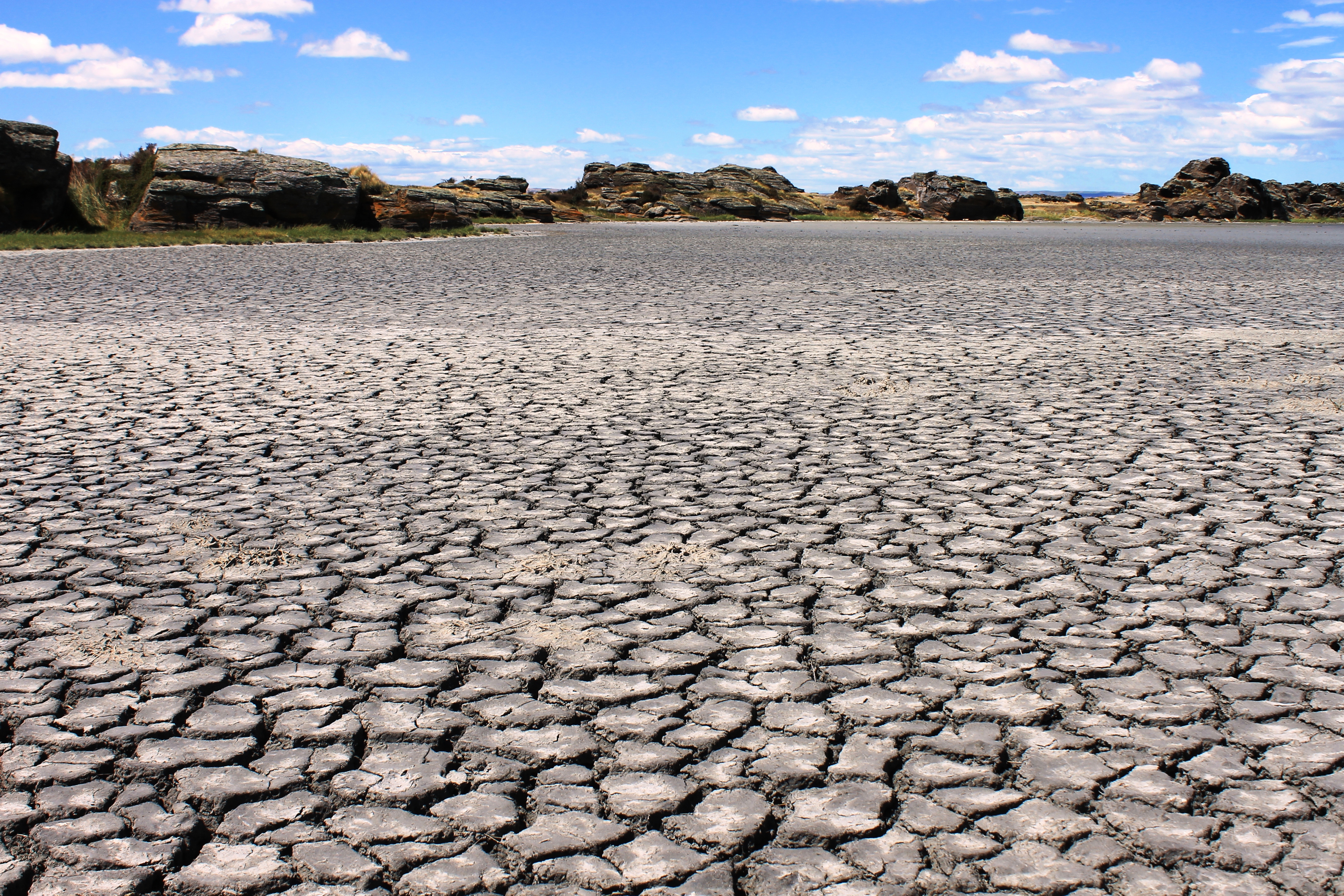 If you’d rather visit the lake without having to drive, check out the scenic train excursions which occasionally run from Dunedin to Middlemarch through the Taieri River Gorge. As well as the ride, guided tours of the lake are on offer.

When you’ve finished exploring mysterious Sutton Lake, relax in Middlemarch at the Kissing-Gate Café, and people-watch to your heart’s content as tired cyclists, fresh off the Central Otago rail trail, park their bikes and seek shelter from the winds that rattle the small town.