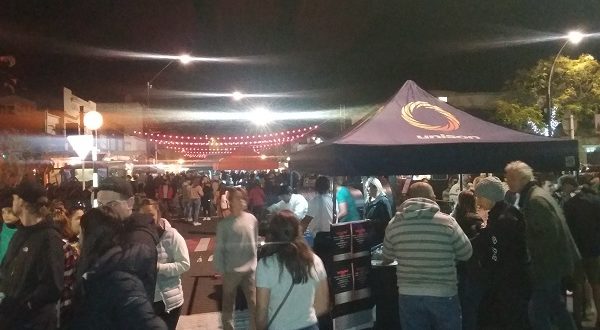 Rotorua literally ‘bubbles over’ with geysers, hot pools and glugging silica. But when you’ve had your fill of sulphur delights, zipped through the redwood forest, and checked out the Government Gardens, the place to be (if you’re in town on a Thursday) is the Rotorua Night Market. This groovy, family-friendly market runs from 5pm to 9pm (except in a downpour!) and serves up a massive variety of ethnic foods, including stalls that cater for vegetarians and vegans. And we’re not talking tofu – we’re talking crispy vegan bacon, ‘meaty’ hamburgers, and mouth watering ‘cheeses’. 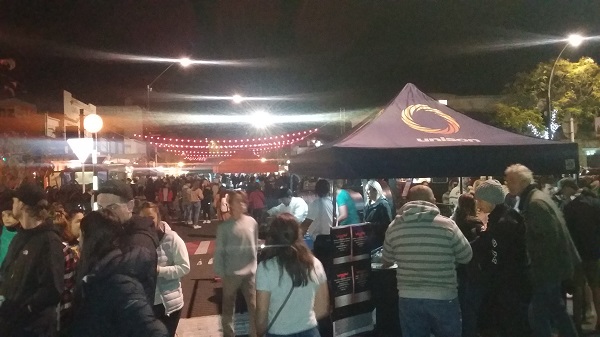 Don’t be in a hurry to choose your takeaway, because the food tents stretch for at least a block. On your way down the crowded but friendly corridors, you’ll soon discover the steamed and fried dumpling stall, where the food is so popular the queues have a way of disappearing onto the crowd. But don’t give up. Service is fast and efficient and the tasty morsels (all served in recyclable cardboard containers and with a wooden fork) are worth the short wait.

Cheese-lovers should lookout for the Brie sandwiches which come coated in crumbs and find their way into a deep fryer en route to your plate! If you’re a raclette (melted French cheese) connoisseur, don’t go past the Holy Cheese servery where your favourite melted dairy coats everything from BBQ Pork to Chicken Chasseur.

But where the first course of the night gets seriously interesting is at Nabih Mansour’s falafel tent. Nabih was born in Palestine in 1947, and at the age of just 6 months he and his family were forced from their village by the Palestine war which saw 700,000 Palestinians turned into refugees virtually overnight. His sister carried him to safety in a basket on her head and thus began a life on the move.

Nabih’s now wife, Kate, first met Nabih in Abu Dhabi in 1979 when she was visiting there with her first husband. Nabih kept in touch with the couple, and when Kate sadly lost her husband to cancer several years later, she and Nabih’s friendship grew to a new level. Kate headed to Abhu Dhabi and after 6 years of teaching there, had to return to New Zealand to be with her elderly parents. When she asked Nabih to join her, he immediately said ‘yes’. The couple began their night market stall nine years ago in response to Nabih’s love of cooking, and now market goers can’t get enough of his authentic Palestinian falafel and hummus.

When you’ve had your fill of savoury treats, the tent to head for is ‘Baked with Love’ where the cakes and mini-loaves are nothing short of eye-candy. If you like your muffins gooey, sticky and running with caramel, they’ve got them! Chocolate cupcakes with a glitter-lattice topping? No problem! Oh, and did we hear you sigh “But I’m gluten intolerant”? That’s not a problem for dynamic baking-duo Kim and Scott Forsythe whose one wish is to make people happy! Their gluten-free cakes are super pretty (and pretty-delicious).

Once you have your dinner sorted, make your way to the end of the street for the night’s musical entertainment. New performers take the stage each week, and if you have little ones with you, settle them down on the rug close to the stage to enjoy some outdoor play with wooden blocks.

There’s something for everyone at the Rotorua Night Market – so be sure to be in the city on a Thursday evening!