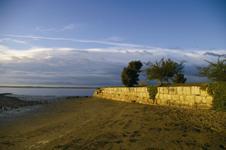 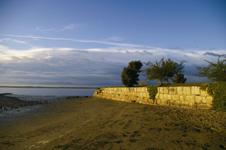 That was my first "visit" and it lasted all of three days. But I had passed through the town about two years earlier on one of the first ever car launches I attended & and my memories of that trip were confirmed by that latter three day visit & Motueka was a bit of a frontier town largely based on a single entity & tobacco. On both of those visits my lasting memory is of fields of plants with large, lustrous, dark green leaves and tall drying kilns.

Tobacco was very much the king of Motueka and the surrounding area. The industry tried other areas, in fact Rothmans was based in Napier, but nowhere could really match Motueka. Tobacco brought consistent wealth to Motueka. Apart from the usual natural difficulties that all farmers face, the market demand for tobacco wasn't as cyclical as other crops or farm produce. At present we're in the grip of a dairy boom. But wool has also had its boom times as has beef, kiwifruit etcetera. But the demand for tobacco was constantly on the increase. Tobacco, like all other crops, needs to be harvested and this was a labour intensive industry & tobacco attracted hordes of seasonal pickers to the region. The population swelled by many, many times.

The pickers came from all over New Zealand and Australia. Many tobacco farms were small in size & think orchards rather than sheep stations and you are heading in the right direction and they had a single kiln to dry the 'baccy in. But there were bigger farmers too of course and these people became very wealthy and very influential in the district & your position in society was judged by how many kilns you had.

But, regardless of the size of the tobacco farm, the operation was the same. The pickers lived in small, very basic baches, or cribs on the job. On this latest voyage of discovery I visited Eric Ellis's former tobacco farm up the Motueka Valley. It was about 5 acres and would have been typical of its time. Some distance from the homestead and the drying kiln there were three baches that would have slept eight or nine people and there was a common wash-house.

The pickers lived on the job and it was invariably, hard, hot, dirty, sticky work. The tobacco leaves oozed juice that was black and clung to the skin and clothing so that the evening ablutions were long. The working and living conditions probably wouldn't be accepted today. It's easy to look back on those days and imagine the romance of the seasonal work. The never-ending summers. The long, hard hours of work in the open-air, going to bed sunbaked and worn-out, of making new mates and meeting old ones. The one-night stands, short-term affairs and long-term relationships that sometimes ended in marriage.

But the truth is that Motueka was very much that frontier town I mentioned earlier.  Motueka was, and remains, much more a "backwater, a "destination: than a place you pass through. You go to Motueka (and beyond), for a reason. This still gives it a sense of isolation. And because of this, combined with the seasonal flood of cash, the visiting workers and the natural habits of the human being, Motueka could be a rough, tough place in the picking season.  Come Friday night the pickers had worked up a powerful thirst for both beer and socialising. Many didn't own their own transport, so buses would do the rounds of the tobacco farms transporting the workers into town.

Legend has it that Motueka had a tough old bird as the police sergeant and he would meet the buses on arrival in town and he would send known trouble-makers back and not let them off the bus. There were four pubs & the Post Office, the Riwaka, the Motueka and the White Swan & or Dirty Duck as it was better known. The latter has only recently been pulled down. The Motueka Hotel had "standards" & you had to meet a dress and behavioural codes to get in, so it was the pub for local gentry. The others became the watering holes for the pickers.

Friday night invariably ended up with widespread drunkeness, brawls and probably swift justice.  It was hard, hot work. The ground around the tobacco plants had to be constantly weeded to avoid contamination of the leaves, so people with long-handled torpedo hoes would spend all day in the sun just shuffling the hoes backwards and forwards in the earth. The mature leaves were picked weekly off each plant & that's the reason the season lasted most of the summer. Once picked, the leaves were tied by the stalk, four at a time into a "hank" by women and then taken to the kiln for drying.

I looked at Eric's kiln and was surprised. I had no idea of how tobacco is grown and processed even though I used to smoke. I used to love the smell of tobacco. In fact, I still do. When I visit Europe I enjoy walking into a small, specialised cigarette shop (tabac) and just inhaling. I visited the home of Tasman District mayor John Hurley who was the last in a family of tobacco farmers and who headed the tobacco industry in the Motueka area. John still has an uncut hank of tobacco in storage and he pulled it open and invited me to smell. I held it close and inhaled & deeply. The aroma is sensual.

The heat in the kilns where the tobacco was dried was enormous. The fire was set in a solid, stand-alone bunker in an adjacent shed and the heat funnelled into the kiln via huge ducts and electric fans. In some, the heat was directed in from the bottom (updraft) in others from the top (downdraft). The risk of fire was very high and each summer the volunteer fire brigade was stretched putting out kiln fires.

But it all came to an end. The health and anti-social aspects of tobacco became a government issue and tobacco was phased out over about a ten year period leaving Motueka to find something new to replace it.