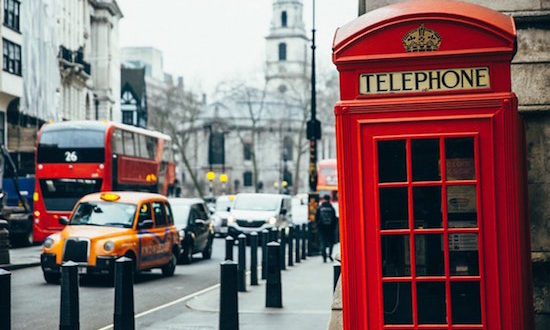 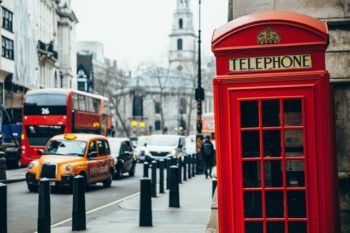 From Shakespeare and The Beatles to Kate Middleton’s wonderfully bouncy blow-dry, the UK is one of the world’s most iconic destinations. And while they do claim to speak English, often it can seem like Brits are wagging their tongues in an entirely different language. From thick Scottish slurs to musical Welsh ramblings, deciphering accents is all part of the fun. Then there’s the food which also needs an entire dictionary unto itself. So how on earth is a foreign visitor expected to succeed?

Battle on, old chum, battle on…

Just kidding. To help you out we’ve put together a definitive guide to holidaying in the UK.

What defines the UK?
First things first, don’t ever mistake an Englishman for a Scotsman or you’ll be in a world of trouble. As a whole, the United Kingdom includes England, Scotland, Wales and Northern Ireland. Southern Ireland (now called the Republic of Ireland) is not part of the UK so don’t lump them in as they’re fierce about their independence. Great Britain is also a popular term, though it’s not exactly interchangeable as it only encompasses England, Scotland and Wales.

How long can I stay without a visa?
Thanks to generous visa laws, New Zealand passport holders can enter the UK for up to six months without a visa. This means you can plan a holiday for as long as you like.

What’s the local currency?
England, Scotland, Wales and Northern Ireland all use British Pound Sterling, aka the pound. Or if you want to embrace the local lingo, quid. Just don’t pluralise or you’ll look like a mug (that’s British for fool.) It’s one quid and ten quid, not one quid and ten quids. If you’re visiting The Republic of Ireland you’ll need Euros so don’t forget to stock up.

Do I need to tip?
Tipping culture in the UK is more prolific than in NZ, but nowhere near as common as the USA. As a general rule tip 10% in all restaurants, and 50p or so if you’re ordering coffees or drinks. Unlike NZ, hospitality wages in the UK are borderline crumbs and peanuts which means wait staff heavily rely on gratuities. Not sure how much to give? Try using the local phrase “and one for yourself” when you hand over cash at a pub or bar. This gives the bartender permission to keep a little for themselves, usually anything from 50p to a pound. When in doubt, simply pay in cash and round up.

Transfers to and from the airport
Whether you’re departing from Auckland, Sydney or Singapore, we guarantee you won’t want to deal with public transport when you touch down in the UK after 20+ hours in transit. That’s why we always rely on House of Travel to hook us up with airport transfers in advance. That feeling of relief when you step into the arrival lounge and see someone holding up a sign with your name on it is utterly priceless. Of course, if you’re an intrepid traveller you can always tackle public transport. London’s tube system is famously efficient, and you’ll probably want to use it to navigate your way around Old Blighty. 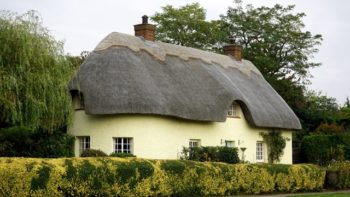 Getting around
Speaking of getting around. From London and Manchester to Birmingham and Edinburgh, all major UK cities are powered by great public transport networks. Uber is all over London and can be a great way to zip around. Taxis can be also be competitively priced so try mixing it up and seeing what works for you. If you’re travelling between cities trains are a fabulous way to get from A to B. For example, the trip from London to Manchester takes just two hours, compared to five hours in a car.

What about the weather?
The UK is famous for its blustery weather, but visit in summer and there’s every chance of sunshine. Being in the northern hemisphere the seasons are more or less opposite to New Zealand, with summer peaking in August and winter setting in come November. Late spring (May) and early autumn (September) are great options if you don’t want to pay ‘high season’ prices but still want to enjoy milder weather. Christmas can be expensive, but with a dusting of snow and sparkling night markets it’s a magical time to visit.

Learning the lingo
Sure, they speak English. But that doesn’t mean you’ll understand! When in doubt, just nod and smile. Or check out this UK lingo guide for everything you need to know about embracing the local dialect.

Humour
The only thing you need to know about UK humour is that sarcasm is rife, so just embrace it. And remember, jokes can be droll and dry, to the point that you may not even realise one’s being made.

Getting your caffeine fix
Unfortunately, the UK just hasn’t caught on to the whole beautifully crafted coffee concept. Unlike NZ and Australia, chain coffee shops are actually pretty good so duck into Costa, Cafe Nero, Pret a Manger and even Starbucks for a semi-decent flat white. Order coffee in a pub and be prepared to sip on watery brown muck. Sorry Brits, it’s true! 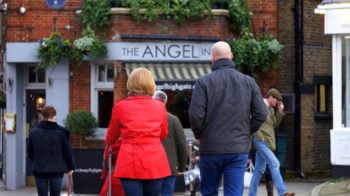 Where to have fun
An Englishman, and Irishman, a Scotsman and a Welshman walk into a bar… It’s an iconic joke introduction for a reason! The UK loves its pubs, which means sipping on a pint of room temperature Doom Bar in a cosy tavern is a rite of passage. In summer beer gardens are the absolute best place to enjoy the sunshine.

Chocolate
If you love chocolate sinking your teeth into a slab of UK Cadbury’s is an absolute must. Trust us, the difference will make your mouth water.

Mobile usage – to roam or not to roam?
From Google Maps to TripAdvisor, access to a mobile phone will make your trip so much easier. If your phone is unlocked it’s easy to drop by a carrier like Orange, Vodafone, Three or O2 and pick up a local sim card. HOT tip: There’s a comparison website for almost every service in the UK so jump online and check out what SIM-only plan will work the best for you.

Top eats
Let’s face it, eating your way through a destination is always a highlight. In the UK there are some iconic dishes you need to try, starting with a Sunday roast dinner at a traditional pub. Make sure you get a serving of Yorkshire pudding, a savoury battered soufflé that elevates the dish to another level. Next up is afternoon tea, preferably served as a stately home or upmarket hotel. If you can find somewhere serving Cornish clotted cream you won’t regret it. Basically a glorified cheese on toast, Welsh Rarebit will tantalise your taste buds with a touch of stout, an egg yolk and a dash of English mustard. A fried Mars Bar is a must in Scotland, as is a heart serving of haggis. Just don’t ask what’s in it. On a chilly morning there’s nothing better than wolfing down a bacon butty, aka a bread roll bursting with fried bacon, hot potato chips and lashings of tomato ketchup. Or if you’re hungry, indulge in a Full English breakfast.

Insider tips
Chat to a travel consultant at House of Travel and they’ll clue you up with a thing or two about how to navigate the UK like a pro. We love their latest “Dine in for Two” from Marks & Spencer’s tip, which is perfect if you’re staying in an Airbnb. Not only will you get to explore the iconic department store but you can also score a main, side and dessert all for a tenner – plus a bottle of European wine. And in true “Marks and Sparkles” style you’ll be treated to premium choices, including 21-day matured Sirloin steaks, smoked sea bass and Scottish salmon fillets.

Free stuff in the capital
London needn’t break the bank, with a plethora of free activities and attractions to tick off. In fact, if you’re on a budget there’s no better city to be. From world class museums to fascinating walking tours, there’s so much to do.

Power up
You’ll want to keep your devices charged so don’t forget to pack a type G power socket with standard voltage of 230 V and standard frequency of 50 Hz. Your local travel store should be able to hook you up, or simply purchase one at the airport.