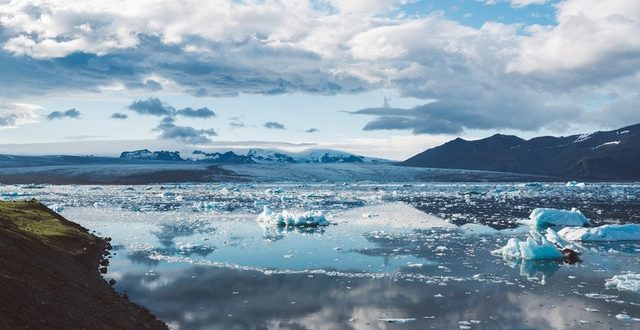 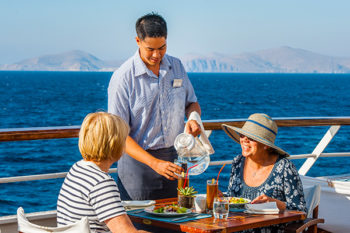 From cities that make your heart beat faster to the kind of scenery that takes your breath away, Voyages to Antiquity’s Grand Circumnavigation of Britain and Iceland voyage has it all. Double decker buses and royal palaces? Check. Smoking volcanoes and steaming geysers? Check. Lashings of history, culture and local immersion? Check, check, check.

Curated by the line’s expert team of trip planners, the itinerary combines the best of the UK with the crème de la crème of Iceland. The result is 32 incredible days, and over 20 diverse destinations. All unfolding aboard a beautiful small ship that won’t overwhelm but will always over-deliver. So what destinations have us scrambling to request holiday leave?

1. London, England
London. The UK’s capital of contradictions. Old yet modern. Overwhelming but relaxing. Bursting at the seams yet strangely intimate. With this in mind, Voyages to Antiquity has dedicated an entire day to exploring the Big Smoke. A good way to find your London bearings is with a revolution on the iconic London Eye. Rising 135 metres above the Thames, there’s no better way to scope out the sheer enormity of the city. Want to gaze up at enormous dinosaur skeletons, marvel at ancient fossils and be dazzled by gemstones? Make a bee-line for the interactive exhibits at London’s acclaimed Natural History Museum. Admission, like many of London’s top museums, is 100% free which means you can save your cash for a serving of Blighty’s traditional fish and chips Tastes just like home. Until they add gravy, mushy peas or worse, neon coloured curry sauce.

2. Lerwick, Shetland Islands, Scotland
Scotland may have a reputation for being a little blustery but no matter what the weather, the Shetland Islands are nothing short of stunning. An icy wind will nip relentlessly at your neck, so don’t forget to pack a scarf. Welcome to Lerwick, Britain’s most northerly town. Distinctly maritime, it’s anchored by a pretty harbour dotted with brightly coloured wooden dinghies, sailboats and fishing fleets. The water is quintessentially Scottish – i.e. steel grey and icy cold. But that hasn’t stopped the Scots from embracing the sea. Lerwick is famous for its lodberries, stone houses that quite literally jut out into the sea. You’ll probably feel the chill, so why not warm up with a coffee and creamy piece of Scottish tablet on upbeat Commercial Street? 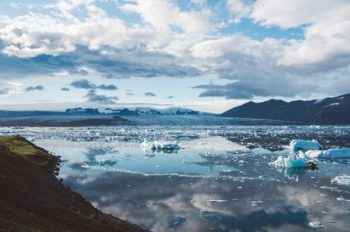 3. Heimaey, Iceland
With their brightly coloured beaks and comical attitudes, puffins have got to be one of the world’s quirkiest birds. Heimaey is home to one of Europe’s impressive puffin colonies, where these plump little characters waddle, fly and glide along the island’s sheer sea cliffs. No doubt about it, they’ll win your heart within minutes.

4. The Golden Circle, Iceland
Spanning for 300 kilometres from Reykjavík and back, the Golden Circle is dotted with iconic Icelandic experiences. First stop is Haukadalur, a geothermal area about 60 kilometres from Þingvellir National Park. Watching the Strokkur geyser shoot scalding water 100 feet into the air every 10 minutes or so is a humbling experience. You’ll then get to stare up at the thunderous Gullfoss waterfall, where the mighty Hvítá river abruptly disappears into a deep ravine. Mother Nature, we salute you.

5. Akureyri, Iceland
Iceland, we’re not finished with you just yet. Nestled in the crook of the Eyjafjordur fjord and dwarfed by immense volcanic mountains, Akureyri is one of Iceland’s most enchanting cities. The population barely breaks 20 thousand, which makes it a speck of urban dust in a land of giants. Every night a blanket of stars envelopes the city, and it’s best to watch your head because the glow can feel amazingly close. Beyond its urban charm, Akureyri serves as a gateway to shimmering Lake Mývatn, the dramatic Ásbyrgi canyon and a host of tumbling waterfalls. If you’re feeling intrepid you can travel further afield to a mecca of pseudo-craters, lava and geothermal fields. Or, simply stay put and take in the hip cafes, trendy restaurants and independent art galleries.

6. Dublin, Republic of Ireland
Arrive thirsty, because Dublin will quickly have you reaching for a pint of Guinness. The craic (Irish for fun) is in abundance here, and the locals have hearts of gold. The city is anchored by iconic Grafton Street, a lively thoroughfare lined with a labyrinth of cobbled streets. A stroll along the River Liffey is a great way to slow down the pace, or work off a pint of Guinness. Speaking of which… Whether you love the “black stuff” or not a tour of the legendary Guinness Storehouse is a must. You can also visit the Jameson Distillery, then head to the famous Temple Bar to enjoy a dram. If you’re a fan of poetry don’t forget to pencil in a visit to the Oscar Wilde House at 1 Merrion Square. Pure literary magic. 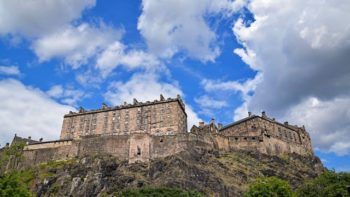 7. Edinburgh, Scotland
Edinburgh isn’t exactly the sunniest city in Scotland, so it’s lucky that it looks just as beguiling in a cloak of wintery grey as it does on a fine summer’s day. This stately city is one handsome brute, with locals lovingly nicknaming it Auld Reekie. Don’t worry, the stench has long disappeared. The first thing you’ll notice is the skyline, with church spires, clock towers and soaring brick chimneys dominating the scene. Of course, the mighty Edinburgh Castle steals the spotlight, towering above the city on a 700 million year old extinct volcano. Edinburgh looks grand from every angle, but the best views are always from Calton Hill. Or Arthur’s Seat if you feel like working up a sweat. Strolling along the Royal Mile is a rite of passage, stopping to get lost down narrow side streets and steep cobblestone staircase every now and then. If you’re looking for souvenirs you’re in luck, because the Royal Mile is exploding with more tartan than you could throw a highland cattle at. On a sunny day Princes Street Gardens is strewn with picnickers, while Princes Street itself attracts legions of high street shoppers. Feeling extravagant? Why not splurge on afternoon tea at The Dome, a magnificent building that’s been enchanting New Town goers since 1775.

Great article, I was in UK London last autumn. I think it’s a perfect season for travelling. London is incredibly beautiful city